Love and copulation : Sex in East Germany: natural and accepted in daily life

East Germany's sex laws were more progressive than West Germany's and homosexuals took advantage even after the two Germanies united.

Berlin - Just as the unification of the two German states was conceived amid the very great imbalance that existed at the time, the West would have been happy if the East simply became what the West already was. Meaningful East German laws weren't allowed to remain on the books so that in the end, the green arrow [allowing right turns on red] at traffic lights became almost the only example that people remember.

But there were areas where the East was ahead of the West. Their adoption would have strengthened the East Germans' self-confidence and brought West Germans positive experiences of unification. Literally, when it comes to love and sexuality. In the first half of the 1990s, legal differences for same-sex relationships were tolerated because what was not allowed to exist could not be. Eventually, laws similar to those in East Germany were secretly introduced throughout Germany.

Adult men in East Germany – and after unification in eastern Berlin and the East German states – were allowed to have sex with young men from the age of 14 with impunity. It was only illegal if it was also illegal for heterosexual relationships between adults and young people, for example in relationships with power dynamics. In the West it had always been a criminal offense for adult men. For gays, the Wall remained in Berlin after October 3, 1990, and so they went to the East to make love.

The pill and abortions were free to East German citizens and there was no obligation to seek professional advice before their use.

Socially, there were quite comparable reservations in both parts of Germany, as the fantastic film Coming Out by Heiner Carow showed in 1989. But the legal framework was freer in the East.  The social atmosphere allowed women to better determine their own sexuality. Contraception and abortion were much better regulated from the 1970s onwards than in the West. Incidentally, the corresponding law was one of the few that the Volkskammer passed with dissenting votes and abstentions. These came from the ranks of the CDU. The pill and abortions were free to East German citizens and there was no obligation to seek professional advice before their use. 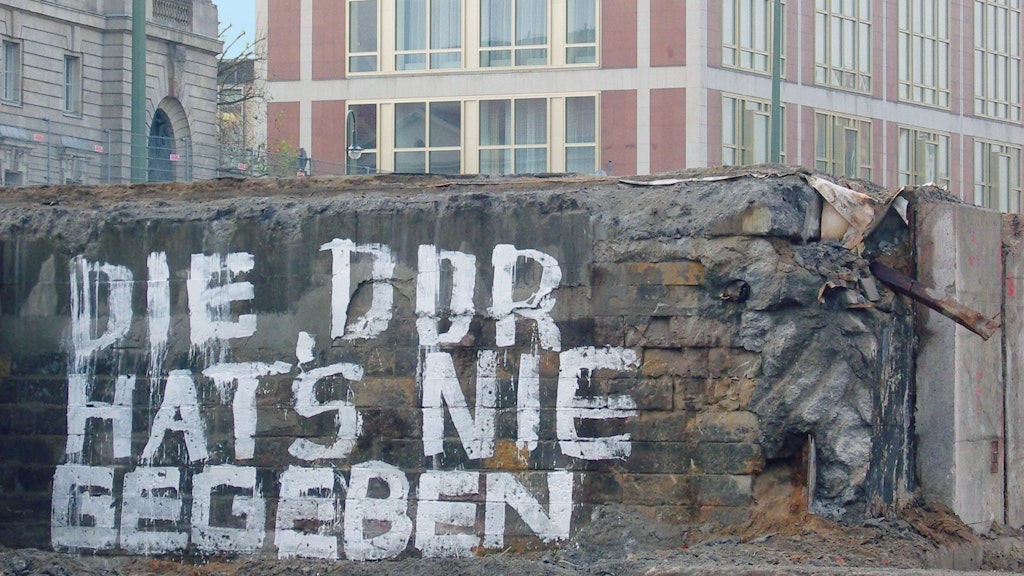 But even more important was the economic independence of women. Individual criteria could be used to choose a partner – the economic security provided by men lost importance. It was unthinkable that a husband – as was the case in the West until 1977 – had to give his wife permission to pursue a career, and even had the right to end her job at the stroke of a pen. Marriage was not seen as a care institution, though the state certainly supported it with the "marriage loan". It was more of an incentive to have children, since the debt was waived with the birth of a third child.

Economic independence made it easier for women to end partnerships when they no longer met their expectations. In my experience as a lawyer, extramarital relationships played a role in divorces in the 1980s, about half for men and half for women, whereas in previous decades in East Germany it was mainly men who were affected. Single parents, mostly women even in East Germany, were able to shoulder the burden much more easily than in the West because they were integrated differently economically and socially. Today, this role is often associated with a dramatic social decline.

In the West, sexuality was marginalised

All of this led to the East doing more to overcome sexual inhibitions and in an evolutionary rather than revolutionary manner. In the West, this did not happen until the 1968 generation – and only for part of society. The ready acceptance of nudism is just one example in East Germany. Of course you can't draw a direct line from this to how a society deals with sexuality but this largely unrestrained relationship to nudity is nevertheless a pointer to a more sexually open life. The fact that German unification lead to many nudist beaches becoming swimwear-only beaches is, in my opinion, a loss of culture.

In the West, sexuality was marginalised or into strictly defined areas. Later, and even more so today in the internet age, sexuality was presented much more openly as a central message in advertising. In the East, sexuality was taken for granted and was more commonplace in the best sense of the word, although it was not discussed publicly enough. This was probably related to the greater equality enjoyed by East German women. And if there are still men in the united country who don't think rape in marriage should be a punishable offence, then you can see how far we still need to go to achieve equality in love as well as sexuality. A little look back to the East could help.


This article was adapted from the original German by Andrew Bulkeley.

Office workers will have to start getting dressed before noon.

The city's own landlords raised rents last year despite cap

Berlin's six state property companies passed on upgrade costs and increased the cost of new apartments but rented the majority of properties to the needy.