To mark 30 years of German reunification, we at the Berliner Zeitung English Edition are taking you on a linguistic journey through 30 German words and phrases that charted Germany's Cold War division, reunification and what happened next. First up, it's the neue Bundesländer. 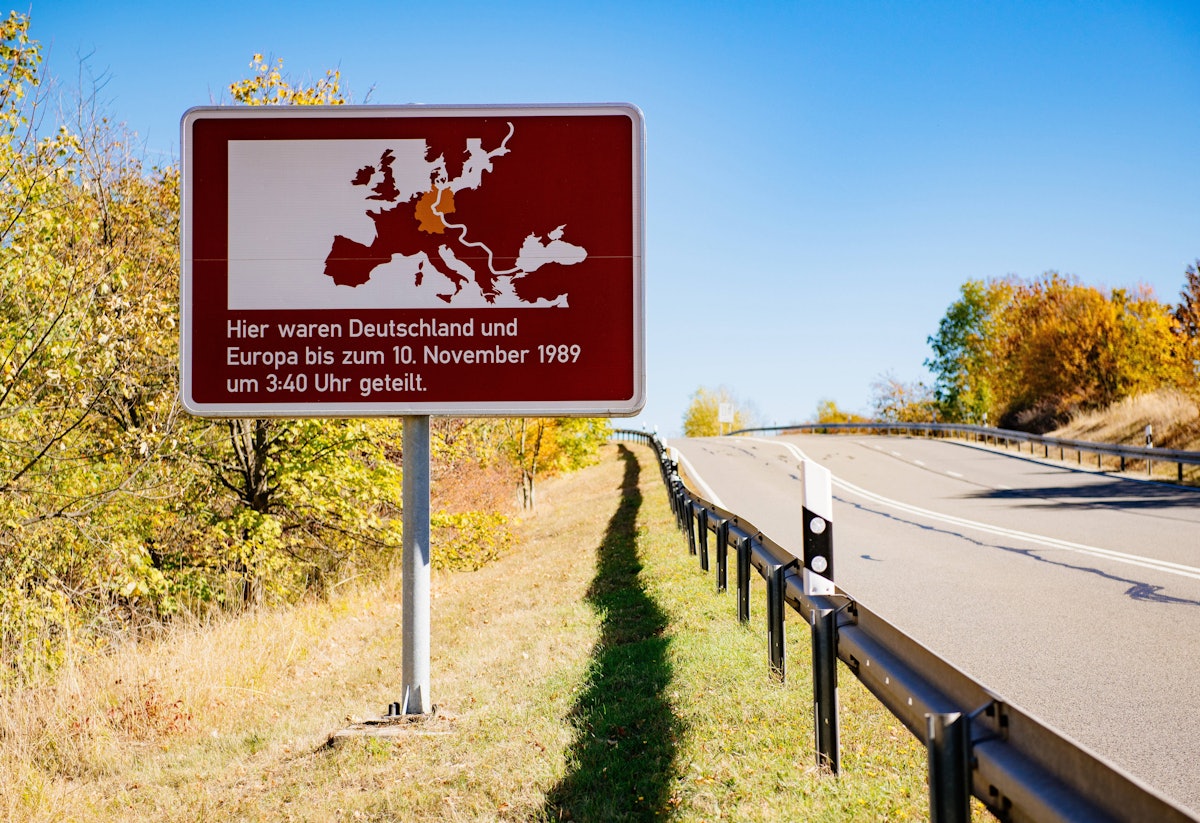 A sign on the motorway between Bavaria and Thuringia marks the spot of a former West-East German border crossing - you're in the neue Bundesländer now, Toto.Imago

Berlin-One often hears people in the German media talking about the new German states - or neue Bündesländer - but it sometimes sounds like west Germans (or Wessis) taking the superior tone one might use when describing a younger sibling.

German reunification on 3 October 1990 didn’t see the creation of a new German state, but rather the absorption of the states that made up East Germany into what was known as West Germany until that point. From that day, the German Democratic Republic (GDR) ceased to exist and Mecklenburg-Vorpommern, Brandenburg, Saxony, Saxony-Anhalt, Thuringia and East Berlin were absorbed by the Federal Republic of Germany and subject to its laws and constitution. As such, they are often referred to as the neue Bundesländer (new states), the most recent ones to join the party.

When is new no longer new?

The term is still used today, even 30 years on - a period two years longer than the Berlin Wall actually stood - and is recognised officially, with the government appointing a "new states" representative.

Terms like neue Bundesländer aren’t particularly helpful to the cause of dismantling Germans' prevailing "wall in the heads" (Mauer in den Köpfen) and its accompanying stereotypes – which normally paint east Germany as behind the west politically, economically and culturally speaking.

Deputy minister president of Thuringia, Wolfgang Tiefensee, former “new states” representative and a born and raised GDR citizen, said he prefers the term “Ostdeutschland” (east Germany), emphasising that reunification was not an adding of new parts to the existing Germany, but a coming together of equal parts sharing millennia of culture and history.