Berlin/Portugal - Richie Hawtin is one of the best paid techno DJs in the world. He has several music labels to his name, an honorary doctorate from the University of Huddersfield in the UK, a sake bar in Kreuzberg – and his uncompromising look has long made him a style icon. Belgian fashion designer Raf Simons is one of his biggest fans. He listens “to Richie Hawtin’s music like others listen to classical music”, he says, and calls him “the Kraftwerk of today”.

When Simons took up his position as co-creative director at Prada about a year ago, it wasn’t long before he commissioned Hawtin to create the soundtracks for the Italian luxury brand’s fashion shows. Due to pandemic restrictions, the shows had to be produced as videos – and Hawtin became part of a creative bubble around Simons, Miuccia Prada and architect Rem Koolhaas, into which he fitted perfectly. In our interview, he talks about creating the music for Prada, his sometimes misunderstood haircut and what he likes to wear best.

1. How often do you change during the day?

My basic go-to outfit is a pair of well-fitted jeans and a T-shirt, both in black. This look is versatile since you can usually get away with wearing it in nearly every situation, even if it’s a little more of a dressier occasion since I can always pull the “artist card”. Therefore, with that in mind, I do normally wear the same clothes from morning to night. This does change when I’m on tour and travelling a lot, and then I end up having two similar sets of this black look – one for the travel time, and another for the on-stage time. They are basically the same, perhaps the “on stage” one being a little sleeker in order to have a good silhouette with all those behind lights. 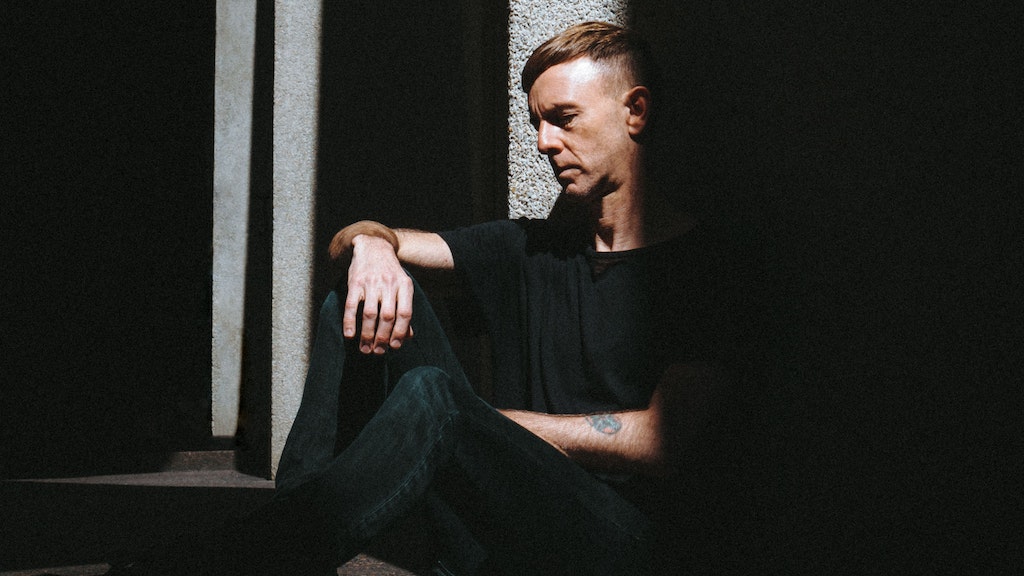 2. What is your favourite garment right now?

Easy – as I basically wear at least one piece of Frenckenberger Cashmere every day. Feels and looks great.

3. With your project Plastikman you have been composing the music for Prada’s fashion shows for some time now, can you describe the workflow?

The workflow always starts in the weeks before the show with a few long intense chats with Raf Simons, talking about the collection, the details and the show’s concept. Those discussions always progress into discussions about music, often each of us referencing songs, artists and movies that might connect to the overall feeling that Miuccia and Raf hope to achieve. Rem and I actually never communicate directly, but his early sketches of the sets are always part of these discussions since the architecture of the spaces is an important factor that also helps me visualise sound and frequency ideas. After this I get to work on a series of pieces, quick sonic iterations of what I had understood from the conversations, and from there Raf and I would communicate daily, sometimes hourly on how to finesse ideas and bring the collection, the architecture and music into a cohesive form.

4. Prada recently posted photos of you on Instagram from a shoot for Italian T-mag. In the comments, many people got upset about your look and associated you with Hitler. How did you deal with that?

The problem with social media is that it often amplifies a few distant voices of strange opinions and thoughts that leave most of us scratching our heads. I’d say that this situation exemplifies that and shows how dangerous this medium can be when people take everything they read as something true.

5. Would you ever change your hairstyle?

As an artist you need a strong look. In the 1990s I had the “bald-glasses Hawtin look” which for some is still THE look of Hawtin. Then in the 2000s I went back to my “alternative/goth” teenage look which has since become part of my trademark. Would I change it? Ha, ask my wife, I drive her crazy talking about changing it, but in the end I never do. I expect that I’ll keep it as long as the hair is still growing and then I’ll regress (or progress) back to that equally strong 90s look and turn the tables again on all my fans! Imagine, in the 2000s when I started to grow my hair out, fans actually complained to the club owners that the DJ in the booth was NOT Richie Hawtin and demanded their money back. I guess they were using the wrong sense and should have stopped and listened before making such a crazy accusation.

6. Did Prada mean anything to you before you started to work with the brand?

OF COURSE!!! In the 1990s as I was developing as an artist I became increasingly aware that fashion was another aspect of how I could communicate my artistic aesthetics to my fans. Prada was among the first brands that resonated with me since the design aesthetics and silhouettes were a perfect visual compliment to the stripped down and minimalistic music I was becoming known for. This was why I jumped at the chance to work with Prada, along with the fact that it was once again Raf calling me to collaborate and I knew he had a deep respect and understanding of my work.

7. Which fashion trend do you dislike most at the moment?

8. How often do you clear out your wardrobe, and where do things end up?

Every time we move house we do a sort-out and I always end up realising how many of my clothes remind me of very particular moments in my life, mostly in my DJ career. Specific parties, tours and experiences seem to have been baked into some of those looks that they are impossible to wear again or throw away. If there are pieces that we do not feel attached to anymore, then we first offer them to friends or try to take them to a good re-seller shop. The thought of just throwing clothes away feels nasty.

9. You’re at a restaurant and the waiter accidentally spills red wine on your white Prada-T-shirt. What do you do?

Mop it up, enjoy the dinner and hope to get the next bottle of wine (or the entire dinner) for free! Meaning, accidents happen, lighten up, enjoy life, we only live once!

10. What is your price pain threshold for a garment?

Ever since I was a teenager I have had a soft spot in my heart and wallet for killer jackets. I remember making a bunch of German DM in the early rave days of the 1990s and dropping a few thousand on a new Sabotage metallic jacket – you can always look great in a cool new jacket. 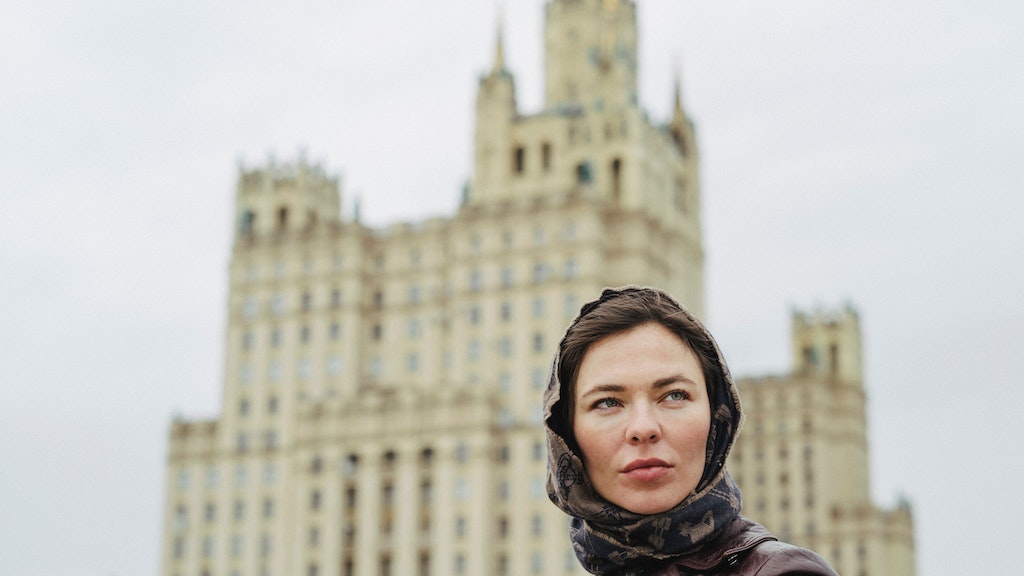 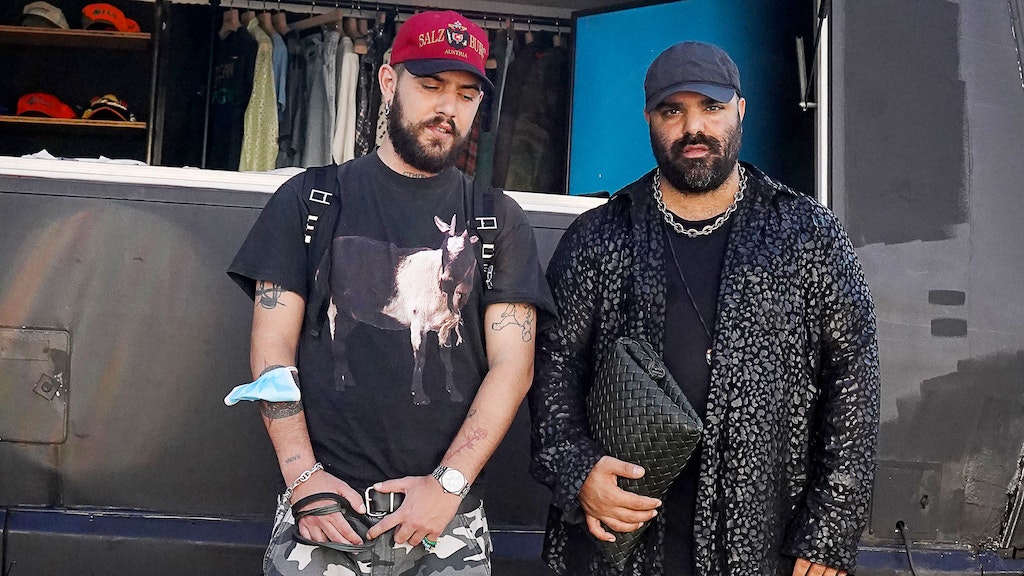