More than a quarter of the signatures reviewed were thrown out because people weren't German or hadn't lived in Berlin long enough.

Berlin - Organisers of a referendum to nationalise the city's major private landlords said on Monday they had already acquired half of the signatures necessary to land their referendum on September's ballot. The initiative, Expropriate Deutsche Wohnen & Co. said it had collected 130,000 signatures in its petition drive. Berlin election authorities have reviewed 50,962 of the signatures, of which -38,334 were declared valid, 12,628 invalid.

The petition drive is now at its halfway point and the initiative said it was disappointed that 24.8 per cent of the John Hancocks were declared invalid - usually because the signers lacked German citizenship. The second most common reason was incorrect information and then because people hadn't had Berlin as a main residence for at least three months at the time of signing, a requirement for the petition.

Non-Germans should count too

"We're far above our target," said Moheb Shafaqyar, spokesman for the initiative. "If the 1,700 campaigners and the many other supporters in the city continue like this, we'll clearly exceed the minimum number."

At the same time, Expropriate Deutsche Wohnen & Co. is disappointed that non-German citizens don't count on the petitions, meaning they're not fully entitled to vote in elections or referendums. They would like to see a change in election law.

"We demand the right to vote for all people whose lives are centred in Berlin," Rosa Silva, a member of the initiative's Right-to-the-City-For-All working group, said. The group wants to provide visibility for Berliners who can't vote. People in the city without German citizenship or even an official registration are especially affected by the housing crisis and rising rents, she said.

"Many of us find ourselves in a constant vicious circle of poor pay, high rental costs, no independent rental contract and no registration," she said. "So we can never make long-term life plans. The majority of housing options are simply not accessible to us." 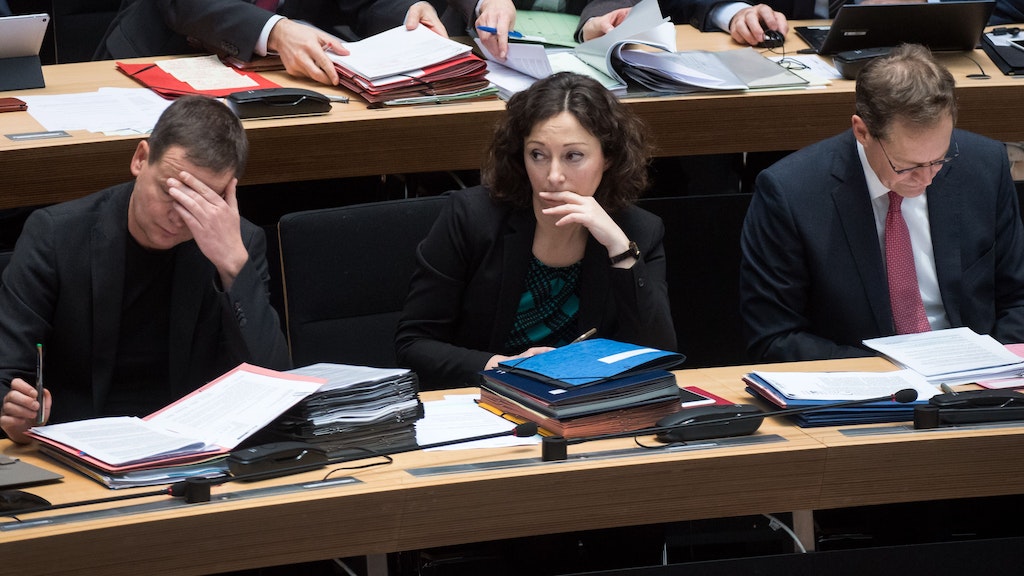 OpinionBerlin's coalition government has failed in its radical promises

The initiative wants to nationalise the holdings of real estate companies with more than 3,000 apartments, though they would be compensated. They're relying on article 15 of the German constitution which allows "land, natural resources and means of production" to be transferred to the government or other forms of common economy.

The initiative launched its petition drive on 26 February. If successful, the item could be included on the ballot for new state and federal representatives on 26 September.

A programme to vaccinate in high-incidence areas is an apparent success, though the 2,400 doses went mostly to young people, not older immigrants, as hoped.

More than 200 tickets and arrests at Saturday pro-Palestine protest

Interior minister Andreas Geisel said he saw no reason to ban the protest.