To mark 30 years of German reunification, we're taking you on a linguistic journey through 30 key German words and phrases that charted Germany's Cold War division, reunification and what happened next. Today: Arbeiterschließfach. 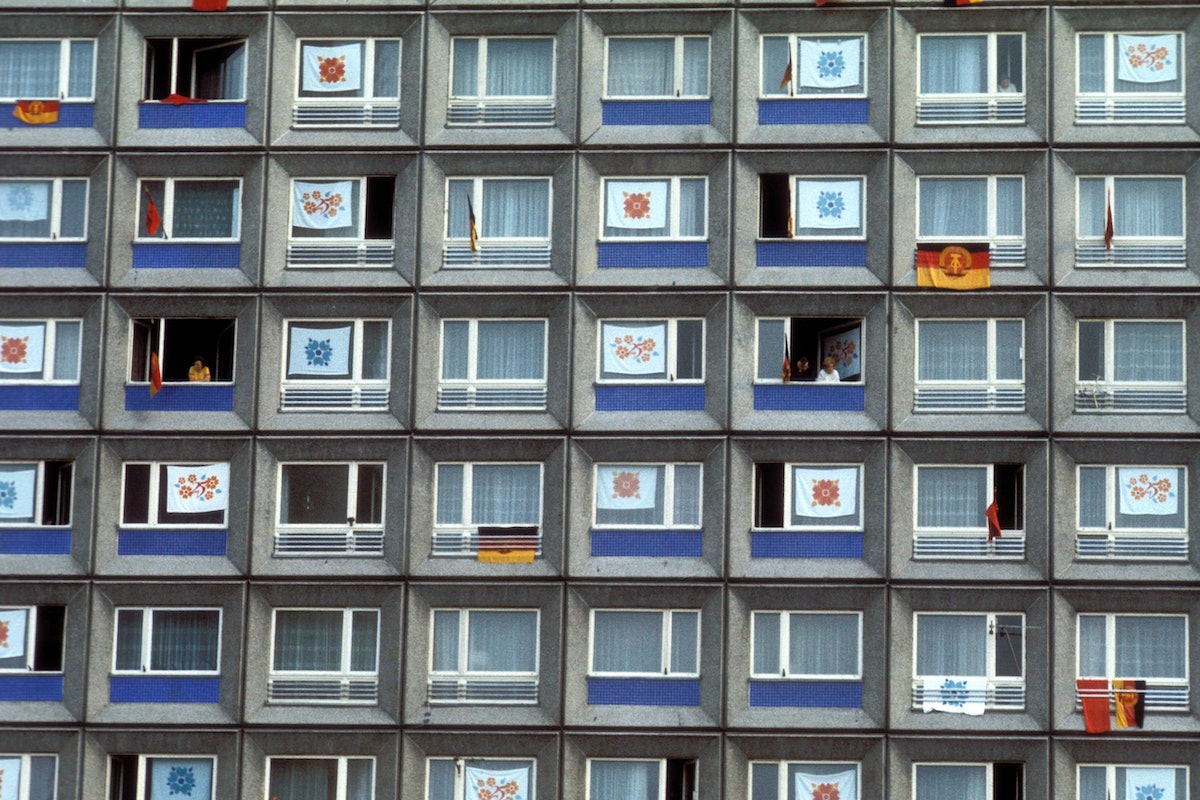 Flats, but make it Tetris: a Plattenbau block of flats in East Berlin, complete with a number of GDR flags in honour of the country's 25th birthday in 1974.Imago Images/Sven Simon

Berlin-In the Communist tradition, East Germany’s leaders began referring to it as an Arbeiter-und-Bauern-Staat (workers and farmers’ state) from the early 1950s - and the workers and farmers needed somewhere to live. The state solution for efficiently and inexpensively meeting the high demand for housing was to build Plattenbauwohnungen - pre-fabricated blocks of flats - en masse. Many of these still stand around parts of eastern Berlin like Hohenschönhausen - see video below.

Due to the austere, blockish appearance of the buildings, they gained the sarcastic nickname of Arbeiterschließfach - a worker's locker. Their homogenous architectural style may not have been the most attractive, and the flats inside may not have been the most spacious, but they were planned in such a way that the Arbeiter living inside had proportionate access to nearby amenities like shops, schools and medical facilities. The flats were popular with a lot of East Germans, not least because they were centrally heated, seldom the case for the pre-war buildings that were left standing after the war.

In the above GDR news report from 1984 about a new residential development intended for families, the reporter describes how 3,000 new flats have already been completed and handed over to residents, apparently all within nine months and with building work still going on. He adds that four schools, four kindergartens and day nurseries as well as a shopping centre and a retirement home have also been completed alongside the new housing. "Berliner Bautempo" - Berlin pace of building - indeed.