To mark 30 years of German reunification, we're taking you on a linguistic journey through 30 phrases that charted Germany's division and reunification. Today: Mauerspecht. 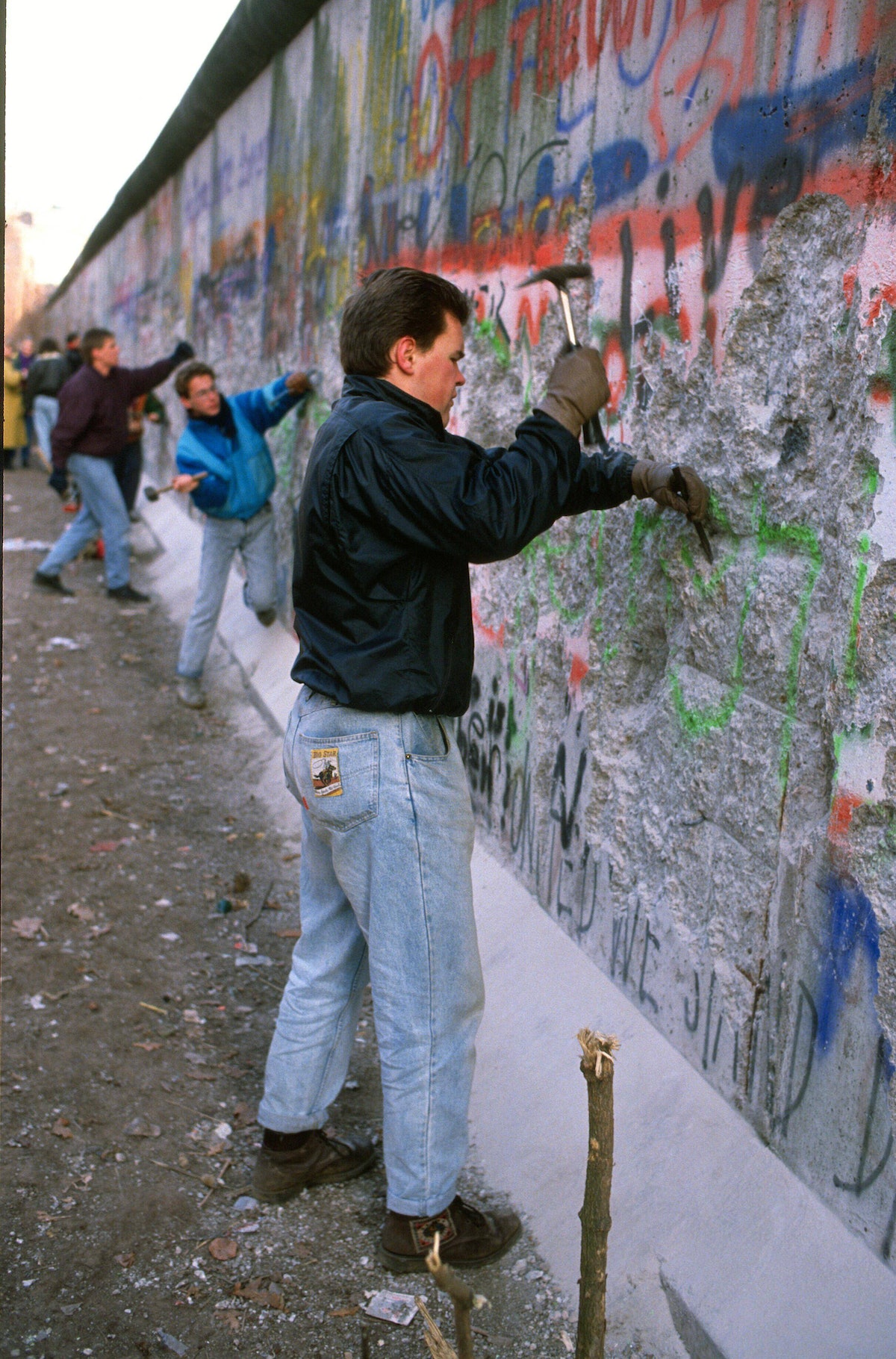 What's that sound? It's the Wall woodpeckers.imago images

Berlin-Anyone who’s ever been inside a Berlin souvenir shop will have seen fragments of the Berlin Wall on sale in all colours and sizes. Almost immediately after the Wall fell, many got to work hammering off pieces of the redundant concrete barrier and quickly earned the nickname of Mauerspecht – literally, a Wall woodpecker.

Looking at images from November 1989, the big holes and crevices left in the Wall make the “woodpecker” attribution feel very apt. The symbolism of physically destroying the Iron Curtain was not the only reason people came to chip away at it – some were just after a memento for themselves, or to make a buck selling on to others.

West Berlin police initially tried to prevent grifters selling chunks of Wall for a tidy profit, as shown in the video below - but their colleagues in the East were more likely to turn a blind eye. Once the Wall’s graffiti-laden top layer had been chipped away, some Mauerspechte would spray paint over the plain grey concrete chips to create a more attractive (if slightly less historically authentic) purchase.

The remains of the Wall haven’t just ended up as souvenirs though – corporate Mauerspecht-ing has seen whole segments of it gifted to or purchased by other cities and institutions across the world. That means whole parts of the original Wall can be found standing in front of the European Commission in Brussels, the UN building in New York, and even forming urinal bases in a Las Vegas nightclub bathroom.