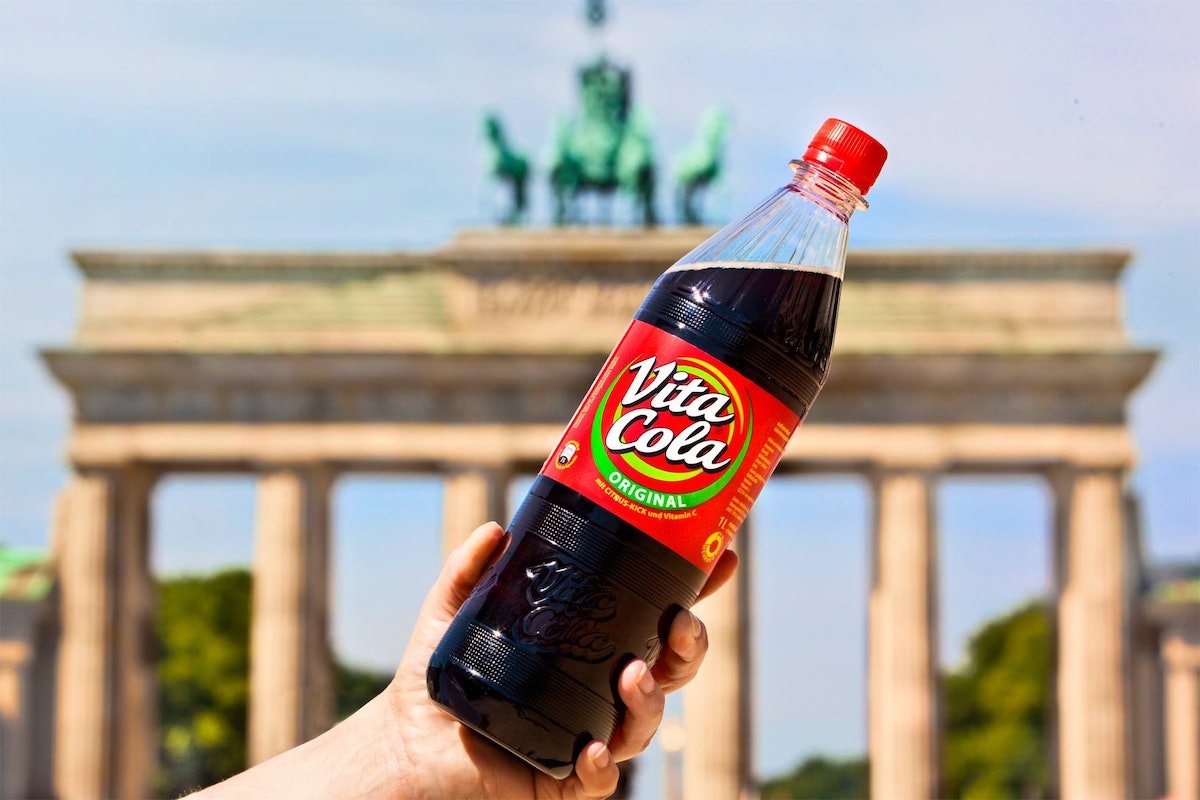 Socialist Coke you can still try today - and not just in Berlin.Facebook/Vita Cola

Berlin-Coca Cola was (and arguably still is) one of the iconic brands of the capitalist West during the Cold War - so naturally it wasn’t a drink you could easily get your hands on in East German shops. That didn’t mean GDR citizens couldn’t enjoy the fizzy, sweet brown stuff though - they just got it in the form of Vita Cola, the East’s equivalent to Coke.

You might recognise the name because, unlike many East German takes on Western cuisine (such as the Ketwurst), Vita Cola actually thrived after reunification. An alternative to Coke was commissioned in the country’s second Five Year Plan from 1956, after which Dr Hans Zinn set about cooking up the recipe, which remains unchanged to this day, before the first bottles hit the shelves in 1958. Cola connoisseurs will note Vita’s fruitier taste than its Western inspiration, featuring various citrus oils and vanilla.

By the 1980s, Vita Cola was being produced across more than 200 factories in the GDR - although the fall of the Wall and subsequent reunification saw it disappear from east German shelves as shops responded to the surge in demand for Coke and Pepsi. But Vita wasn’t gone for long - it was relaunched in 1994 by a Thuringia drinks company.

Since then it has been hot on the heels of the capitalist older siblings it was modelled on - it’s the number one cola brand in Thuringia, and the second most popular across all the former states of East Germany. That led to a bizarre moment in 2018 when Björn Höcke, the AfD's local boss in Thuringia, used Vita Cola to hit back at a fake Coca Cola ad in which Santa warned against voting for the party - yes, really.

Vita is now available in the rest of Germany too, and a tongue-in-cheek postcode tool on its website lets Wessi fans find which shops stock it near them.

Vita Cola’s post-Wall success has led it to be seen as something of a cult product tapping into a sense of Ostalgie - nostalgia for aspects of life in the GDR - and its socialist origins have been played on in recent ad campaigns. And yet, in true post-Wende capitalist takeover style, Vita Cola is no longer just one drink, but a brand in its own right, incorporating a range including Vita lemonade, energy drinks, and that timeless German combo of orange and cola.