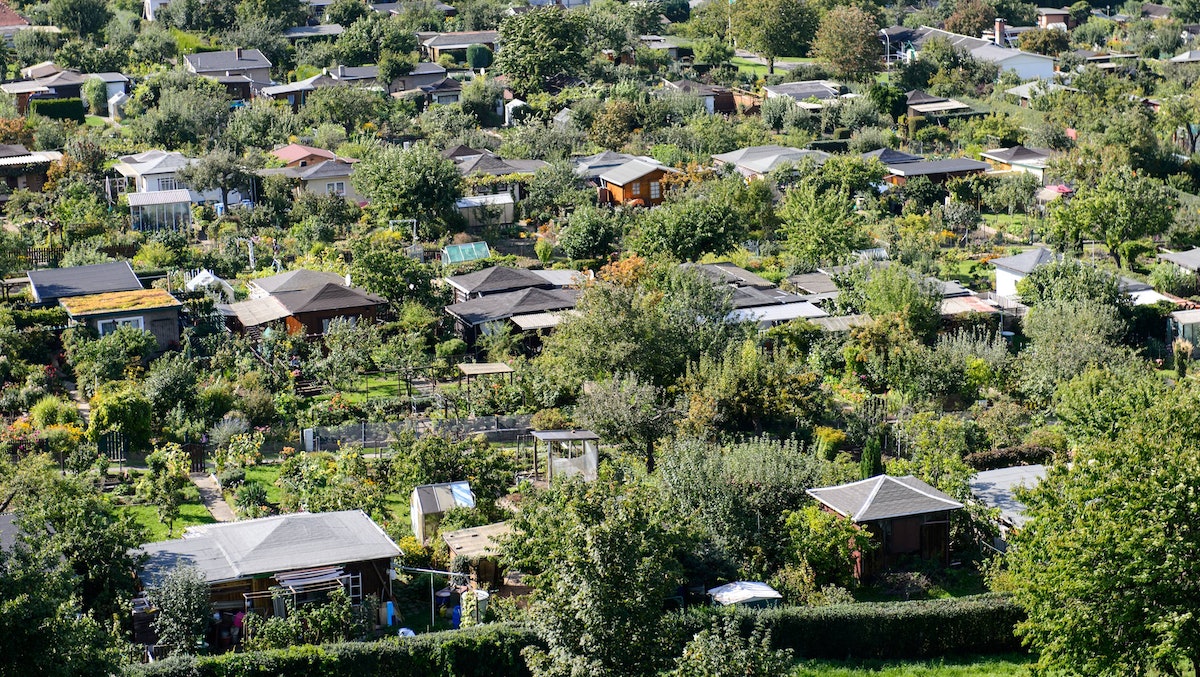 A dabbling of Datschen near Dresden.

Berlin-Originating from the Soviet occupation zone in post-Second World War Germany, East Germany was influenced by Moscow not just politically, but also linguistically - which is how Russian loan words like Datsche are still part of the German language today.

A Datsche (from the Russian dacha/дача) is a countryside plot of land, typically incorporating a pre-fab summer house and allotment or garden, where families would spend their summers or visit at the weekend.

While the origins of the Kleingarten go back to the middle of 19th century, in the GDR - a country that offered little in terms of travel and recreation -Datschen offered workers somewhere to escape the humdrum of the city and their frequently cramped accommodation in post-war Plattenbau flats.

Legislation in 1976 made it simpler for East Germans to be granted plots of publicly owned land for personal use, which included building a small house. State support of the Datsche extended to providing electricity and running water in some cases. A user fee was applicable, but everything on that plot was then the property of the person it had been let to, and could be passed down as a family inheritance, in contrast to the country's usual principle of state-owned property.

Post-reunification, Datsche has also become used to refer to 'Kleingärten' (garden plots), as they were called in the West, like this settlement in Charlottenburg, Berlin.Imago Images

Datschen were also free from restrictions on the size or nature of what could be built or grown there. This brought the added bonus that people could grow their own fruit and vegetables, supplementing shortages in national supply - and perhaps unintentionally providing a nice little earner for those with entrepreneurial inclinations.

The popularity of Datschen was such that there were an estimated more than three million of them in East Germany - serving approximately 15 million citizens. Their popularity lives on today - Chancellor Angela Merkel is fond of visiting her Datsche in the Uckermark region in north-east Brandenburg.

Nowadays, most "garden colonies" are managed by non-profit associations - and fall under the Bundeskleingartengesetz (federal allotment law) and tend to have precise rules on the height of hedges and how much of the garden should be used for growing food.