To mark 30 years of German reunification, we at the Berliner Zeitung English Edition are taking you on a linguistic journey through 30 key German words and phrases that charted Germany's Cold War division, reunification and what happened next. Today: antifaschistischer Schutzwall. 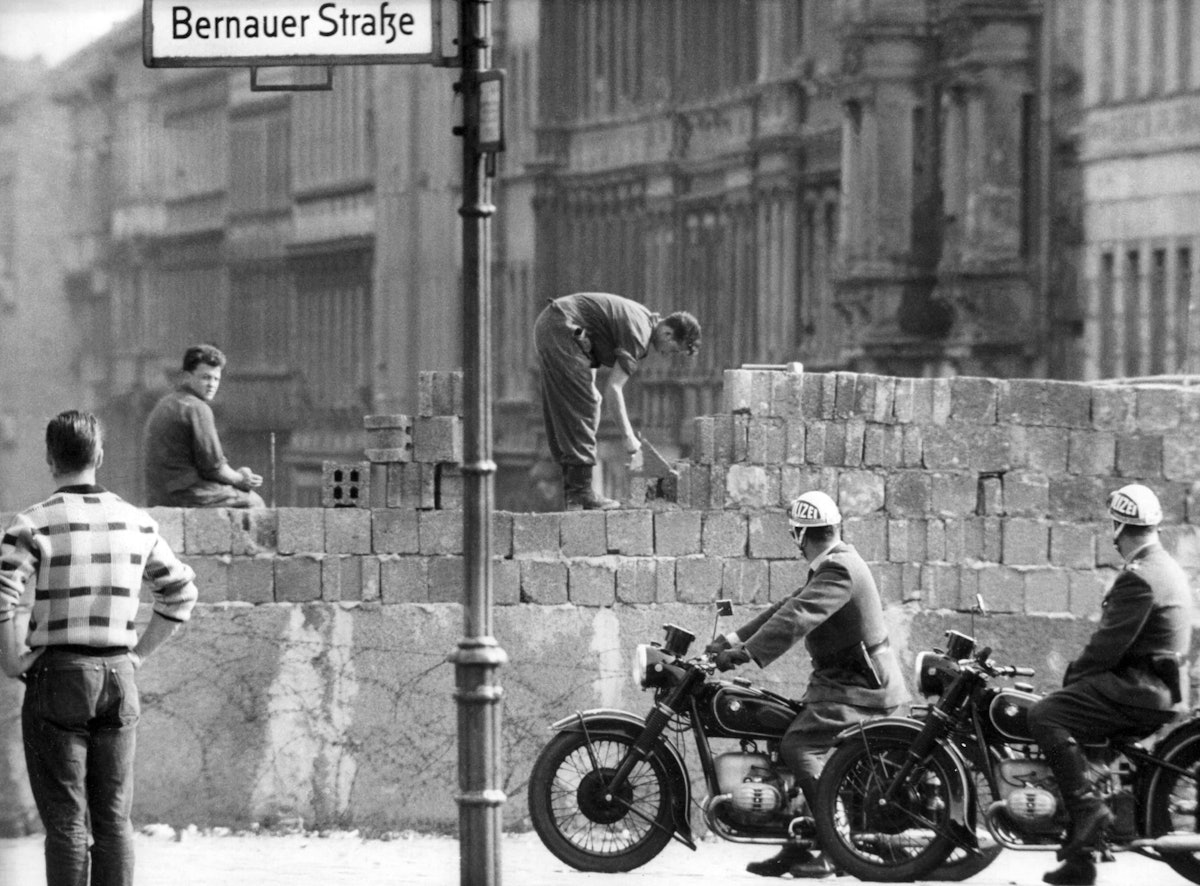 The building of the Berlin Wall on Bernauer Straße, August 1961.dpa

Berlin-When East German premier Walter Ulbricht declared in June 1961 that “no-one has any intention of building a wall”, he could have been more specific, because what Berlin actually got just two months later was an antifaschistischer Schutzwall (anti-fascist protection barrier).

The term fit nicely with the idea that the GDR was “the better Germany”, whose citizens were “the winners of history”. Willy Brandt, West Berlin mayor from 1957 to 1961 and chancellor of West Germany from 1969 to 1974, hit back with his own term, referring to the wall as the Schandmauer ("wall of shame").

The former term remained in use by East German officials right up until 1989, still convinced of its purpose.