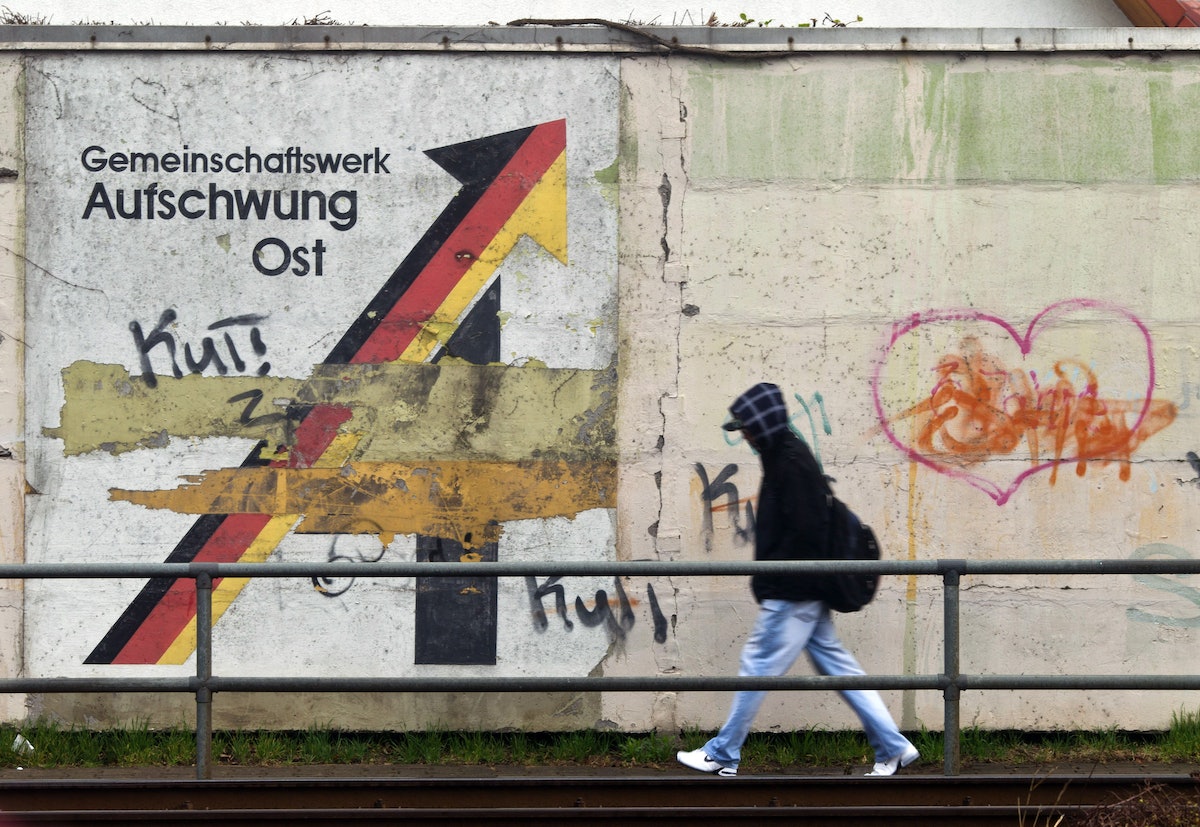 Is the east on the up? Still a difficult question to answer after 30 years.dpa

Berlin-We all love some political jargon, and to conclude our series on 30 words from Germany’s division and reunification, we’re bringing you a classic from the Wende era: blühende Landschaften (blooming landscapes).

In 1990, in the months leading up to German reunification, chancellor Helmut Kohl proclaimed that the former territory of East Germany would soon be transformed into “blooming landscapes, where it’s worth living and working”. He pledged that no-one in the East would be worse off than they were before, and for many, things would be much better. He went on to claim that his vision could be achieved in as little as three to five years.

In reality, this ambitious deadline turned out to be wildly over-optimistic, following the breakneck 11 months in which the East was prepared for its absorption into the West. The privatisation of East Germany's publicly owned companies (read more about them here) was a messy process that saw mass unemployment and economic woes unseen since the end of the Second World War. In some parts of the country, post-reunification frustration and suppressed nationalism bubbled over into outbreaks of far right violence.

It soon became clear that a full levelling up of Germany’s “old” and “new states” would take much longer than predicted. This was despite huge amounts of money being pumped into the east, partially funded by the taxpayer through the Solidaritätszuschlag (solidarity surcharge) at 5.5 per cent of income and corporation tax. Kohl and his blühende Landschaften became objects of mockery, and the term was often used sarcastically.

A CDU election poster from 1998 clings on to the dream of "blühende Landschaften"Konrad Adenauer Stiftung, CC BY-SA 3.0 de

Kohl later claimed in his memoires that the failed country’s outgoing SED leadership had badly overstated the country’s true economic capabilities to him. Over time, former industrial heartlands in the east have found their feet again in fields like green energy and new technology. But the picture still isn't completely even across the board - and Kohl might not have predicted that Germany would still be on its path to true internal equality today, 30 years on from reunification day and 31 years since the Berlin Wall fell.

Although there is now more equity in net migration between the former West and East, levels of unemployment are still higher today in the “new states”, while GDP and average income is markedly lower. East Germans are also vastly under-represented on management boards and in top jobs across a wide variety of sectors.

For many, Angela Merkel, a former East German herself, is one of reunification's major success stories. Her successor looks certain to be a Wessi. As Germany prepares for the end of one political era with next year's election, who knows what the next one - and the next 30 years - will hold for the prospects of Germany's ongoing reunification.