To mark 30 years of German reunification, we're taking you on a linguistic journey through 30 key German words and phrases that charted Germany's Cold War division, reunification and what happened next. Today: Rache des Papstes. 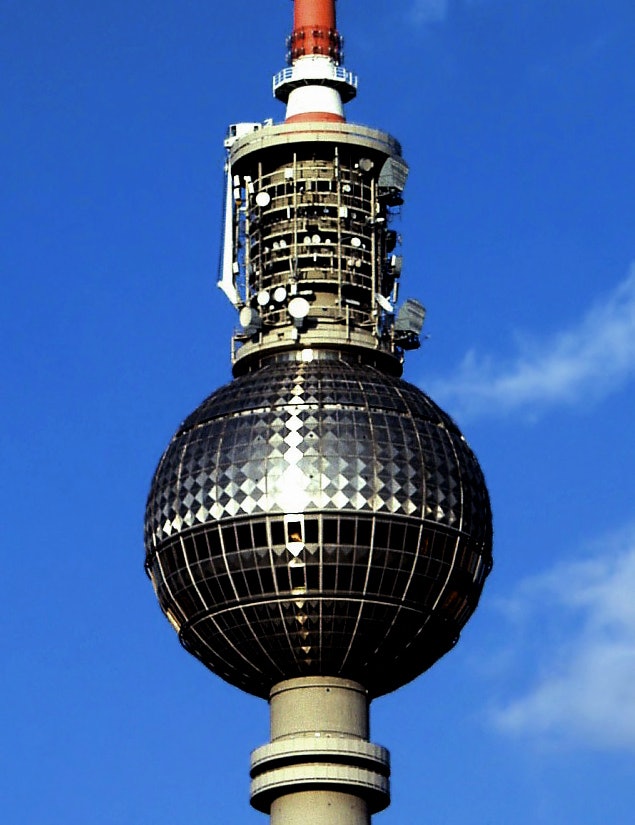 More Jesus than the pope, actually.Raimond Spekking/Wikipedia via CC BY-SA 4.0

Berlin-Hermann Henselmann, the architect of the television tower at Alexanderplatz, was asked to design a globe atop the tower that looked like a sleek Russian Sputnik satellite. But Henselmann also needed it to be as wind-resistant as possible. The solution: The stainless steel façade was bent into a series of pyramids to deflect the wind while still looking as futuristic as satellites felt.

But when sun shone on the tower for the first time, the reflecting pyramids created a cross of light, high over a regime that prided itself on being secular. The solar cross quickly became known as the Rache des Papstes (Pope’s Revenge) or even Saint Walter, as an insult to Walter Ulbricht, the SED and East German leader who reportedly fumed at the cross. The East German government considered (or, if you believe President Ronald Reagan, even tried) chemicals to eliminate the effect. They then instead tried linguistic deflection by attempting to get the Fernsehturm known as the Telespargel, or Tele-asparagus, in East Berlin, to little avail.

If Ulbricht hated the symbolism of the Pope’s Revenge then he’s certainly turning over in his grave at the tower’s official birthday: Oct. 3, the day of German unity.