To mark 30 years of German reunification, we're taking you on a linguistic journey through 30 key German words and phrases that charted Germany's Cold War division, reunification and what happened next. Today: Erichs Lampenladen. 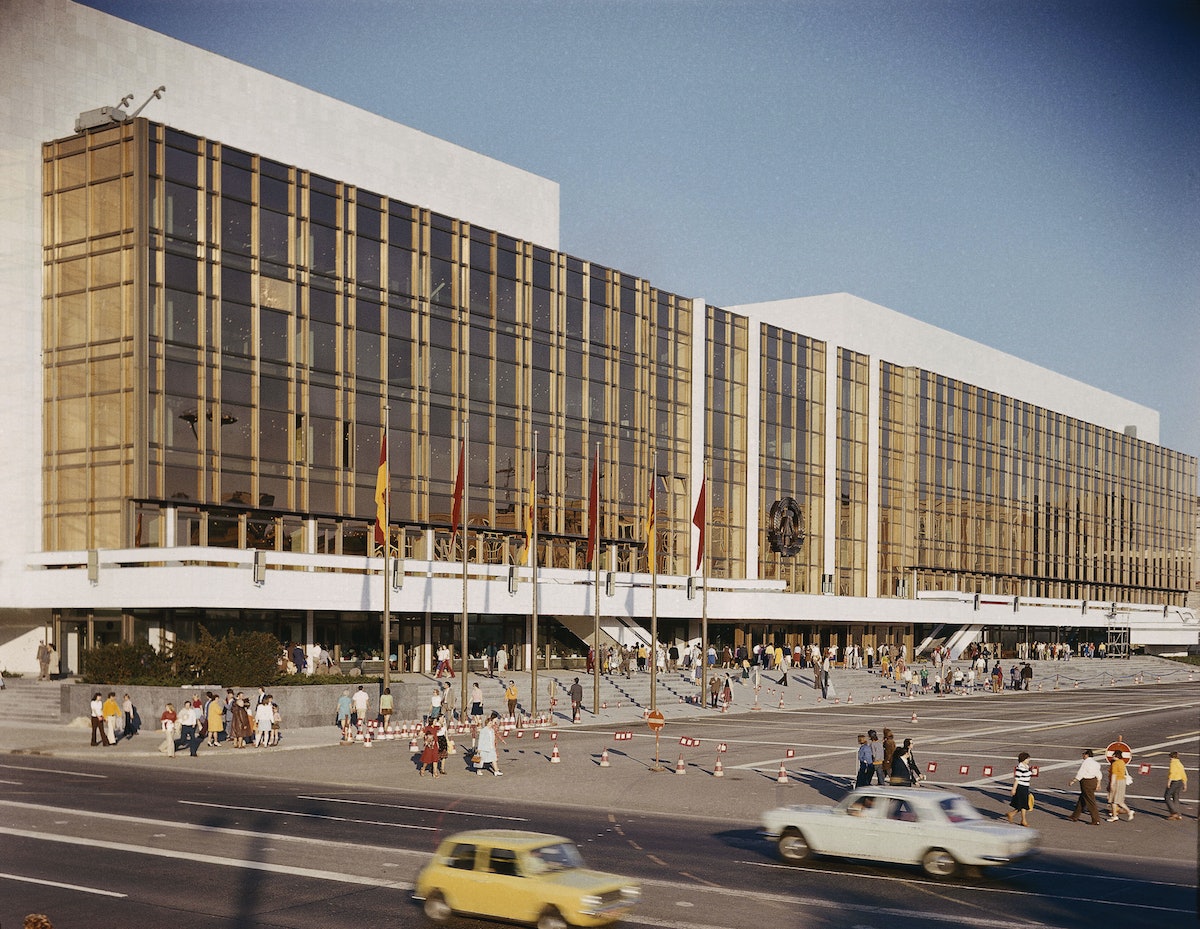 The brand new Palast der Republik - East Germany's seat of government from its opening in 1976 until the collapse of the GDR.Imago Images

Berlin-East Berlin was once home to the world’s most famous lamp shop – if you believed this nickname for the Palast der Republik (Palace of the Republic), home to the GDR’s parliament (Volkskammer) from 1976 until the country’s dissolution. It was given pride of place in what was the capital of East Germany, situated on Museum Island in what is now the centre of reunified Berlin, on the site where the Prussian Berlin Palace once stood before it was destroyed by World War II bombing.

Its official name stemmed from the tradition of 'Palaces of Culture' across socialist countries – places offering a hub of recreational activities for citizens from across society. As such, it was more than just a government building – it also doubled as a cultural centre hosting restaurants, theatres, a disco and a bowling alley, all of which were open to the public.

Here's those lamps we promised you - and the five metre high "Glass Flower" sculpture - in the Palace of the Republic's main foyer.Archiv 1

One of the building's memorable design features was its distinctive interior light fixtures powered by more than 5,000 lightbulbs. That earned it the dubious nickname of Erichs Lampenladen – a lamp shop belonging to GDR leader Erich Honecker. After reunification, the building was also found to have more than 5,000 tonnes of asbestos in it, and it stood vacant from 1990 until its demolition between 2006 and 2008.

The demolition of the Palace of the Republic was opposed by 60 per cent of former East German citizens, according to one poll. Many felt its destruction was discriminatory against east Germans and east German culture, and was erasing an important part of modern German history. Work is now nearly complete on reconstructing the Berlin Palace on its original site – the new building will house a museum of African and other non-European art, two restaurants, a theatre, cinema and auditorium. Sounds familiar...