Is the Reichstag safer than the Capitol?

Anti-corona protesters shocked Germany when they stormed the Reichstag steps in August - events in the US are now making officials rethink security again.

Berlin - American media and elected officials have called the storming of the US Capitol this week by a mob of supporters of President Donald Trump an attack on the heart of US democracy. In Germany, the dramatic scenes awakened memories of the occupation of the Reichstag steps by about 400 so-called "Reich citizens" in August last year during a major protest by corona-sceptics.

At the time, the crowd did not attempt to enter the building. But could it have happened? Following the scenes in Washington, Bundestag President Wolfgang Schäuble announced on Thursday that he would be examining what conclusions should be drawn from Wednesday’s events for the protection of the Bundestag.

Schäuble will be working "in close consultation" with security officers for the parliamentary groups, as well as Berlin and the ministry of the interior. A report has already been requested from the German embassy in Washington on how the violent excesses inside the Capitol could have occurred, the Bundestag press office has said.

The Berlin police headquarters, the State Criminal Police Office (LKA) and the relevant police department are also discussing possible security improvements, such as an increase in police presence. Protective measures for both the US embassy and the Reichstag building will be adjusted if circumstances require it, a police spokesperson said on Thursday.

"In this context, recent events in Washington will also be included in the assessment," the spokesperson said. They did not provide any further details.

Changes surrounding security of Berlin's key buildings have already followed the occupation of the outer Reichstag steps in August, which provoked shock and horror. The anti-coronavirus protesters were only on the steps for a few minutes – “but the power of the images is what counts here," Berlin's police chief Barbara Slowik told the interior affairs committee afterwards.

She said the pictures from that day had ashamed her: "In the future, we will protect the border lines around the Reichstag even more clearly, even more closely." Police consequently increased the protection of the building with more officers and barrier fences.

The police have also revised their plan of action for rallies held in front of the building. August’s "storming of the Reichstag", which came as a surprise to them, was able to happen because there were only two rows of barriers between the rally in front of the building and the front steps. But officers themselves were scarce, with just three initially holding back the crowd.

The head of operations had simply underestimated the potential danger – after all, rallies by corona-sceptics and far-right protesters had regularly taken place there before without incident. Routine had crept in with the police, says an official who is familiar with planning for such operations. This may also have been the case in Washington, where there are regular peaceful demonstrations in front of the Capitol.

We still don't have the full picture on how so many people were able to enter the heart of US democracy more or less unhindered. After all, the Capitol is not just open to anyone. Since 9/11, visitors are only allowed to enter it in organised groups or as guests of members of Congress.

However, access to the nearby offices of senators and congressmen is much less complicated, in accordance with the principle that representatives are servants of the people. Their offices can be reached by passing through a simple security gate with a metal detector, after which anyone, even a tourist, can wander from door to door – which, by the way, are often demonstratively open.

In comparison, Berlin's government district is a fortress. It is virtually impossible for unannounced visitors to enter the Reichstag or the Bundestag members’ offices. Invitations from a parliamentary group or government member are usually preceded by a security check.

Registered visitors are met at the gate by a member of the relevant representative’s staff and have to pass through a secure door that can only be opened by security personnel. They are then checked with metal detectors, and cannot roam the building unaccompanied. The only exception to all of this is for accredited members of the press.

Access to the Bundestag’s plenary hall is particularly strictly regulated: visitors are only allowed in the guest and press galleries. Only members of parliament, members of the government and their representatives, hall staff and selected guests, such as guest speakers, have access to the chamber.

Access is accordingly heavily restricted – for example, the doors to the chamber cannot be opened easily from the outside, and have to be unlocked by Bundestag employees. That makes it virtually impossible for unauthorised persons to, for example, take selfies in the Bundestag president's seat, as happened at the Capitol in Washington. 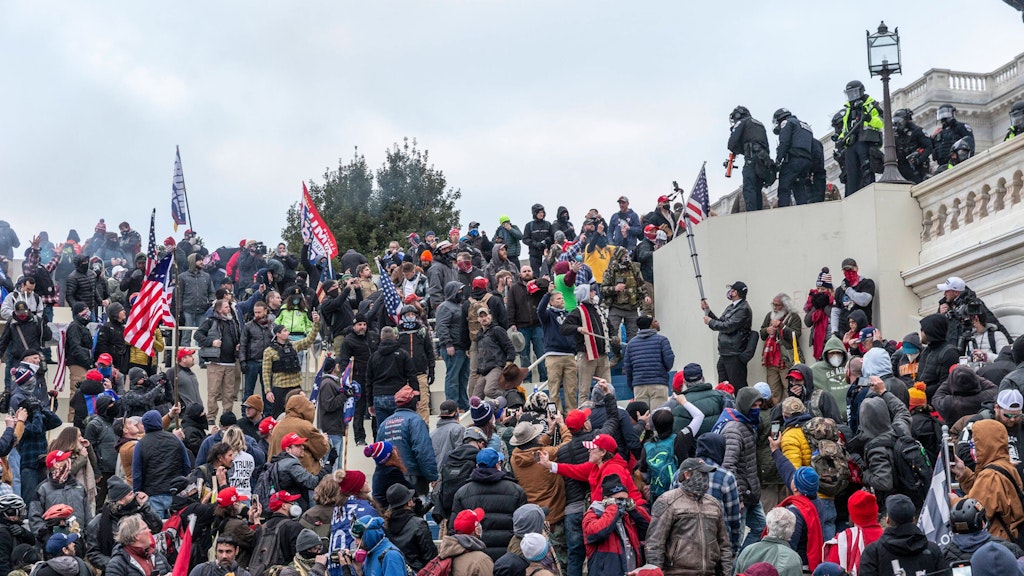 Storming of the Capitol "The danger isn't over": Americans in Berlin react to Capitol riots 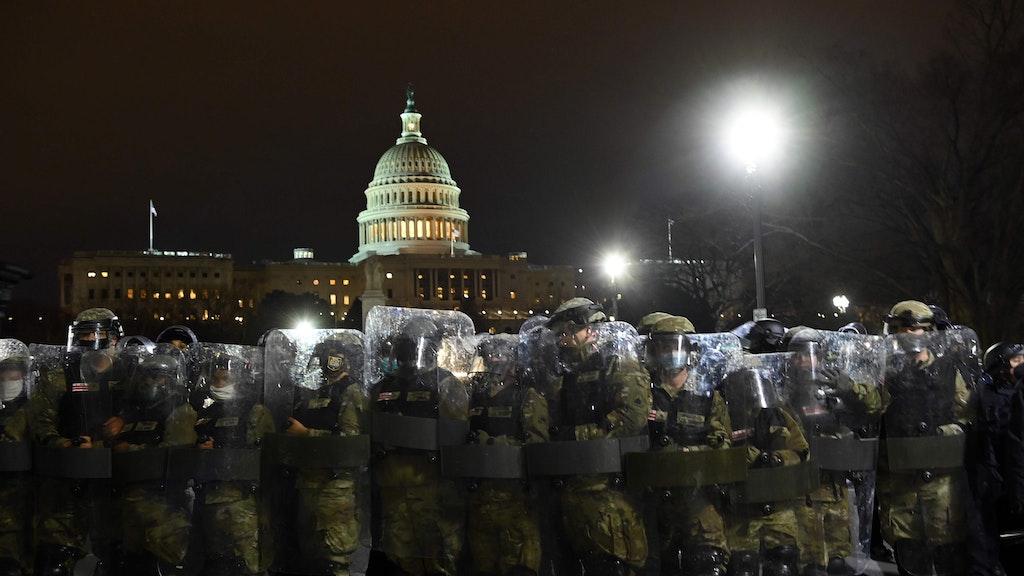 Election How far is Trump willing to go?