We talked to the host of the podcast The New Health Club about ground-breaking mental health drug research and her own experiences with psychedelic substances.

Berlin - A few weeks before coronavirus hit Berlin in 2020, Anne Philippi launched The New Health Club, a mostly English podcast focused on the worldwide revival of psychedelic drugs as a way of tackling depression and other mental health problems. A year later, Philippi's project is evolving into a psychedelics start-up.

How did you end up hosting a podcast about psychedelics in Berlin?

I was a journalist for Frankfurter Allgemeine Zeitung and Vanity Fair in Berlin. Then I went to California for six years and wrote for GQ, Süddeutsche Zeitung and other publications. I came back to Berlin in 2015/2016 because the print media world was on the way out and reporting on Hollywood seemed less interesting to me with social media taking over. I was also looking for new ideas on writing and journalism, but for a while I did not see them.

And then you switched your focus to drugs….

I found myself suddenly rather more interested in molecules than in Hollywood movies. I heard about microdosing [the practice of taking trace amounts of LSD] in a Silicon Valley context. I found Michael Pollan’s book How to Change Your Mind, the book that really tells you what is going on in the field. I read it and thought, wow this is one of the biggest revolutions in my lifetime.

But you also had a very personal interest in these substances, right?

I was curious because I was at a point where I had done a lot of talking therapy but I found myself repeating myself to therapists – which is a really bad thing, actually. You just keep saying the same thing to different therapists. It dawned on me that for a lot of people, especially during Covid, the way we have understood mental health treatment until now won’t cut it anymore. I found a psychiatrist with 20 years of experience guiding people on LSD. I can’t tell you who it is because it’s super illegal. But he did an amazing job and got me through an incredible experience. We did four talk therapy sessions before to exclude any trip-complications.

Why did you want to do the LSD therapy?

I had written a novel and that was pretty much about me being here in the mid-2000s, being in a few co-dependent relationships with drug addicts. I realised there was something in me that I was not able to look at. Even in the talk therapy, I didn’t understand why I was in that relationship that was obviously very destructive. I was also coming to a moment in my life where I was thinking about why I wouldn’t have children or wouldn’t be married. You can always answer these questions on a very intellectual level or on the level of society, saying “woman shouldn’t duh duh duh….” The truth is that often you don’t give a very authentic answer. You’re probably just giving it to please other people.

Can you describe the LSD trip?

Five minutes into the trip I was pregnant with twins – for the whole trip and I loved it! So I was dealing with this topic of how I was 44 and unable to have a healthy relationship up to this point in my life. Around that age a lot of people seem to get interested in this kind of therapy. In the trip I saw the woman who I thought I always was – but I couldn’t access that woman.

And soon after you decided to start The New Health Club…

I started the podcast in January 2020. In February, shortly before Covid really hit, I went to Synthesis, a legal psilocybin retreat in Amsterdam, for a guided magic mushroom trip, which was another really important step in this direction. Covid hit two weeks later so I became fully engaged in a weekly production of the podcast. Dr Bronners came on board as a sponsor. They support a lot of de-crim movements in the States and are really interested in psychedelics education. Also through Dr Bronners, I had access to the who’s who of this new psychedelic world. I talked to people like Robin Carhart-Harris from the Centre for Psychedelic Research at Imperial College, Michael Pollan was on the show. A lot of people who are defining the field right now. CEOs and founders like JR Rahn from Mind Med or Christian Angermayer, founder of ATAI Life Sciences.

How would you describe the state of research in Germany right now?

The first big psilocybin study is taking place at Charité. This year is probably going to be a really big year for the new psychedelic movement in Germany.

How would you describe German attitudes to these substances?

We had two events on Clubhouse in German. I realised how different the conversation is. Americans are way more open about it. You can make a joke once in a while. Like when Michael Pollan said on the podcast that psychedelics are wasted on the young. Germans have a lot of interest in it, they have a lot of questions, but you need to approach the topic very seriously. You realise that the old narrative of Christiane F and the war on drugs and becoming addicted – it’s still very much alive here. The Health Club is working on changing that narrative. Also, a lot of Germans were and still are involved in the research of psychedelics and the founding of new companies in the field! 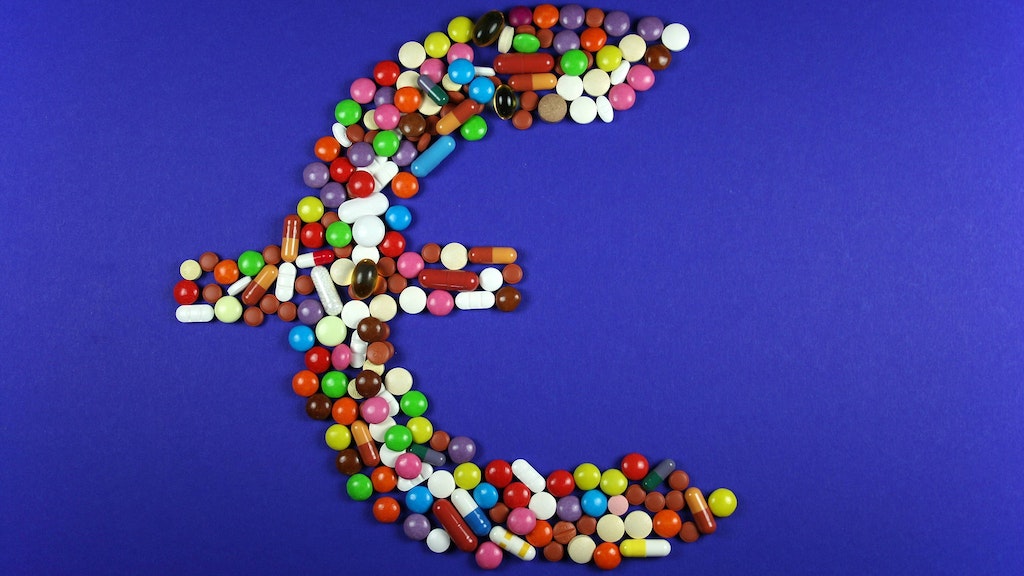 Meanwhile, drugs like psilocybin are being legalised in parts of the US.

In Washington DC, 75 per cent of the population voted to decriminalise mushrooms last year – because they wanted to have the opportunity to try psilocybin therapy. Now, on a national level in the States, Melissa Lavasani has launched the Plant Medicine Coalition to give people in the whole country the opportunity to access psychedelic psilocybin therapy. I think this is something that will happen here too in the next couple of years.

Are any German politicians interested in legalising these substances?

Focus Magazin interviewed Jens Spahn about what he thought about psilocybin as a mental health drug. He said he would look towards the US and “if a positive effect can be demonstrated in clinical studies, approval is possible in principle. But as a drug, not as a narcotic.” He would "take a very close look at what assessment our colleagues in America come to.” So, I think that is a good sign. I also think it pretty sure that decrimininalisation is going to happen here – so that someone who gets caught with a small amount of magic mushrooms won’t have to get a lawyer or go to jail. 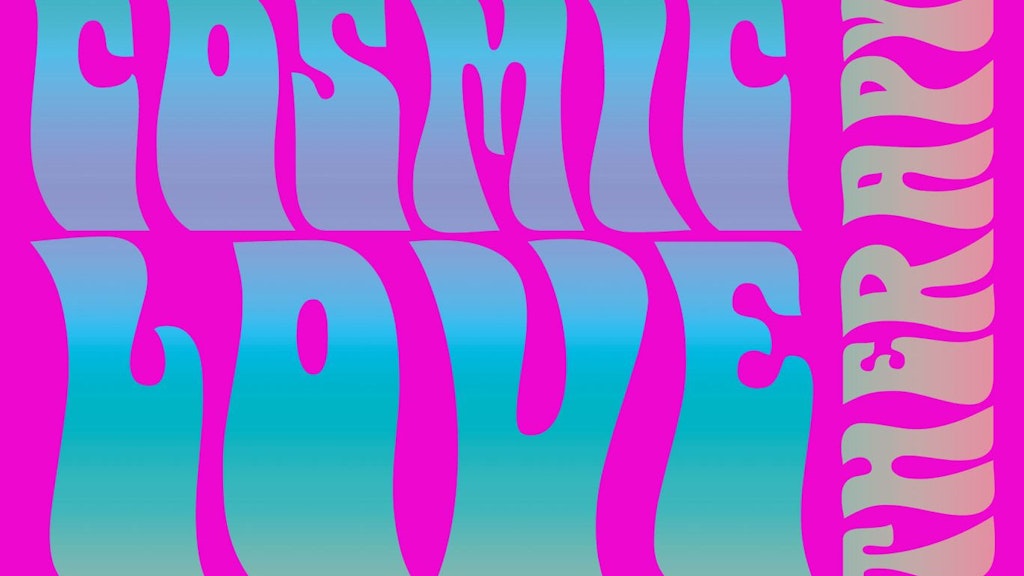 I heard that even Steve Bannon is in favour of psychedelics…

The Mercer family granted $1m to MAPS (Multidisciplinary Association for Psychedelic Studies) for research on PTSD in veterans, but they also supported Breitbart and Steve Bannon. This is part of the challenge, right now: how to navigate the donor and supporter ecosystem. I think MAPS is an amazing example how to look into bi-partisan approach and structures for an organisation pushing MDMA-assisted therapy forward. I really admire the founder Rick Doblin. But in a weird way, it’s good to be as conservative as possible here, to bring the topic forward. This isn’t California here.

A little bit. Cities are places for new ideas – but there’s a worldwide mental health crisis. Even before Covid, the WHO said millions of people worldwide were suffering from depression. If you go to a psychiatrist, you’re given the classic tools of therapy and SSRIs. With Covid, it becomes even clearer that these tools aren’t really working anymore. In the end it has nothing to do with some crazy people having fun. And the reason these tools haven’t been available is because of political storytelling, beginning with Richard Nixon. In June 1971, President Nixon declared a “war on drugs.” . He even said that people who took LSD wouldn’t shoot the Vietcong anymore so he implemented this whole political narrative and strategy and of course Timothy Leary did a lot of harm because he did not want to keep studying the topic as a psychiatrist in Havard. He chose to become an underground guru, preaching “turn on, tune in, drop out.”And that did not contribute to taking the substances seriously.

LSD was a freak drug.

People would talk about naked hippies in the mud at Woodstock. Or think of Charles Manson and not the LSD therapy excecuted by psychiatrists like Jan Bastiaans, the Dutch psychiatrist who treated Holocaust survivors with LSD therapy in the 1960s.

It seems a lot of people are microdosing LSD illegally. What legal options do people suffering from depression have right now?

There is the option of ketamine, a legal psychedelic treatment. There’s a therapist here who works with a doctor at a hospital. The doctor joins you in the therapy practice and gives you the ketamine intravenously. The therapist will guide you through the experience. This is doable in Berlin, but most people have probably never heard of it. In the time of Covid, people probably need other tools. A Canadian company called Field Trip has ketamine clinics all over the US. It’s not just for people who are depressed, but also people who want to change their perspective. If you’re battling something and you can’t leave the country, I think ketamine is a really interesting tool to go through a certain time that is really challenging. And these topics are very interesting to me, since The New Health Club is more than a podcast now. My co-founder Christoph Haberbauer and I are founding a proper psychedelic start up now - building a platform for future safe, legal, vetted and customised psychedelic experiences and treatments.

To be honest, I discovered Tiergarten during corona times. I take long walks there to listen to the latest Tim Ferris and Joe Rogan podcasts.

I need my double-shot espresso with oatmilk before the day starts and the best one is here. Plus, I run into my friends in the morning.

Since living in LA, I can’t forget about Whole Foods and places you can get vegan chilli crackers or great buckwheat noodles. LPG sells local products, veggies and vegan extravaganzas at amazing prices if you’re a member.

One of my favourite places. Walking down Unter den Linden I feel a mix of Paris and New York. It’s the moment I feel love for Berlin.

Some say Sofi is hype, but I say Sofi is the most delicious bread and cake option there is in my hood. Can you imagine a beetroot cake? I can since Sofi. Just get Berliner Laib and put fresh avocado on it. Heaven.