Another German minister accused of plagiarism

Families minister Franziska Giffey is accused of copying parts of her 2010 doctoral thesis. Her case is nothing new in German politics. 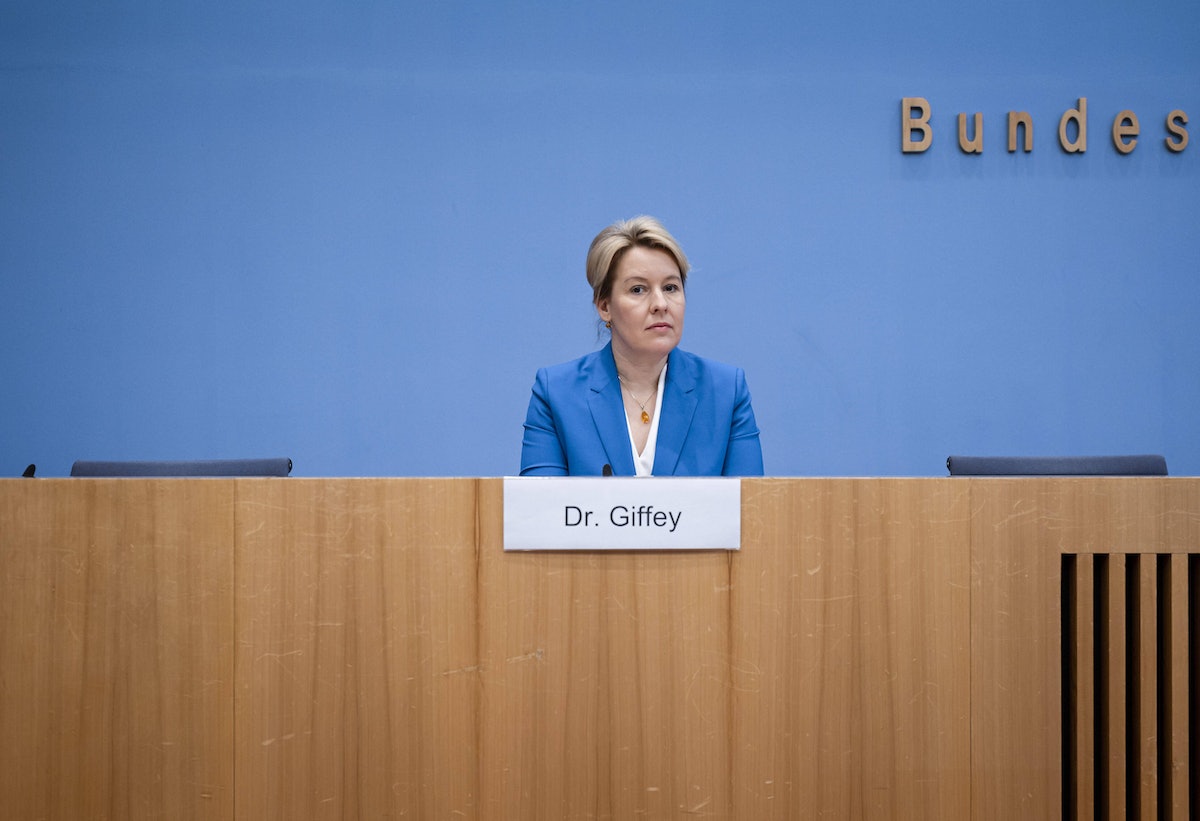 Berlin-Germany's government minister for family affairs Franziska Giffey (SPD) is currently embroiled in a scandal after it emerged that she had committed academic plagiarism in her PhD thesis from Berlin's Freie Universität which she wrote 10 years ago. Keen to keep her job, she's trying alternative tactics to avoid the fate met by other politicians in the same situation.

That's because the case of the minister formerly known as Dr. Giffey isn't that unusual. The current scandal calls to mind numerous other instances of senior German politicians being found to have plagiarised parts of their doctoral work, or not credited other academics properly, and losing their jobs as a result.

What is more unusual is the way Giffey has attempted to deal with the scandal so far - resigning her PhD and pledging to refrain from using her title in the future, all in the hopes of causing minimum damage to her family and political career: she still wants to run for the leadership of the SPD in Berlin.

The controversy began in February last year when VroniPlag Wiki, a wiki site investigating academic plagiarism, claimed that 119 passages in Giffey's doctoral thesis on the work of the European Commission had been plagiarised. VroniPlag has frequently targeted German politicians and found the independence of their work lacking. In response, Giffey herself requested the university review the work. In the FU's subsequent investigation, although incidents of plagiarism were found, Giffey only received a reprimand and was allowed to keep the qualification.

However, a freedom of information request by AStA, the FU's student union, in October revealed that the university had not reviewed Giffey's work in its entirety - only the 119 passages that had been highlighted on VroniPlag. As a result, the university announced last week that it was re-opening an inspection of Giffey's thesis.

The matter has turned into something of a political spat with uncertainty over how it will all end. Some of Giffey's SPD colleagues have called on the FU to get on with the process and reach their decision as soon as possible. However, AStA has called on the university to revoke the doctorate, and Adrian Grasse, the CDU's spokesperson for science policy, has said the university faces a "question of credibility" over what it does next. He added that he expects the FU to conduct proceedings "free of political influence".

Public opinion on Giffey's handling of the allegations has been similarly divided. Pollster Civey conducted a survey in which 47.2 per cent of participants thought her actions were wrong to some extent, while 42 per cent found she had more or less acted correctly.

Yes minister, this has happened before

Doctoral plagiarism has proven a fatal flaw for a not insignificant number of senior German politicians. One of the most notorious recent examples came in 2011 when then-defence minister Karl-Theodor zu Guttenberg was found by the University of Bayreuth to have knowingly committed several counts of plagiarism in his thesis about Germany's constitution. As a result of the scandal, he resigned all his political positions. In the same year, European parliamentarian Silvana Koch-Mehrin also resigned for having lifted passages from other academics' work.

Another dramatic incident swiftly followed in 2013 when Annette Schavan, a close Merkel ally, resigned after the University of Düsseldorf's decision to strip her of her PhD over accusations of plagiarism. This was especially embarrassing as Schavan had been minister for education and because her resignation occurred just months before the 2013 election.

Heads haven't always rolled in other cases of plagiarism however. In 2015, VroniPlag Wiki claimed that Ursula von der Leyen, another former defence minister and now head of the European Commission, had comprised as much as 40 per cent of her dissertation on gynaecological research from other sources without duly crediting them. Like Giffey, she also invited her alma mater, Hannover Medical School, to investigate her thesis. In the end, the School allowed her to keep her title after it found evidence of "mistakes, but no misconduct".

Why have so many German politicians been caught plagiarising?

Having a PhD is pretty common among German politicians compared to other countries. A study in Die Welt newspaper found 17 per cent of the more than 700 representatives currently sitting in the Bundestag, Germany's lower house of parliament, hold a doctorate. Two per cent of them are so advanced in academia that they would qualify for a professorship.

A doctorate carries with it an undeniable level of prestige in Germany. The title of "Dr." is something of a status symbol and legally protected, and rare is the person who won't let you know they have one every chance they get. Angela Merkel, who has a PhD in chemistry, once signed a letter replying to a nine-year-old girl asking for her favourite recipe for plum cake with Bundeskanzlerin Dr. Angela Merkel.

Pursuing a masters or a PhD isn't an uncommon route for young people or those in the early stages of their career in Germany - even if they don't intend to stay in academia. With German tuition fees either non-existent or dramatically lower than elsewhere in the world, perhaps it's not surprising so many pursue academic pathways as a next step. Could it be that the quest for a prestigious Doktortitel without long-term intentions to stay in the field leads some to stray from the path of proper academic procedure?