This time all trams and subways will be out of service for 24 hours. Not all busses will be affected, though.

Berlin - Following a BVG strike starting on the morning of 29 September, the trade union Verdi announced on Tuesday that Berlin U-Bahn and trams will not be running all day on Friday.

From 3am on Friday, unionised BVG staff will be striking for 24 hours, Verdi announced. Service will commence on Saturday morning. Last week's had lasted only nine hours in Berlin, unlike in other German cities. The strike is part of the union's nationwide protest for better working conditions and higher wages.

As on 29 September, several public transport agencies in Brandenburg will also be affected,  though only till noon on Friday.

The S-Bahn and dozens of bus lines will be running

S-Bahn and regional trains will be running regularly on Friday, since they're own by Deutsche Bahn and aren't affected by the labour dispute. A number of bus lines operated by private companies on behalf of the BVG will also be running. These account for around eight per cent of regular bus service in the capital.

The following lines faced partial disruption: 218, 283, 395 and 398. Similar disruptions are expected during the strike on Friday.

BVG ferries will be operating normally.

Following the public transport strike on 29 September, the Association of Municipal Employers' Associations (VKA) remains unwilling to negotiate a nationwide collective agreement, Verdi said. The collective bargaining conflict in the local public transport sector is about working conditions. Verdi is calling for nationwide uniform regulations on issues such as the promotion of junior staff, vacation time and compensation for overtime as well as allowances for shift work. 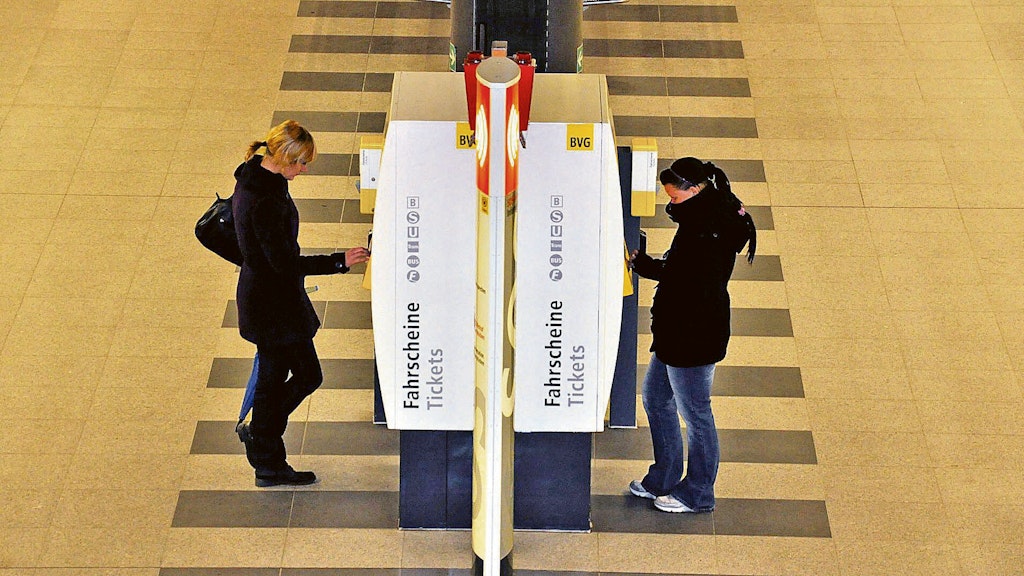 "In order to cope with the upcoming demand for personnel and to prevent unnecessary competition for staff , uniform nationwide rules on working conditions are necessary. This is the only way to recruit the necessary skilled workers and retain existing staff. Currently, poor working conditions regularly lead to high levels of sick leave. These also have an impact on line performance and lead to cancellations," Arndt said.

Compared to the year 2000, the number of employees has shrunk by 18 per cent, while the number of passengers has increased by a quarter in the same period, according to Verdi. Due to the strains, there are above-average sickness rates and accumulation of overtime. The situation was threatening to worsen further, as the average age in companies was 49 years, meaning that every second employee would retire by 2030.