"As a white man, I have never been asked for my ID by the police."

The Berlin interior minister Andreas Geisel on racism in the police, squats and his term in office.

Berlin - In six months, Andreas Geisel's term as interior minister (Innensenator) in the red-red-green (SPD-Linke-Grünen) coalition comes to an end - reason enough for a chat with the 55-year-old Social Democrat about racism in the police, the fall elections and how to deal with squat houses.

Berliner Zeitung: Recently the conflict over the squat at Rigaer Straße 94 has come to a head. You were at loggerheads with the Green Friedrichshain-Kreuzberg building councillor about fire safety in the house. When will a fire inspector be allowed in?

Andreas Geisel: I can't give you an exact date. The Friedrichshain-Kreuzberg district office and the owner have to clarify this first. As those overseeing the districts, we make sure that everything happens legally and by the necessary deadlines. Unlike others, we abide by court decisions.

Has the "Rigaer 94" conflict become a stress test for the red-red-green coalition?

No. The Senat has clearly shown that it is capable of acting and willing to enforce the law, even against leftwing extremists.

As much freedom as possible, as much security as necessary.

A legislative period in which three coalition partners had to make a lot of compromises is coming to an end. Has the common ground been used up?

We're at the start of an election campaign, but the answer is "no". Let's compare it to the red-black (SPD-CDU) coalition before that. Compared to that paralysing legislative period, red-red-green has achieved a great deal. In domestic policy, the CDU passed the Emergency Paramedics Act and nothing else. We passed the General Security and Order Act (ASOG), the Freedom of Assembly Act, the Voting Act, the Disaster Control Act, the Act on Psychosocial Emergency Care and the Transparency Act. And these are only the laws. The coalition has shown decisiveness and an ability to act.

Critics say ASOG, the Assembly Act and also the new State Anti-Discrimination Act encourage mistrust of the police. The ban on face coverings in public was largely abolished. To what extent did you have to compromise?

That criticism is nonsense. The ban on face coverings wasn't abolished. With three coalition partners, compromises have to be made, but I can justify all three laws. In the last legislature, the CDU lacked the strength to reform the ASOG. We can now carry out preventive telecommunications surveillance for dangerous persons in order to be able to counter terrorist threats. We have included body cams, which are urgently needed to detect attacks on police officers and firefighters. We have the silent SMS for the detection of dangerous or endangered persons. I could have imagined more, but overall, the police are more capable of acting than before.

For example, surveillance of encrypted communication via Trojan horses, is not included, nor is the "final rescue shot" [where police can fire  their weapons in order to save lives].

The "final rescue shot" was settled with a compromise. The CDU, which has not achieved anything itself, is now talking about the worst police laws in Germany. For them, the best police laws are those with the greatest and most far-reaching restrictions on civil rights. I say: as much freedom as possible, as much security as necessary.

Right now, there are 40 ongoing criminal cases of rightwing extremism in the Berlin police force.

Is it really helpful that a law on assembly prohibits the police from making covert video recordings and only allows them to film openly? And that they have to tell the demonstrators exactly which police officers are present? That's no way to identify criminals.

Sure it is. According to the Criminal Procedure Code, they can film if they have concrete indications. But they can't do it preventively and criminalise demonstrators from the outset. This is also the case with the ban on disguising oneself [at demostrations], which continues to apply. We are only giving the police more legal certainty. At the moment, officers would have to intervene if they were confronted with masked demonstrators. However, they don't that in order to de-escalate, but only when it is necessary for police tactics. The new ASOG puts them on sound legal footing. At the moment when criminal offences are being prepared or committed, the police leader can announce a ban on face covering, immediately making it a criminal offence. My coalition partners wanted it to only be a misdemeanor. We didn't let that pass.

The police have repeatedly been accused of racism. How are you dealing it?

Right now, there are 40 ongoing criminal cases of rightwing extremism in the Berlin police force. Measured against 25,000 employees, that's not much, but it's 40 too many. The 25,000 police officers are the good ones. We must strengthen their backs. But a police force can only gain the trust of the public if it also takes action against undesirable developments within its own ranks.

So-called racial profiling by police officers, i.e. the checking of people according to external characteristics, is a recurring topic.

When I ask my employees with an immigration background whether they have ever been checked without cause or whether they have ever had difficulties getting a job or a flat because of their name, they all tell me that this is their everyday life. As a white man, no police officer has ever asked me for my identity card without reason. But that doesn't mean that our police generally use racial profiling. That's forbidden. But I still have to say that there are other experiences. And that is why we are taking action. 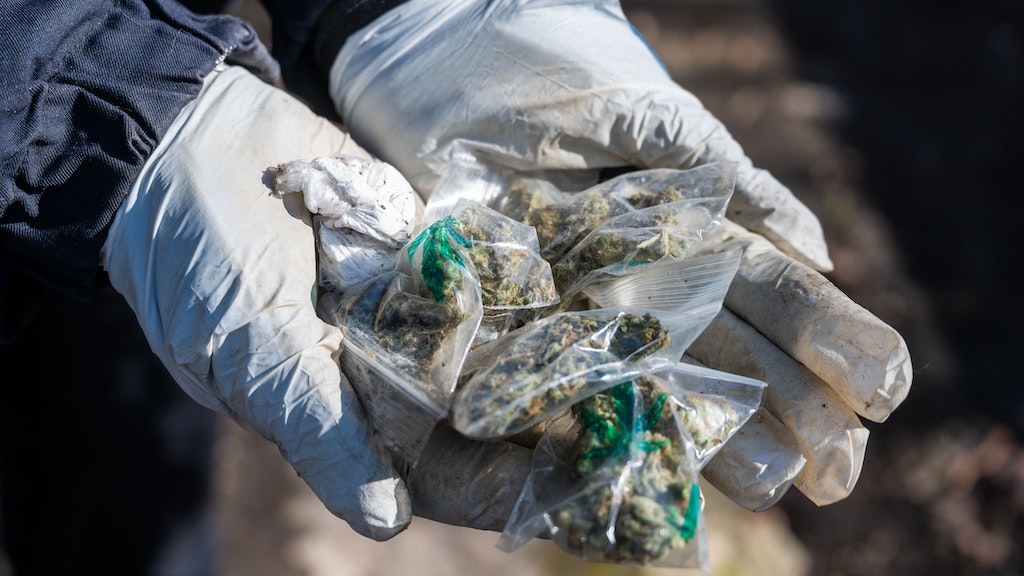 CrimeInterior minister admits racial profiling is a thing in Berlin

Doesn't this result in a cop preferring to check a mother with the pram for fear of being considered racist? The accusation of racism is often used as a weapon.

The police officers are well trained and should not be deterred by something like this. That is why the police chief and I expressly support them. The colleagues deal with the issue very sensitively. The dealers in Görlitzer Park mainly come from Gambia, Guinea and North Africa. We're not making this up. We take action against these dealers because they deal and not because they come from Africa.

But when police stop and ID dealers, they're immediately accused of racism.

There are also nonsensical accusations. You have to deal with them confidently because there is no racist motivation.

Are you satisfied that 38 per cent of police recruits have a migration background or should it be more?

State authorities should reflect society. We've already achieved this in the police.

Recently, in a over the Participation Act, you blocked a bill by the integration minister Elke Breitenbach (Linke) that ordained an immigrant quota in public service recruitment. Why were you able to live better with Breitenbach's second bill?

In Berlin, 42 per  cent of the over-25s with a migration background are excellently educated. This mix that makes up our city can be found in private companies as a matter of course. This is not yet the case in public authorities. We need to tap into this treasure trove of well-educated people.

An immigrant quota is constitutionally controversial. Why didn't you want to have it checked by the Federal Constitutional Court in Karlsruhe?

Article 3 of the Grundgesetz [the German constitution] says that no one may be disadvantaged or favoured because of their descent, origin or religion. We passed the law because it is our goal that the civil service reflects the diversity of the city as well. But if where someone or their parents comes from were to become a legal criterion for the selection of staff, then that would not conform with Article 3. I don't have to have that checked in Karlsruhe.

Others see it differently. The Green justice minister co-signed the bill introduced by Breitenbach because he thinks it is feasible. In the end, you got your way. How much pressure was necessary?

[Smiles and hesitates] We are in agreement on the matter. The red-red-green coalition is capable of acting.

How would you take stock of you term?

We have created 2,260 new jobs in the police and 860 new jobs in the fire brigade. We have promoted 10,500 police officers and 2,000 firefighters. The police are now more visible on the streets and they are much better paid. Today, a police officer earns on average €800 more per month than before our legislative period. In terms of pay, we were in 17th place out of all the federal states and the federal government. Now we're in 8th place. The equipment of all security agencies has improved. We bought 1,100 vehicles for the police and 325 vehicles for the fire brigade. This summer we'll open the first section of the anti-terror centre on Ringbahnstraße. The police and fire brigade are in a much better position. That is why I am not bothered by accusations that the police are not capable of acting.

You won't be able to afford this sort of new spending forever. Tax revenues are collapsing.

The economic forecasts tell us that we'll have just over one billion euros less per year and that we will be short of money for at least three years. Then we'll be back to where we were in 2019. If economic growth continues accordingly, we can bridge that.  If it exceeds that period, there is indeed a financial problem. At the moment, however, we assume that the German economy is recovering.

The oil and aliens of Monira Al Qadiri

The artist grew up in Kuwait and now calls Berlin home. You can find her art in Berghain. We found her in her Charlottenburg studio.