A mediocre Visit Berlin video raises the question: Does it make sense to advertise to tourists?

Berlin - The state-owned enterprises of this city do a pretty good job of marketing themselves. The BSR's trash can slogans - "Every 5 min trash falls in love in this bin" ("Alle 5 Min verliebt sich Abfall in diesem Eimer") is my all-time favourite - and the BVG's #weilwirdichlieben campaign prove that to be the case. Both organisations present themselves with a dash of humour and irony, and in a way that generally goes down well with Berliners and visitors alike. But then why are the marketing campaigns of Visit Berlin, the organisation that is supposed to sell Berlin to the world, so mediocre?

The latest example is a short video tagged #berlinreopens. The video is intended to show that Berlin's fantastic bars and restaurants are allowed to serve guests outdoors again. In the spot, a young woman in a 1990s-style get-up enjoys various alcoholic drinks at different terraces in Mitte: Hotel de Rome and Clärchens Ballhaus are recognisable. A 20-year-old chilling alone in a luxury hotel on Under den Linden. Why not?

There's a lot of drinking in the commercial and the young woman definitely does not adhere to the "liquor before beer, you’re in the clear" rule and manages a pilsner, an Aperol spritz, a glass of wine and an unidentified cocktail over the course of the day. At the end, the smiling solo drinker makes the heart symbol in front of the camera in a fake selfie. I'd also be pretty sloshed by that point. Not that I have anything against day drinking. But couldn't taxpayer money be used for something else?

The video is just cheesy. As a Twitter acquaintance commented, it has the "women laughing alone with salad" vibe. In other words: it's artificial and clichéd. Like German detergent commercials. Berlin, is this really how you want to present yourself to the world?

Finally! Berlin's restaurants and cafés open their doors again for outdoor dining and refreshing drinks under the open sky. Of course, in compliance with the current hygiene rules. 🍽 ❤️

Much else of what Visit Berlin does exudes a certain cluelessness. The new slogan "Finally again. Berlin." is a poor translation of "Endlich wieder. Berlin." and it just doesn't work in English. Aren't there any native speakers at the Visit Berlin office to check over stuff like that?

The urban development expert Ares Kalendides recently told me: "Honestly, the tourists will come on their own, without Visit Berlin." The marketing agency has a budget of €20m, 77 per cent of which comes from state coffers. Does it really make sense to spend public money on this sort of advertising? Before the pandemic, there was talk of overtourism. Kalendides says now it should be about managing the flow of tourists rather than attracting them. 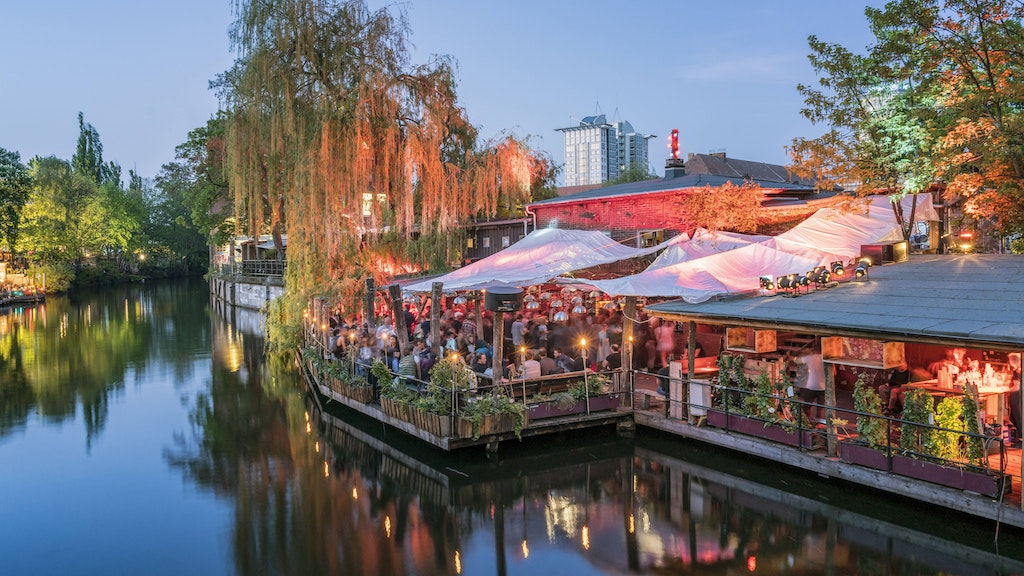 Interview From overtourism to undertourism

He's right. Influencers and the foreign press take care of the marketing by themselves. The day after Berliners were allowed to hang out at pavement cafés again, a Guardian travel writer reported on the "unbelievable scenes" of happy people on Oranienstraße in Kreuzberg.

By the way, the most effective Berlin advertising slogan of all time, especially abroad, was ex-mayor Klaus Wowereit's "poor but sexy", dating back to 2003. Embarrassing as well, but totally free-of-charge.