Tips from the public led to the arrest of the 39-year-old, who donned flip-flops and used a getaway bike.

Berlin - His arrest was almost as swift as the haphazard bank robberies he allegedly committed.

A 39-year-old dual Brazilian and Italian citizen was arrested at 8am by the elite SEK police squad on Wednesday in Eisenacher Straße after he allegedly robbed two Commerzbank branches Tuesday morning.

The officers seized "the crime clothing and most of the loot" during a subsequent search, a police spokesperson said.

His arrest followed the release Tuesday evening of photos from the banks’ security cameras that showed the robber did little to hide his identity beyond a grey mask. On the photos he could be mistaken for someone just stepping out for Brötchen, toting a black rucksack and wearing flip-flops.

He escaped on a bike after both crimes.

The release of crime-scene photos from violent crimes sometimes takes a year as judges require the exhaustion of other investigatory measures before giving their permission but Tuesday proved an exception.

Police quickly linked the 9.15am robbery of a bank in Hauptstraße in Schöneberg on Tuesday with an attempted robbery 30 minutes later near Kurfürstendamm in Charlottenburg. Although the robber pocketed an unknown sum after brandishing a knife during the Schöneberg robbery, security personnel thwarted the attempt in Charlottenburg, police said.

The Schöneberg robbery left the teller in shock and she was transported to hospital for treatment. 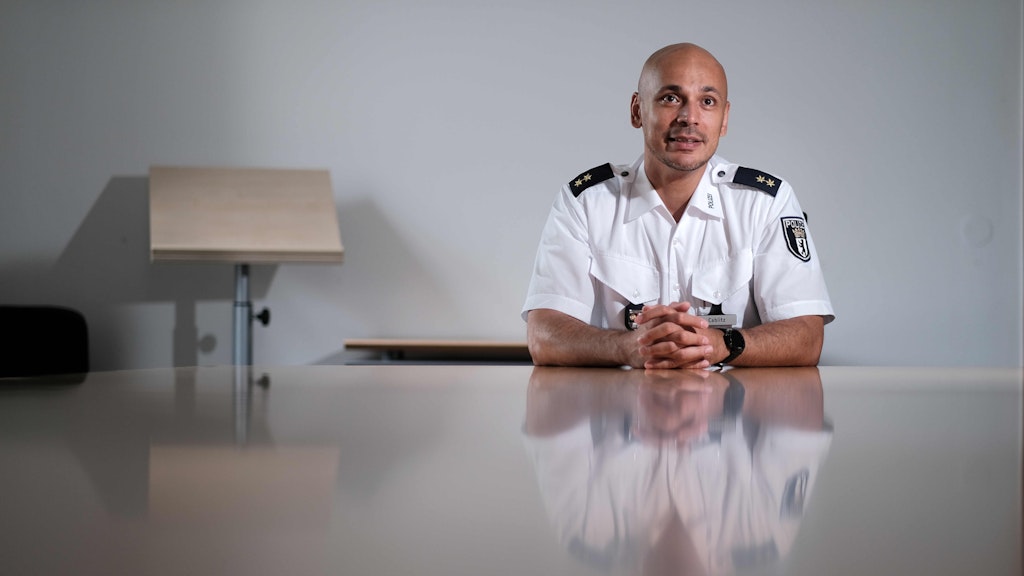 Fighting racism A Black cop speaks out about racism in Berlin

Berlin police are sensitive to bank robberies after a high-profile attempt three weeks ago that left a security guard wounded. In that attempt, several masked perpetrators tried to enter a branch on Bundesplatz in Wilmersdorf using a flatbed truck.

When the security guard tried to stop the perpetrators, they fired at him, striking him several times. They then set the truck afire before fleeing in a black Audi, which was found in flames hours later in the Neukölln district of Britz.

Police are investigating whether the perpetrators of the Bundesplatz robbery are also responsible for the attempted robbery of a cash courier days earlier at a bank on Hermannplatz.