Ten per cent of new infections in Berlin have been traced to Kneipen and restaurants. Politicians are struggling to come up with solutions.

BerlinInstead of addressing the urgent problems at airport testing sites in its session yesterday, the Senat – Berlin’s city-state government – focused on rising corona infections in bars and restaurants.

Berlin Mayor Michael Müller (SPD) said after the meeting that hotspots that posed a danger could be identified. The Senat feels as if it's time to act.

“We see that many people are following the rules – but we also see the opposite, from corner pubs to star restaurants.”

The health department responded to a Berliner Zeitung inquiry that “in the last four weeks, the proportion of infected persons due to outbreaks in restaurants was just over 10 per cent”. 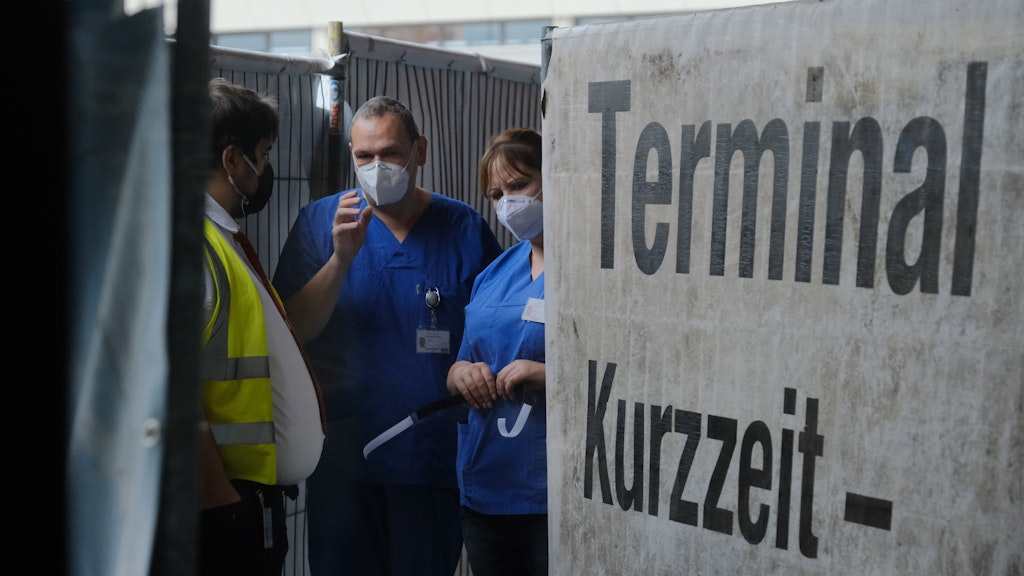 Some big problem areas have been known for a long time: Contact tracing in indoor restaurants is often not done properly or not at all. In several cases, health authorities have had massive problems tracing the identity of guests.

Outdoor locations are currently not required to record contact details yet some proprietors also collect addresses voluntarily in open-air beer gardens, even though they’re not obliged to do so under Berlin’s current corona rules.

"At the moment, we’re demanding a lot from indoor restaurants," Müller said on Tuesday. "If we notice an increasing danger of infection due to freewheeling behaviour in outdoor venues, we will have to require lists there as well." Müller didn’t specify how he intends to identify an increasing danger.

The mayor didn’t rule out a ban on alcohol in corona hot spots, but he considers it barely feasible for the heavily burdened code enforcement offices (Ordnungsamt): "You can do that, but you have to enforce it.”

Müller also rejected a ban on football broadcasts in sports bars, as some have called for. The problem is not a single broadcast or type of sport, he said. General regulations were needed - and the solidarity of all of society, of all Berliners.

In this phase of the corona crisis, the Senat says it wants to step up its communication efforts and launch an information campaign aimed at Berliners to increase compliance with existing rules.

While the association acknowledges there's room for improvement, Dehoga Chairman Thomas Lengfelder attended the meeting and came to a different after talking with city officials.

"We cannot assume the duties of the Senat," he told the Berliner Zeitung. He said his association had just 15 employees, and that Dehoga had done "everything in our power": written e-mails, created hygiene plans, offered an online e-ticketing system for registration.

But they couldn’t ensure that the rules were observed: "We’re not the executive branch. It's up to the politicians to make sure the rules they’re demanding are enforced."

Every single Berliner should take a look at themselves first, Lengfelder said.

Dehoga is testing a new communication channel to the restaurateurs via suppliers. The industry, however, is diverse, and by no means does the association represent everyone. Ordnungsamt officers and police must also be present, Lengfelder said.

Lengfelder strictly rejects the idea of registering outdoor diners: "We don't think much of that,” he told the Berliner Zeitung on Tuesday.

Data on infection figures for restaurants and bars is extremely weak, he said, especially when it comes to outdoor seating, adding that there was no evidence yet of whether it presented a threat.

For Silke Gebel, parliamentary party leader of the Greens in Berlin, this is unacceptable.

“It makes no sense not to register these people,” she told Berliner Zeitung on Tuesday. “These people also go inside.” Uniform regulations are needed.

Gebel, like the rest of the Senat, advocates more focused monitoring. Cooperation between the police, the districts and Dehoga could result in a less labour-intensive way of performing checks: “They know the industry and neighbourhoods – and know exactly where to look.”

How such a collaboration could come to fruition remains to be seen. When the Senat ordered 240 additional Ordnungsamt employees to hit the streets to look out for corona violations, already stretched district administrations emitted a collective groan.

The S-Bahn will operate as usual but trains are expected to be full, as are Berlin's streets and bike paths.

Black, white and red Reich flags have been showing up at corona sceptic protests. Since they're associated with far-right ideologies, German states are calling for a ban.

Do you know Bartmann?

The Australian teacher has become a Tiktok sensation in Berlin with a mix of accented German and cringe.