Arthouse chain manager Christian Bräuer loves the looser rules, but says the problems are far from over. One reason: Hollywood.

Berlin - Times are tough for cinemas. But things just got a little easier, at least in Berlin. This week local health authorities are expected to approve a new hygiene concept under which cinemas with good ventilation will only have to have 1 metre between moviegoers. Previously, the minimum was 1.5m.

Berlin is following in the footsteps of states Saxony and North Rhine-Westphalia, and countries like Austria, Switzerland, Finland, France, Poland and the Netherlands.

"This is a great relief for us," said Christian Bräuer, chairman of the AG Kino-Gilde cinema association and managing director of the Yorck chain of theatres during a Wednesday phone interview. This means that only one seat must remain free between each visitor or group of visitors, allowing cinemas to reach 60 to 65 per cent occupancy.

Cinemas previously had to leave two seats free between customers, limiting them to 25 per cent of capacity, at best.

"This is very important, especially for the smaller cinemas. Some of them were already sold out with 20 moviegoers." 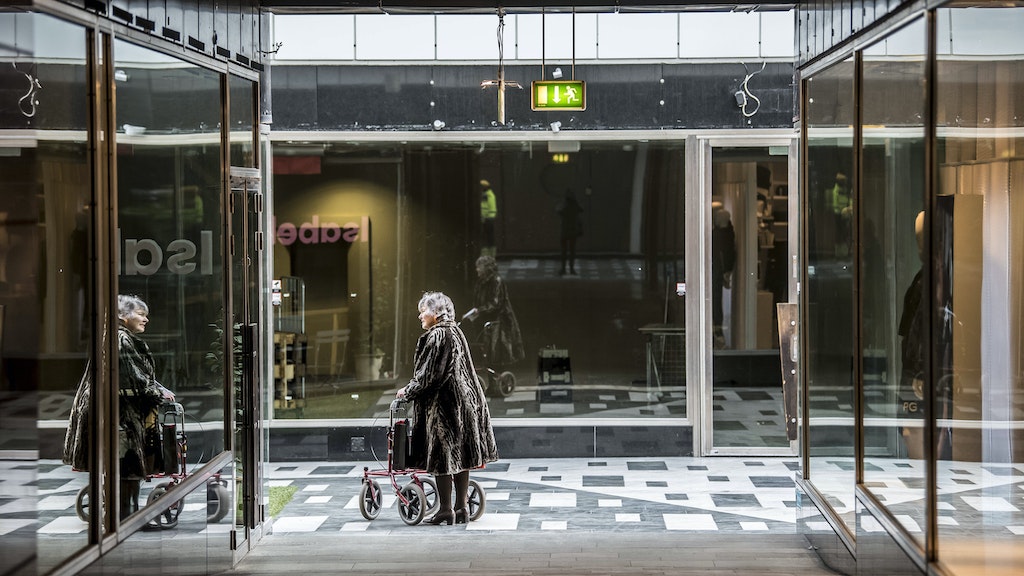 Covid-19-Krise Sweden and corona: How the old have been abandoned

A study about aerosol transmission from Berlin’s Technical University played a key role during a recent senate meeting. The study proved that the aerosol load in a cinema is considerably lower than in an office, for example.

Cinemas are therefore safer than previously assumed. "In the cinema you don't sing. You don't talk. You breathe calmly," Bräuer said.

However, just getting fuller won’t necessary mean cinemas will be able to operate in the black. "But at least the effort is worth it proportionately," Bräuer said. "It's a step towards profitability."

But advertising revenues are still missing, and events can't be organised in theatres either.

A huge problem for the industry continues to be film launches that have been postponed indefinitely or have been cancelled. Take, for example, the Hollywood blockbuster Mulan – a live remake of the animated film of the same name.

The movie was supposed to come out in March, but since then the premiere has been postponed again and again – first till July, then till August. On Tuesday, Disney announced the film would be released on its Disney+ streaming service, and not on the big screen wherever Disney+ is available.

It’s uncertain when it will ever be released there. "This is bad for the cinemas," Bräuer said.

A Quiet Place 2, the sequel to the successful 2018 horror flick, isn’t scheduled for release until next April, while Paramount's Top Gun: Maverick starring Tom Cruise has been postponed for a whole year. It won’t come to big screens until July 2021, when it’s assumed the coronavirus will be a thing of the past.

"The US, with its high infection rates, is far from normal," says Bräuer.

In the US, many cinemas are still closed due to corona, or have been closed again, as in California since mid-July. Yet film knows no international borders. After all, the new Christopher Nolan film Tenet is slated for released in August, as was announced a few days ago.

You can't live on half capacity

Will German and European films be able to make up for the shortfall?

“In July, despite the regulations on social distancing, we were able to reach a visitor level of 50 per cent of the same period last year," Bräuer says. "You can't live on half capacity, but it's still a success. This shows that Berliners have a taste for the cinema. Berliners are a cultural people. For them it's not just the gym or the football stadium that matters."

Bräuer said the German film Undine and the Georgian production When we Danced drew a lot of people to the cinema.

But he also complains about unequal treatment. For example, he says, before or after catching a movie, you can sit in each other's direct company in a restaurant. And while you have to maintain 1.5m distance to strangers, it’s no problem to get a massage in a brothel.

There is one more piece of good news from the Berlin cinema world. Pankow's Blauer Stern cinema, once the dance hall of an excursion club, and converted into a cinema in the 1930s, has been renovated and redesigned. Next week is the opening in the art nouveau building.

Bräuer has to end the interview abruptly. He has an appointment with Berlinale directors Mariette Rissenbeek and Carlo Chatrian: "We'll see what's going on."