A motion by the party's migration workgroup says the concept leads to racial profiling, critics say Berlin needs policing, not a language police.

Berlin - A special migration committee of the centre-left SPD in Berlin wants the term "clan crime" forbidden and for police to stop using the concept as a backdrop for searches and harassment, according to a motion submitted during the party's meeting last month.

The politicians are concerned by the widespread raids against supposed "clan" figures and businesses in Neukölln and Kreuzberg, where heavily armed police officers regularly enter and search shops and shisha bars. The raids have been pushed by Berlin Interior Minister Andreas Geisel (SPD) for over a year and have resulted in significant seizures of money and property.

"Clan crime" supposedly highlights a specific type of organised crime – a handful of crime families with Arabic, Balkan or Turkish roots with members that are related to each other. The Remmo clan, for example, is suspected of masterminding the cat burglary of the Grüne Gewolbe in a Dresden museum last year.

But critics say the term is too easily applied to anyone with a non-German sounding last name or a darker skin tone. Pedestrian crimes are sometimes given more importance or falsely recorded because of a wrongly perceived link to organised crime. 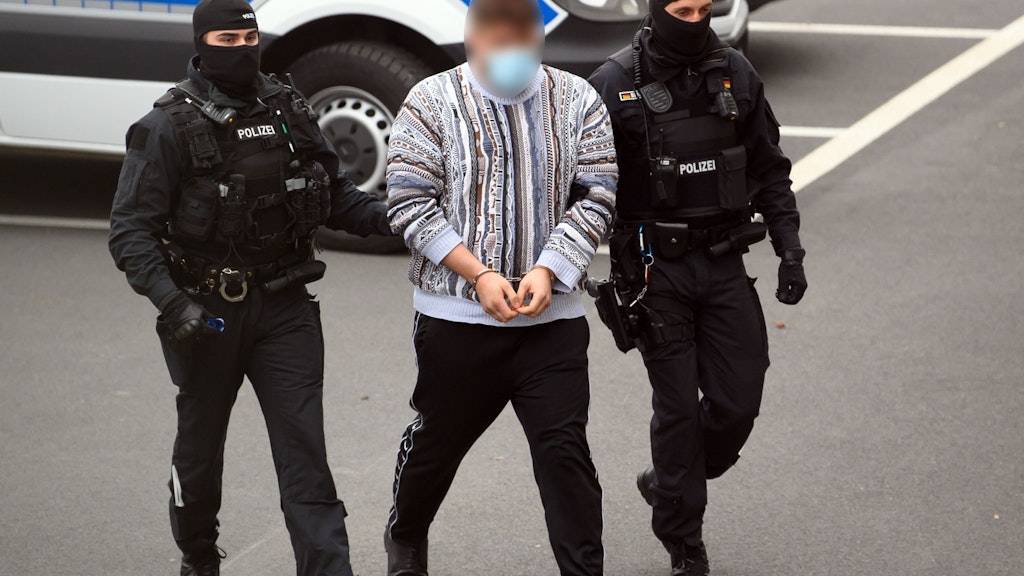 "Clan crime," the motion states, should be rejected since it's a form of racial profiling. The "statistical recording of clan crime in its present form" should be abandoned and criminal statistics should only be gathered based on criteria the police need to do their job.

The workgroup wants to ensure "migrant businesspeople and their customers are treated in the same way as all other Berlin businesses."

The concept is controversial even within the SPD.

"Good politics begins with talking out about reality. We have organised clan crime in the city, which makes life difficult for people," Franziska Giffey, the SPD's likely mayoral candidate in the 2021 Berlin state election, said during the party meeting.

The number of police officers should be limited

"While clan crime continues to escalate in Berlin, the Berlin SPD wants to ban the term from police work. Instead of language police, Berlin needs to wage a tough a fight against criminal clans," Paul Ziemiak wrote

The motion includes concrete ideas of how to alter police activities. "When the police assist officials in the inspection of businesses" it must be ensured that "the customers of the respective business are only checked and searched if there is a concrete reason and if it is necessary."

The motion suggests not allowing media during the raids, possibly to lower the chance of stigmatising people or locations, and "the number of participating police officers should be limited as much as possible and disproportionately heavy weaponry should be excluded".