Berlin, this is your new S-Bahn

Few know that a new train will connect the northern Ringbahn with Hauptbahnhof in 2021 ... and the Siemens campus and maybe even Königs Wusterhausen. 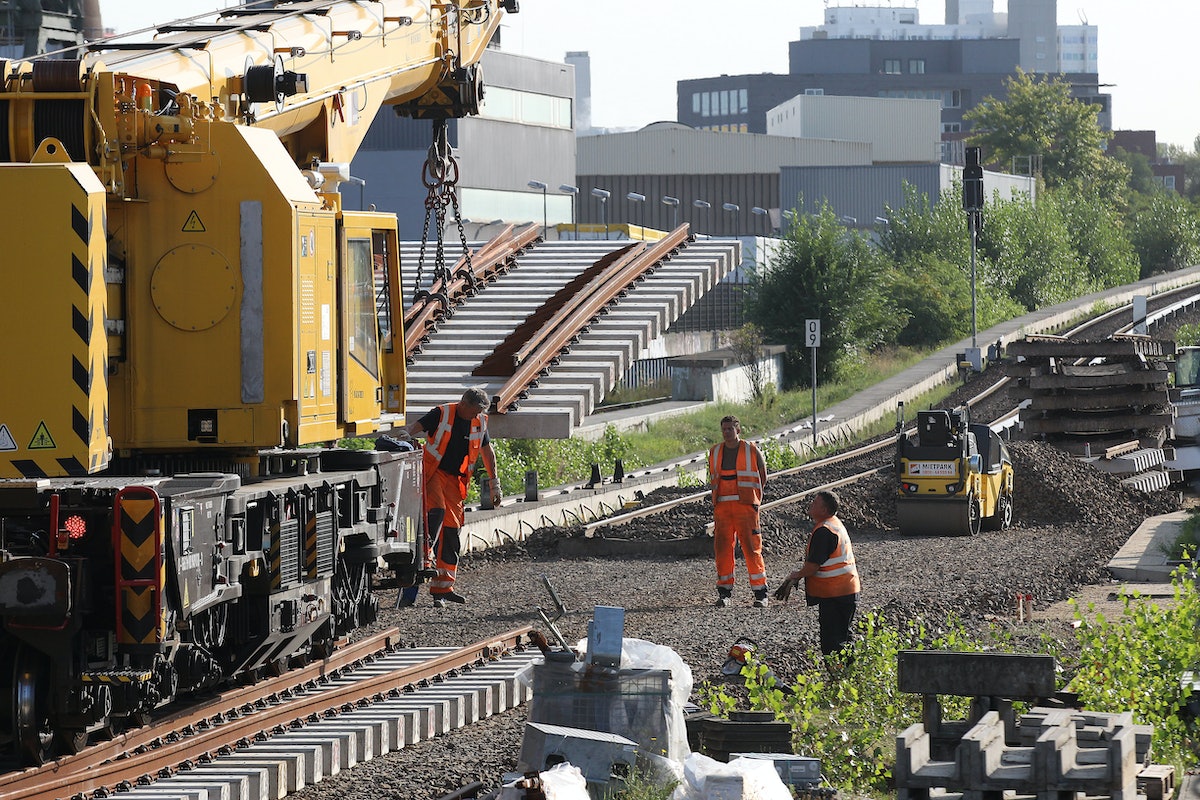 "Little Mouse" laying a switch to zip the new train off the ring and toward Hauptbahnhof. Berliner Zeitung/ Gerd Engelsmann

Berlin-One more year, tops, and the city will get a new S-Bahn line. The S15 is slated to open in the summer 0f 2021, Deutsche Bahn's Alexander Kaczmarek (DB) said.

Construction for the first 3.9km section of Berlin's second north-south S-Bahn began a few days ago and will keep the northern Ringbahn closed until Sunday evening.

“Four-car trains will run between Hauptbahnhof, Wedding and Gesundbrunnen every 10 minutes,” he said. It's still unclear whether the line will go into operation in early or late summer.

The train will be the first north-south S-Bahn put into operation since 1939. It will provide additional connections and add much-needed capacity to the growing capital region.

The project was initially supposed to run between the main station and Gesundbrunnen starting in 2015 but then it was delayed to 2017 and 2019 before a final completion date of 2020 was set. And missed.

Most recently an issue with groundwater held up the project.

But construction delays are nothing new to Berlin and the project, which was originally known as the S21, had to be renamed the "City S-Bahn" because of the poor reputation of a similar-named major project in Stuttgart.

On paper the new route looks like the letter Y because it branches off just before the Ringbahn to serve both the Wedding and Westhafen stops with switches known as Nos. 821 and 822.

The switches are now in place after a construction crane called "Little Mouse" hoisted the second switch for the new junction into place Friday. The switch itself weighs around 20 metric tonnes, with each concrete sleeper weighing 330kgs.

Although the infrastructure is ready, S-Bahns won't travel from Westhafen to Hauptbahnhof until 2026, when the s46 from Königs Wusterhausen could be extended beyond its Westend terminus.

A planned resurrection of the Siemens S-Bahn, which has been shuttered since 1980,  could connect the Siemens campus between Charlottenburg and Spandau with the main station in 20 minutes.

“We hope that operations on the line from Gartenfeld to Jungfernheide can start in 2029," Kaczmarek said. The Siemens railroad would then be 100 years old. Work will begin soon to remove old infrastructure and make way for renovations.

2026 is also the year DB plans to open an S-Bahn station under the main station. Until then, trains will have to turn around in a temporary terminus, which is located in the tunnel section north of Invalidenstraße.

Although the area has a platform, it only has room for four S-Bahn cars. The final station will be located south of Invalidenstrasse and will have two long platform edges.

"Both stations will be fully accessible," Kaczmarek said.

This article was adapted for the English Edition by Andrew Bulkeley