Günther Krabbenhöft has written a how-to book on how to live a good life. It's in German, but you'll get the gist of it in our interview.

Kreuzberg - Günther Anton Krabbenhöft saunters across Admiralsbrücke towards Café Milchmädchen. Bow tie. Jacket. Everything about him matches and seems in perfect harmony – even the white wireless in-ear headphones are colour-coordinated. A 75-year-old style icon in the epicentre of Kreuzberg.

Krabbenhöft welcomes you like a gentleman – openly and politely – even though he says he is a bit stressed: “Busy right now.”

A video of him dancing at a private party with Britt Kanja, another Berlin fashion star, has gone viral and the enquiries from England, France and Turkey keep coming in.

Berliner Zeitung: Mr. Krabbenhöft, the internet has given you many labels: trained cook, model, club icon, "Berlin's oldest hipster" and influencer. Non-fiction author has now been added to that list.

Günther Krabbenhöft: I have always kept a diary, but never thought for a moment about publishing any of it. If someone had told me a few decades ago that I would write a book, I would have said, “Dream on!” What happened to me, how I lived, the efforts I made to grow up, to find my place in youth, to know where to go, all this was not yet an issue in the society of the '60s and '70s. I thought about it really for the first time when friends asked: Did you ever think about writing all this down? Who wants to know, I defiantly thought at first? Everybody writes books. My friends didn't let up: I could supposedly inspire others with my story. At some point I started to agree ...

Dividing it into 14 chapters made it easier for me. I didn't have to write a novel and I didn't have to stick to a single narrative thread. I worked very hard on some passages, searching for a long time to find the right words for the thoughts. When I wrote the initial sentences, I was really afraid that I wouldn't be able to reveal my inner self. But I didn't regret anything. I was overwhelmed by a feeling of happiness looking at the old days when I read the finished manuscript for the first time. In the end, I was very touched that I dared to be so open.

I intensely felt the pain that I felt at that time.

You wrote a book of advice. It could have been an autobiography or a memoir. Was important to you to address people directly?

Exactly. It was important for me to make it clear to people once again: Hey, no matter what happens to you, if you think you've failed in life, the day will come when you see weakness as strength. Only in retrospect do I recognise my own days of despair, and can appreciate them.

Talking about despair: As a child and teenager in Lower Saxony, you were often annoyed. Have you been there again for the book?

Much, much earlier. The last time I walked through (my hometown) Letter was about 10 years ago. At that time I had the feeling that I had to say goodbye. When I was there, everything seemed much smaller, the distances shorter. As a teenager, I always moaned about my commute to work in Hanover during my apprenticeship as a cook. I thought, what were you always complaining about? When I wrote later, my feelings came up much stronger. I intensely felt the pain that I felt at that time. 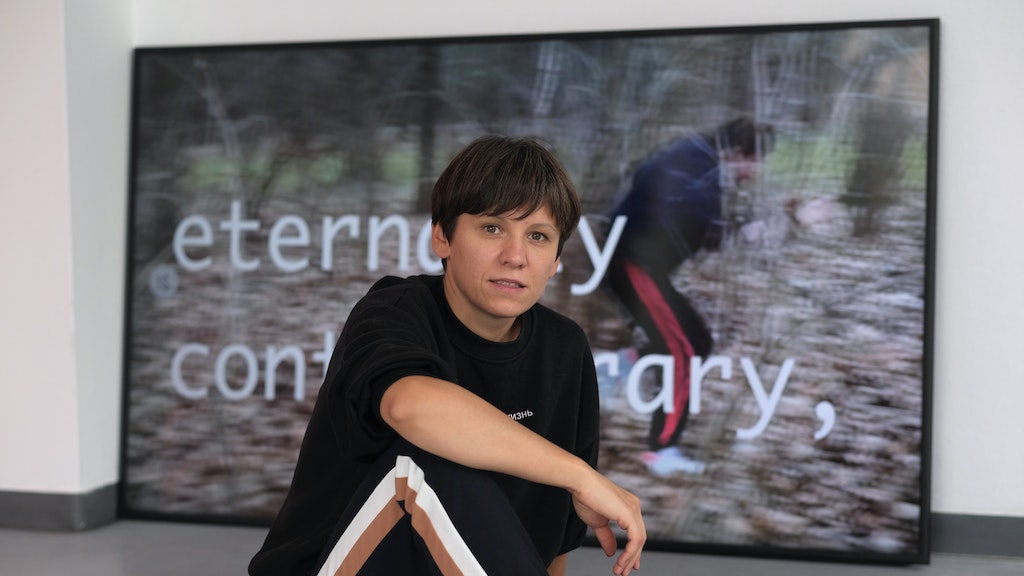 But your new book is also full of positive anecdotes, everyday encounters with people who sparked moments of happiness.

It's never something spectacular. When I walk through the city with my eyes open, for example, I notice a child who is licking an ice cream with his tongue and is completely absorbed in that moment. Or I see a beautiful play of light and shadow. It is the beauty in the everyday that moves me. When I sometimes see how carelessly people perceive their surroundings and stare at their smartphones ...

You find much about the zeitgeist distrubing. You write about "gray, emotionless faces in the U-Bahn." Was it so different in the past?

Yes, of course! I was very lucky that I grew up in the country. Even back then, I would lie in the meadow for hours and hours, following my thoughts, reading, maybe listening to the radio, learning a lot about the world even though I wasn't there myself. In the Berlin of the '70s and '80s, people used to have a book in their hands and communicated much more in everyday life. The 29er Nachtexpress, for example – when the metro didn't run at night – was an event, a stage for the beauties of the night. Drag queens and other freaks got on board and people were always talking to each other. Today I sometimes ride on the escalator and shout to the people coming towards me: Talk to each other! How absurd that is. People are close together and everyone stares at his smartphone and lives in his capsule.

This mentality also expresses itself for you in questions of clothing. You speak of Berlin as a city of "black frocks".

Clothing must be fun. And I'm not talking about fashion trends. When inner beauty comes together with outer beauty, there's an incredible synergy. Clothing as a way to transport something of yourself. Please don't misunderstand: I am not the fashion police. Whether I like it or not, I don't care. But I would simply like to see more people experimenting and not being so conformist with their fasion. There is treasure inside of everyone, so why not share it with others

Berlin is considered a city of lived individuality.

Oh, they all believe that. Sometimes I talk to young people and tell them that anything is possible, that you can wear anything. I don't know if you just want to look like shit. With some people it even looks right. Nevertheless, for me the ideal of today's clothing remains the aesthetics of ugliness.

The post-war education that tortured you so much is no longer something that young people are exposed to. They should have much more space for expression ...

I believe that the big questions of youth are still the same as in my time. What's my place in society? But social media generates a deal of great fear of putting your foot in your mouth. What's also new is the insecurity that arises from the many possibilities of youth. Like in the supermarket when you stand in front of a shelf with 50 or 100 types of yogurt ...

The penultimate chapter on "Showing attitude" sounds like a plea for democratic coexistence. Is this a statement on the current political environment?

My whole life is political. But I am sensitive to the current excitement. What annoys me is that people no longer talk to each other, just about each other. Of course, I draw the line when it comes to discrimination, but you can't just belittle people because they disagree. Tolerance also means accepting other people with different perspectives.

In another chapter you recommend building oases of peace in your life. Silence and deceleration is abundant these days ...

I do not want to find anything beautiful in this specific time. Beauty has always been there, and that's what I'm recommending. I also knew beforehand that I needed deceleration in my life. I want to have respect, respect for the situation with the virus, but I don't want to panic and suddenly be considered a potential murderer just because I hug a good friend. I don't want to accept that as normality. For me, nobody needs to stay at home out of a sense of responsibility. Just ask me!

A power for good

As the delayed Euro 2020 gets going, we spoke to Jacob Sweetman, sportswriter and editor of a new essay collection on football, culture and politics.