Bones discovered on FU campus: all evidence points to Auschwitz

Could the remains be those of victims of concentration camp doctor Josef Mengele? Very likely. Free University management is blocking further excavations.

Berlin - On 1 July 2014, construction workers were digging a small trench on the campus of Berlin's Free University (FU) and came across a strange pit - filled to the brim with human bones. The foreman called the police. They sent Commissioner R., who in turn informed the FU president's office, photographed the human remains and had them transferred to the Institute of Forensic Medicine at Charité Hospital.

The forensic experts examined the find from the Garystr. 39 incident site and came to the following conclusions on 17 July: "About 250 litres of bone fragments" were recovered in seven paper bags, and are "mostly of human origin", from both children and adults. They had been in the ground for several decades. In addition, "10 round plastic tags of different colours" with handwritten numbers were found among the bones.

All this pointed to a horrifc explanation and a link to Auschwitz. Dr. Josef Mengele, who performed medical research at the Nazi death camp between 1943-44, had supplied the Kaiser Wilhelm Institute for Human Genetics, Anthropology and Eugenics (KWIA), at the time located on the FU campus, with countless human specimens. They mostly came from Jewish men, women and children whom the doctor had examined alive and then had murdered for research purposes.

Mengele and his former boss and doctoral supervisor, Professor Ottmar von Verschuer, who headed KWIA, called the bones, eyes, blood samples and organs of the murdered, hundreds of which were sent from Auschwitz to Berlin, mostly in 1944, as "scientific material". At the time, Verschuer, Mengele and others conducted research on twins, hip dislocation, clubfeet and short stature, in children "with physical abnormalities". They were interested in all kinds of unanswered questions about genetics and heredity.

The FU president back in 2014, Peter-André Alt, and his staff were familiar with the history, but the police and the forensic doctors were not. The FU leadership deliberately, semi-deliberately or negligently failed to inform both the agencies involved and the public of the likely implications of the discovery. As I suspect, the FU's pursuit of the title "Excellence University" was more important than much else at the time. Words like "Mengele", "murdered Jews" and "Auschwitz" were considered inappropriate in this context.

Although the forensic experts had not received any information on the specifics of the incident site at Garystr. 39, they reached clear conclusions in their report: "The plastic tags found are reminiscent of markings for biological/medical preparations, so that they could be remains of such due to the position of the bones in the soil and the incompleteness of the skeletons". The scientifically tagged, partial skeletons of at least 17 people of very different ages had been removed from the pit.

By now at the latest, the university's top management should have been alarmed and ordered further investigations. Instead, the bones were left lying around carelessly for months, until on 12 December 2014, when they were unceremoniously burned in the Ruhleben crematorium and buried anonymously next to a basement window of the crematorium. The plaster casts of human limbs that were also found disappeared without a trace. 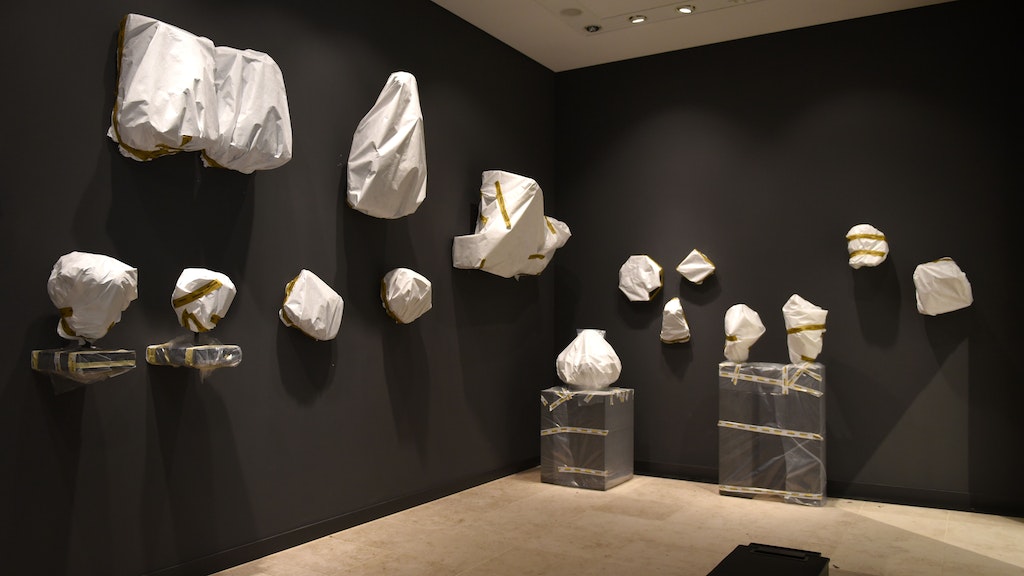 At least a number of forensic photographs of the bones have survived. They show a high number of vertebrae, thigh and pelvic bones. This also suggests a connection to Auschwitz. In his memoirs, Mengele's surviving involuntary assistant, the Hungarian-Jewish doctor Miklós Nyiszli, described in great detail how the scientific killings took place.

The memoirs appeared in English in 1960, and in German in 1992. Nyiszli described how, in 1944, an approximately 50-year-old non-clubfooted father and his 15-year-old clubfooted son arrived at Auschwitz from the Lodz ghetto. Mengele had them both taken to the dissection room of Crematorium II and ordered Nyiszli to "take the exact measurements of father and son. Fill out all clinical examination sheets accurately, paying special attention to possible causes of the deformities." After the examination, father and son were immediately shot, and Mengele ordered: "Prepare the skeletons and send them to Berlin."

The ignorant inaction of the Free University's president became public knowledge at the beginning of 2015. First the Tagesspiegel newspaper exposed the scandal. The Berliner Zeitung followed suit. A tight-lipped statement by the FU president's office spoke of "gaps in communication". But public and then internal FU pressure led to smaller archaeological excavations on the site. They took place 2015-16. It was not until February 2021 that the FU presidium presented some of the results of this research to a tiny audience via Zoom. 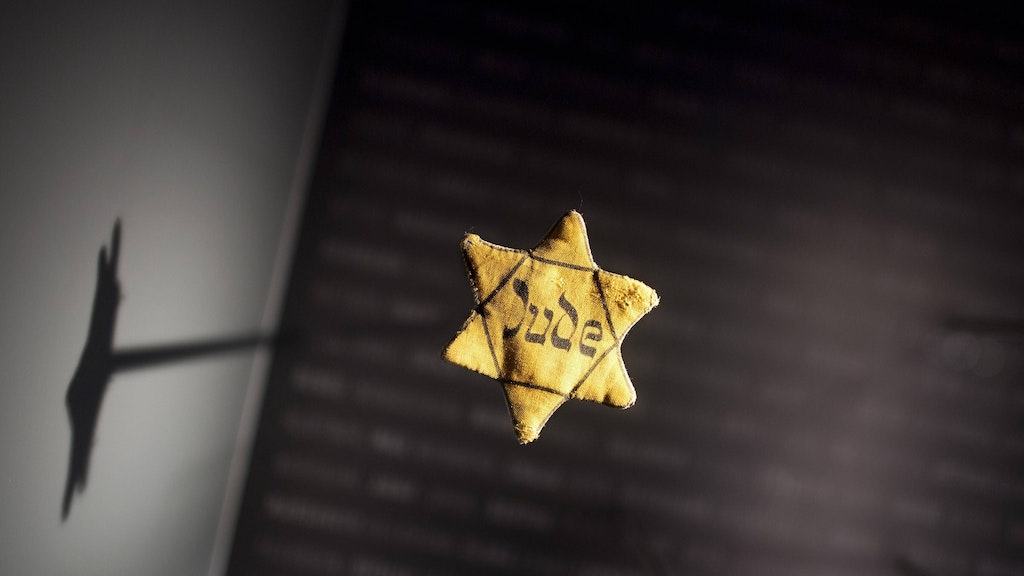 Holocaust Remembrance Day The yellow star: made in Berlin

The excavations were undertaken by two excellent FU archaeology professors, Reinhard Bernbeck and Susan Pollock, together with students and assistants. It is thanks to their commitment and expertise that significant new findings have been made. However, the current president of the FU, the mathematician Günter M. Ziegler, is doing much to let the grass grow quickly over the matter, which is visibly unpleasant to him. To this day, he has blocked further excavations proposed by the archaeologists at his university. Instead of clarification, he promised a small commemorative ritual and some explanatory plaques of hitherto unknown content in February.

Susan Pollock has taken a very different approach. She presented the preliminary results of her excavation with great precision in February 2021. In total, further skeletal remains of at least 54 (presumably about 75) people of all ages were found in a small area. These bones also clearly belonged to a scientific collection of human specimens, as evidenced by the inscribed plastic tags that were again found.

Since such labelling only gradually came into use in the 1920s, it is very likely that these also date from the Nazi period. In the decades before, the prepared bones of anatomical-anthropological collections were either directly labelled with ink or provided with numbered labels made of cardboard.

For the above reasons, it is a distraction from the Nazi crimes when it is repeatedly and recently increasingly claimed at FU that the finds could also originate from the colonial period. The former Kaiser Wilhelm Institute did in fact house such a collection, namely that of the anthropologist Felix von Luschan. However, it was moved to northern Hesse in 1943, where it survived the war intact.

According to Susan Pollock, one of her finds deserves special attention. At a site that would have been difficult to find in 1944-45, she discovered the fragmentary plaster cast of a man with associated bones at a depth of 1.40m. As Pollock summarised, this find is an indication of "unconscionable research racism". According to her estimation, there is much to suggest that the pit was a hiding place, the contents of which were to be subject to further research at a later date.

She was also able to ascertain that the pit was dug in a hurry, filled with sacks of bones and then very quickly - I assume because of the approaching Red Army - covered up again: "The vertical walls of the pit stood out sharply from the surrounding sediment, so the pit could not have stood open for long. The sandy edges would have eroded quickly."

From this insight, Pollock and her colleague Reinhard Bernbeck concluded that the entire site of the former Kaiser Wilhelm Institute, non of which has yet been built on, should be investigated. Detailed reports on the excavations carried out so far are available in the FU president's office, but have not been published. This is misconduct on the part of FU President Ziegler. I was, however, able to see the reports at the Berlin State Office for the Preservation of Monuments.

Already after the subsequent small-scale excavations, the FU archaeologists classified the part of the former KWIA garden that has not yet been built on (more than 4,000 square metres) "overall as a suspected archaeological site" and concluded: "One will probably have to assume that bone pits of the type identified in 2014 and 2015 could be found anywhere in the vicinity of the KWIA. (...) A thorough archaeological investigation of the entire site east of Ihnestraße 22 (now the Otto Suhr Institute) is also recommendable."

Furthermore, the unpublished final report by the internationally respected Professor of Near Eastern Archaeology Susan Pollock states: "Upon completion of this excavation, it is likely that there were at least three pits filled with human bones on the KWIA site." Since one pit "extends deep below the surface of the site, there is a distinct possibility that other pits containing human bones exist in the immediate vicinity, or that others were destroyed during the construction of the university library."

As a "further course of action", Pollock made the following suggestion in 2015, which has been stubbornly ignored by the presidium of Free University to this day: "The entire unbuilt area of the former KWIA property should be investigated in a longer-term project." She suggested using archaeological means to explore "what the Kaiser Wilhelm Institute for Anthropology, Eugenics and Human Heredity left behind in the way of material evidence of its racist-eugenic research". She wrote: "It behoves a scientific institution like the Free University (...) to open up the underground archive of objects to the public."

One would think that this insight, based on solid archaeological expertise, would necessarily lead to the continuation of the excavations on the site of the former Kaiser Wilhelm Institute. But FU President Günter M. Ziegler is preventing that from happening. Instead, he is promoting diffuse commemorative activities aimed at making people forget what else may be hidden in the subsoil of the garden of this former Nazi institute.

A mathematician who doesn't want to do the math

In the online presentation of 23 February 2021, Ziegler offered a poor excuse. When asked whether digging should continue, he replied that the institute's collections had been moved to Hesse in 1943 and therefore "further research would not yield any great insights". The first half of the sentence is true, the second is absurd: Mengele did not deliver the remains until 1944. Precisely because the majority of the anatomical collections had already been moved out, all the evidence so far points in the direction of Auschwitz. Professor Ziegler is a mathematician. Does he understand nothing at all about empirical logic? Is the chronological order of the dates 1943 and 1944 completely foreign to him?

Further excavations are called for. Since the leadership of the Free University has been stonewalling for years, sweeping aside the results and recommendations of its archaeologists with ludicrous arguments, first preventing clarification and then unrestrainedly playing for time, it is now up to politicians. First of all, the unpublished excavation reports must be made accessible online - and in English. Next, systematic excavations must be carried out over the entire area of the "historically contaminated site".

Politically, this is the responsibility of Michael Müller (SPD), both Berlin's mayor and science minister, and Klaus Lederer (Linke), the state's culture minister. The latter is responsible for the State Monuments Office, which can initiate further archaeological measures on its own initiative.