Breezy: Berlin is a bitch that will punch you in the face

Expat rap artist Breezy's debut album is an homage to her adopted home - Berlin - and the Black, non-binary and queer women of her community.

Berlin - A meal can say so much about a person or a city. Breezy knows that. In her short track "Chicken Gemüse Kebap", the 33-year-old expat Berliner has created an ode to the city's kebab stands. A chorus of different voices repeat the words "Dönerbox", "Knoblauchsauce" and "Chicken Gemüse Kebab" to a minimalist backdrop of bass drums and high-hats. The song brings you right back to those long nights that always seem to end up at the kebab shop - and the diversity of people you end up meeting there. 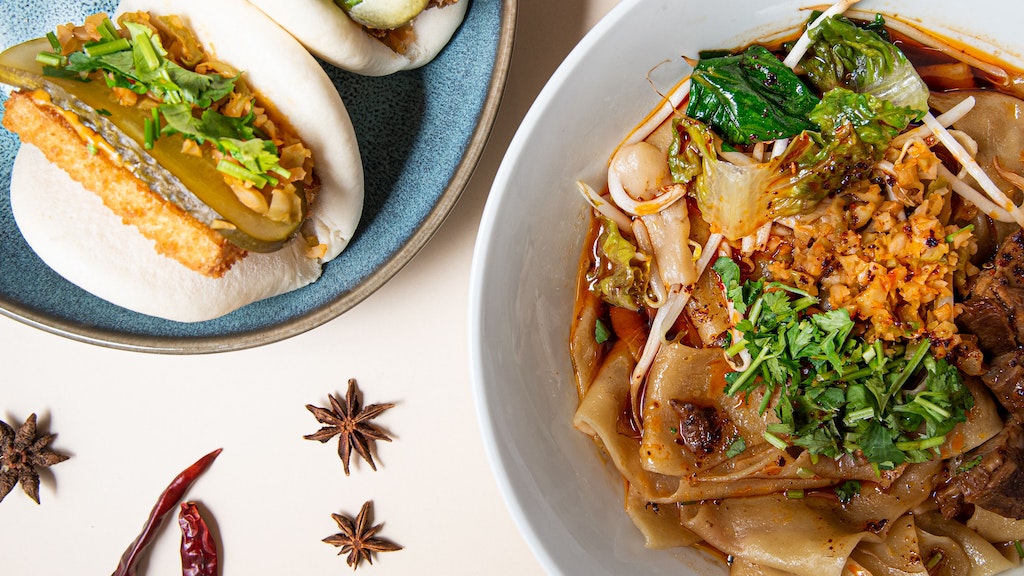 Breezy aka Hanna Bratton used to live on the US West Coast, where she was inspired by rappers and musicians like Kendrick Lamar and Frank Ocean. She studied music production and writing at the University of Redlands. When a friend told her about her awesome semester abroad in Berlin, she wanted in. Bratton enrolled in dBs Music Berlin, earned a diploma in music production and sound engineering in 2016, all the while honing her rap skills in clubs. A year later it was back to America - but not for long.

"I never really found my place in the United States. I've always felt like an outcast," Breezy says in our interview. "The art and music scene in Berlin is full of outcasts, so it was easier to connect and feel part of this city. Plus, the cost of living in Berlin is so much lower than any major city in the US. I couldn't afford to live anywhere else with a big music scene."

In 2018, she moved back to Berlin, this time to stay. She produced her first EPs, played small concerts, and was featured on rap blogs. The city gave her the feeling that anything was possible. But despite the positive vibes she got from the city, her breakthrough took more time. When two black trans women were killed in the US in 2020 and more Black Lives Matter protests followed, she made a decision: "I realised that it was in my power to give something back to the Black, non-binary and queer women living in my community in Berlin." She applied for a music grant and began working on her debut album, Schwarzfahren (riding public transport without a ticket).

The album has 12 tracks and queer Berlin musicians such as Nasheeka, Ys4jd, Natalie Greffel and Okcandice accompany the Wahlberlinerin. Berlin is the focus of many songs like "Chicken Gemüse Kebab" and "The Berlin Poem"  ("Berlin is a bitch that'll punch you in the face") while others follow Breezy's own emigration story. In the dark, funky rap "Get Out", reminiscent of Mykki Banco, she spells out how poor education, racism and inequality led her to leave the US.

In "#sayhername", which borrows heavily from Destiny's Child's hit "Say My Name", Breezy commemorates black women who have been killed by the police. The track's name is a nod to activist Kimberlé Crenshaw, who started the hashtag at the time. Throughout Schwarzfahren, Breezy sings or raps about people in the queer and black community on their journey through Berlin. On the one hand, they're "super grateful" for great friends, for support, as Breezy sings in the eponymous track. On the other hand, they still too often have to face prejudice and racism.

Without big name producers or a major label, Breezy has beautifully stitched together these layers. Clearly, her DIY sound is inspired by West Coast hip hop and the R&B of the 1990s - the time of her childhood. She also incorporates noises and sounds from present-day Berlin: an ambulance screaming through Kotti or the woman at the kebab stand. Sometimes her voice sounds like the great singer Lauryn Hill. Breezy and her co-musicians switch between German and English, and so do their accents. The all-round result is an engaging portrait of a community, a city, and the time we live in.

Breezy: Schwarzfahren (Breezy/Distrokid) has been out since 2 July. She performs live on 27 August at the Berlin Pop Culture Festival.