Bring on the silly season

In the old days we had the Sommerloch and there'd be hardly any political news. But Twitter doesn’t take a summer break, unfortunately. 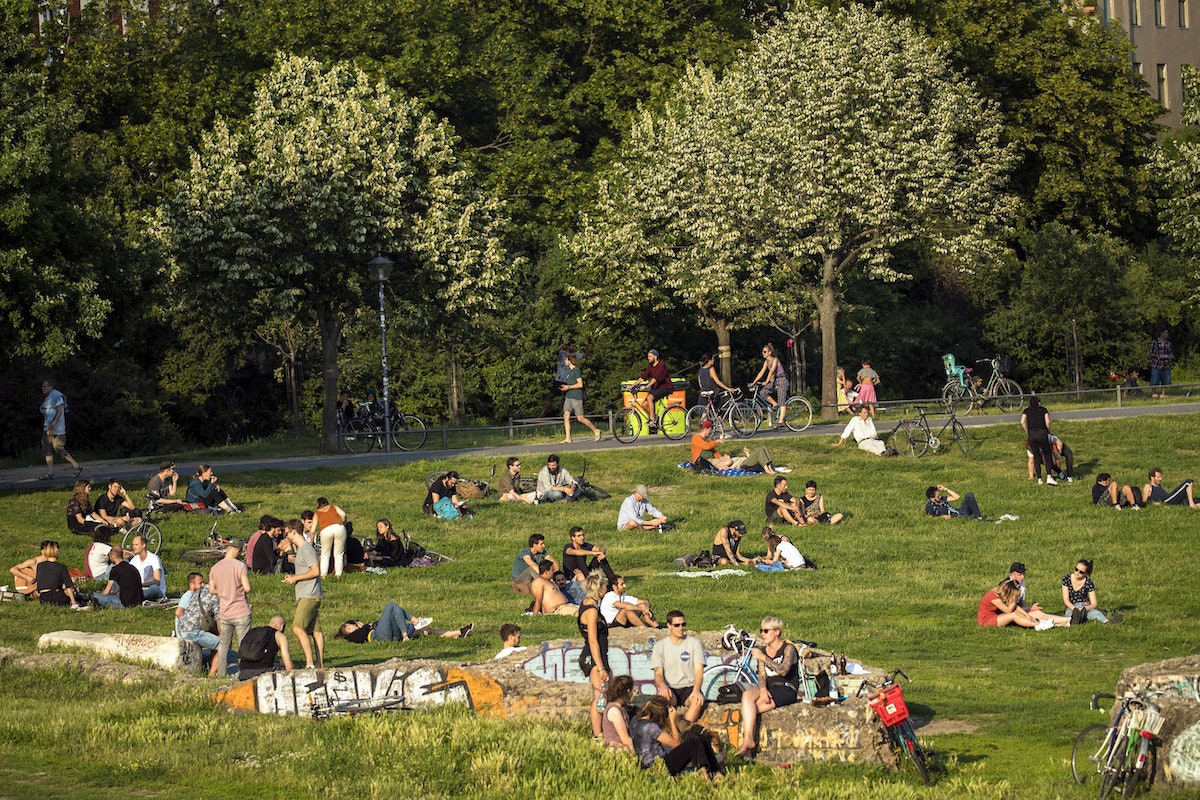 Berlin-The other day I was sitting in that dusty crater in Görlitzer Park with a friend. We were drinking cold bottles of Augustiner. Watching a dog catch a Frisbee. A middle-aged man played outdated techno on a PA. A police van rolled by at a snail’s pace while kids watched on. Life felt good. Not a mask in sight. No sign of corona or conflict of any kind.

As infection rates drop to rock-bottom levels and vaccinations rates inch up day by day, I’ll be honest: I just want to zone out and forget for a while about the pandemic and all the related politics, charged debates and social media mudslinging. The crude on- and offline tribalism. Us versus them. Querdenker versus upstanding citizens. Nazis versus anti-fascists.

A few years ago, the AfD held a rally right in front of the Brandenburg Gate. I was pretty incensed at the idea that a far-right party which had neo-Nazis in its ranks was being allowed to use such a potent symbol as a backdrop. I wasn’t reporting on the event, but I wanted to go as an “observer” and not get too sucked into it.

The police had erected a temporary fence around a large area in front of the Brandenburg Gate. Within the fenced off zone, a few hundred AfD people were ambling around, some waving German flags. Hundreds, if not thousands of demonstrators were pressed up against the fence on all sides to express their understandable disgust.

I was pressed up against that fence too. All around me, left-wing, tolerant people – united in their opposition to  the AfD’s politics of hate – began chanting “Ganz Berlin hasst die AfD!” (“All of Berlin hates the AfD!”). Over and over again. I found myself mouthing those syllables and began chanting the slogan myself. My blood began to boil and a wave of anger surged through my body as I ejected the words from my contorted mouth like so many missiles.

The chorus of protesters drowned out whatever the speaker on the AfD stage was saying – at least from my standpoint. A group of AfD men walked towards the fence. They grinned and waved at us the way they would after dropping their kids off at school. That was the moment I felt dirty. They were loving my anger, feeding off of it. This was polarisation in real time. Screaming and pressed up against the fence, I felt like a caged animal. Helpless and sordid.

I bring up that memory because that sense of enraged helplessness is all too easy to fall into these days as we’re lured by social media into the outrage du jour. During the pandemic, anti-vaxxers, Querdenker, Reichsbürger were on everyone’s list of favourite enemies. Everyday there was something new to be pissed off about – coming from their corner. The other side – with its lecturing tone and virtue-signaling (vaccination selfies) – was pretty annoying too. It’s just exhausting to be in the midst of that sort of fraught debate for too long.

I just want out for a few weeks. In the old days, in the media, we had the “silly season” or Sommerloch, where politicians would go on vacation and stop feeding stories to journalists for a month. But Twitter doesn’t take a summer break, unfortunately, so there’s always some pol tweeting from the poolside in the hopes of generating some fabricated scandal to get our knickers in a twist.

So let’s head to the park or beer garden and ingest mood-altering substances while the sun strikes our faces, freeing ourselves temporarily from all the stress and conflict in society. At least while the sun shines hot, that is. September is election season. The Merkel era comes to an end. There’s going to plenty to fight about, so save your energy.