Berlin - A host on a public radio station in Bavaria has provoked online outrage from fans of the South Korean boyband BTS over scathing comments comparing them to the coronavirus. Members of the group's dedicated fanbase, who refer to themselves as the band's "ARMY", say the outburst perpetuated racist anti-Asian tropes during the ongoing pandemic.

Speaking on his Bayern 3 show "Matuschke - der etwas andere Abend" on Wednesday evening, host Matthias Matuschik discussed the band's appearance on MTV Unplugged, and was particularly incensed by their cover of the song Fix You by British four-piece Coldplay. He described the group as being like "some crappy virus that hopefully there will be a vaccine for soon".

He continued: "BTS actually have an MTV Unplugged now - a boyband, on Unplugged! That alone is paradoxical. And then these little assholes brag about the fact that they covered Fix You by Coldplay. This is blasphemy... you'll be taking holidays in North Korea for the next 20 years for that."

Matuschik seemingly sought to defend himself before launching into his rant, saying: "You can't accuse me of xenophobia - I have a car from South Korea. I have the coolest car ever... Korea rules! Well, South Korea."

a german radio host was talking immensely badly about BTS, comparing them to COVID and mentioning blasphemy and north korea, this can’t be tolerated!
pls email bighit about this as well!
(video by @fairiesvmns)#RassismusBeiBayern3#Bayern3Racist pic.twitter.com/MjZ2kXLyiu

His comments nonetheless hit a nerve with fans of the band, who took to social media in droves - hashtags like #RacismBayern3 and #Bayern3Apologize are currently trending on Twitter, accumulating more than 1 million tweets between them. Many of those criticising Matuschik's remarks said they were particularly offensive in light of the ongoing pandemic, during which Asian people and businesses have faced racist attacks and discrimination.

The viral reaction began after Twitter user and BTS fan @fairiesvmns shared a video of the offending segment of Matuschik's show shortly after it was broadcast on Wednesday night. Accompanying the clip she tweeted: "I know which radio station I won't be listening to from now on! Bye, @bayern3 - have a look at who you're letting host on your station! I really don't need there to be any more of this kind of racism in 2021."

She subsequently wrote: "The only thing I can think about is how we just wouldn't have known a thing if I wasn't randomly listening to the radio? The fact that he would be able to just continue with his show (which he will anyway because German media is a giant shit show when it comes to stuff like this)."

Criticism of Matuschik was not just limited to the band's fanbase. "This isn't just about the band," journalist Nhi Le tweeted. "The problem is racism: the devaluation of Asian people (BTS in this case) by calling them a virus against which vaccines should be developed. Especially during the pandemic, when so many Asians are experiencing this racism." 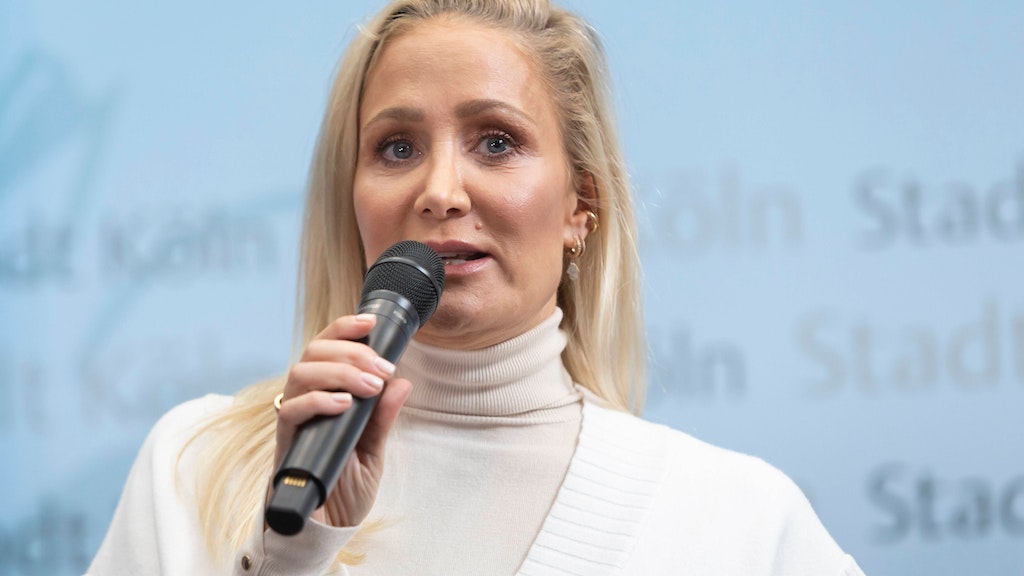 Matuschik and Bayern 3, a subsidiary of the publicly owned Bayerischer Rundfunk, have both released statements in the wake of the backlash. In his personal statement, Matuschik said: "I am very upset about the reactions my comments in my live show have caused... I am very sorry and I would like to unreservedly apologise".

He admitted he had been annoyed by the band's Coldplay cover - of a song "which I hold in high esteem", he said - but that "the nationality of the seven boys should not matter - mentioning it and making the connection with a virus was completely out of line."

"I have given this a lot of thought over the past few hours and understand and accept my words racially offended many of you, especially the Asian community," he continued. "People who have known me for a while know that in addition to my work as a radio DJ and cabaret artist, I have also been very active against rightwing activities and for those seeking protection since the influx of refugees in 2015."

"It makes me all the sadder that I have hurt others with an ill-considered statement (that was intended to be funny) and put myself in a false light. I have made a big mistake from which I will learn."

Bayern 3 formally apologised for the incident, calling Matuschik's comments unacceptable: "Both he himself and we at Bayern 3 know that it is not enough to simply intend a different meaning. If statements are perceived by many people as insulting or racist, then they were."

However, the broadcaster defended Matuschik's intent behind the segment: "It is the hallmark of this show and also of the presenter to express his opinion clearly, openly and unvarnished," they wrote. "But in this case, he overshot the mark in his choice of words."

"This is his personal opinion, regardless of the origin and cultural background of the band. You don't have to share this taste as well as the quite coarse way of expression."

Not everyone who has sprung to BTS' defence seemed satisfied with that justification however, with many posts in support of them now using the phrase: "Racism is not an opinion."

Looking down on and mocking people and their origin are racist. Expressing that these are only one's opinions and passing accountability to people who took offense come from a racist mentality.

RACISM IS NOT AN OPINION#Bayern3Racist#Bayern3Apologize#RassismusbeiBayern3

Bayern 3's statement concluded that the station would work with Matuschik and his team to review the situation in full - but also called for the online debate to remain "on a substantive level" as the DJ and his family "are receiving serious threats".

This is not the first time a German public broadcaster has faced criticism for tone-deaf segments on social issues relating to race and equality. WDR was widely criticised earlier this month for a TV debate in which an all-white panel spoke dismissively about the renaming of the condiment Zigeunersöße, with actress Janine Kunze suggesting the Sinti and Roma community's opposition to the term was down to "probably two or three people sitting there [with] nothing better to do and then they get going with such nonsense".

BTS have not spoken out on the incident - but fans have speculated that a statement of solidarity with the Asian community and against racism and xenophobia that was tweeted on Friday by Columbia Records, one of the labels the group is signed to, is an indirect reference to Matuschik's remarks.