“Anyone that hasn't yet heard the bell toll will face consequences,” says BVG exec Rolf Erfurt. Research shows that wearing a mask reduces the risk of corona infection.

Berlin - The city's public transit authority has vowed to crack down on riders who still refuse to comply with mask rules on Berlin’s public transport (BVG). The autority will soon take tougher action, Rolf Erfurt, BVG management board member, said in an interview with Berliner Zeitung.

"We will soon intensify our efforts to enforce the mask requirement," he said. "The threshold for intervening and issuing fines will be lower in the future than it is today. This applies, for example, to passengers who we repeatedly encounter without masks. Anyone who hasn’t heard the bell toll will face consequences."

The rules are clear: All passengers have been required to cover their mouth and nose while on Berlin’s public transport Since 27 April. And, on 7 July, BVG gave its security personnel the authority to slap a €50 penalty on people ignoring the rule – the first transport authority to do so in Germany.

Around 250 BVG security staff and employees of subcontractor Wisag are authorised to issue the fines. “They pushed for it,” says Erfurt. “They wanted to have an instrument to deal with mask slackers.” 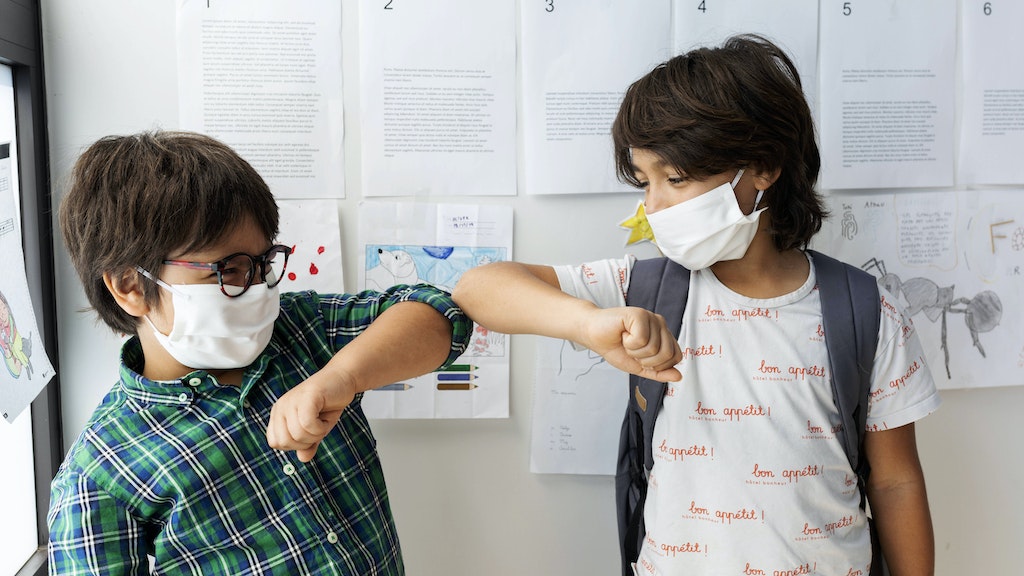 Berlin schools Schools get 300,000 masks for first day of school

“The current figures show that the introduction of the fine has had a positive effect on the discipline of BVG passengers,” reported the BVG manager. “According to statistics, 98 to 99 per cent of our passengers comply with the rule during rush hour. Calculated over all hours of the day and night, the rate is around 90 per cent, on average. At night, however, it's sometimes significantly lower.”

Despite the partly positive results, security personnel repeatedly encounter passengers who are travelling without covering up. At the weekend, the BVG announced that so far about 45,000 passengers who were not wearing masks had been approached. "Around 1,600 masks were distributed free of charge,” the company announced.

However, mask slackers weren’t always understanding - resulting in about 450 warnings, which in most cases meant asking the passenger to exit at the next station. Only about 270 €50 fines have been issued.

“We'll remain vigilant and we'll not relax our efforts. The protection of our employees and passengers remains our priority," Erfurt said, pledging to step-up the pace of action against mask-less passengers. "The mask requirement will probably continue for many months to come," he said.

Only 12 BVG workers have been infected by the coronavirus

BVG spokeswoman Petra Nelken referred to current research at Berlin’s Technical University that showed that wearing masks significantly reduces infections in public transport. "If 90 per cent of passengers wear cloth masks, the proportion is reduced by about 70 per cent, according to the model," Nelken said.

Sticking to the mask rule contributes to keeping city transport "clean", said Erfurt. Buses and train weren’t a hotspot of corona infections – even if many people were anxious about it. This is confirmed by the low number of Covid-19 cases among BVG staff.

"So far, 12 BVG employees have fallen ill with the coronavirus," said Erfurt. "Considering the company employs 15,000 people, this is a very low figure. Based on the information we’ve received, it appears that not a single employee has contracted the virus while working at BVG. In all cases, the infection was proven to have occurred in the private sphere."

Bus drivers are protected by plastic sheeting that separates them from passengers, who can only enter by middle and rear doors – the BVG recently started to replace the plastic with panels of safety glass. Some 103 vehicles have already been equipped. Drivers will sit behind the "spit shields", as the barriers are being called within the company.

"Drivers have responded favourably to tests. As announced, we will now equip all buses that will remain in service for a longer period with the panels. We expect to invest around €3mln,” Erfurt said.

"If the current tender is successful, we should be able to retrofit all buses by the end of September or the beginning of October" - much earlier than recently announced.

The glass panels allow the front entrances of buses, which have been closed since March, to be opened again. "This is advisable on some lines because people throng the remaining door when getting in and out," said Erfurt.

Berliners are using public transport much less than before the beginning of the pandemic. Compared to before, the number of passengers has levelled off at 70 per cent.

“The numbers will continue to rise as soon as all pupils are back at school full-time and more people stop working from home and start heading into the office again. But as long as trade fairs continue to be cancelled, cultural offerings remain rare and restrictions apply to restaurants and bars, we will continue to lack passengers,” said Erfurt.

“At present, we assume that the BVG will not see the levels from before until 2022."