A German draft law that would end the slaughter of millions of male chicks has been hailed as a world first. Others say it just shifts responsibility elsewhere.

Berlin - Around 40 million male chicks from breeds of chickens reared for laying eggs are killed in German hatcheries every year because the food industry has no use for them. On Wednesday, the German government approved a draft law that would seek to abolish the practice.

Agriculture minister Julia Klöckner (CDU) introduced the draft for a tightening of the Animal Protection Act, which would ban the killing of male chicks in Germany from 2022. Hatcheries will be obliged to determine the sex of the chick before it hatches.

In Germany, male chicks are usually gassed or shredded on the first day after hatching, and then sold as animal feed. But from next year, hatcheries are to determine the sex between the ninth and fourteenth day of an egg's incubation, and sort out those with male embryos. From 2024, the rules are to be tightened again, with the sex determination process to take place even earlier - at a point when the chicks cannot feel pain.

The law - if passed by the Bundestag - would be the first of its kind in the world. However, it is not yet clear how hatcheries will comply with the first and second deadlines. There are concerns about whether farms have the technical capacity to carry out the new practice, and some key figures from the industry aren't fully convinced by the law.

"We welcome this law," Friedrich-Otto Ripke, president of the Central Association of the German Poultry Industry, told the Berliner Zeitung on Tuesday. "However, we still have to criticise its details." His association believes it will be possible to determine the sex of the embryo in about 15 million eggs at best by next year. This is due to the complex and expensive procedures involved - the eggs are either illuminated with a spectroscopic beam of light, or a tiny drop of liquid is taken from them for analysis. 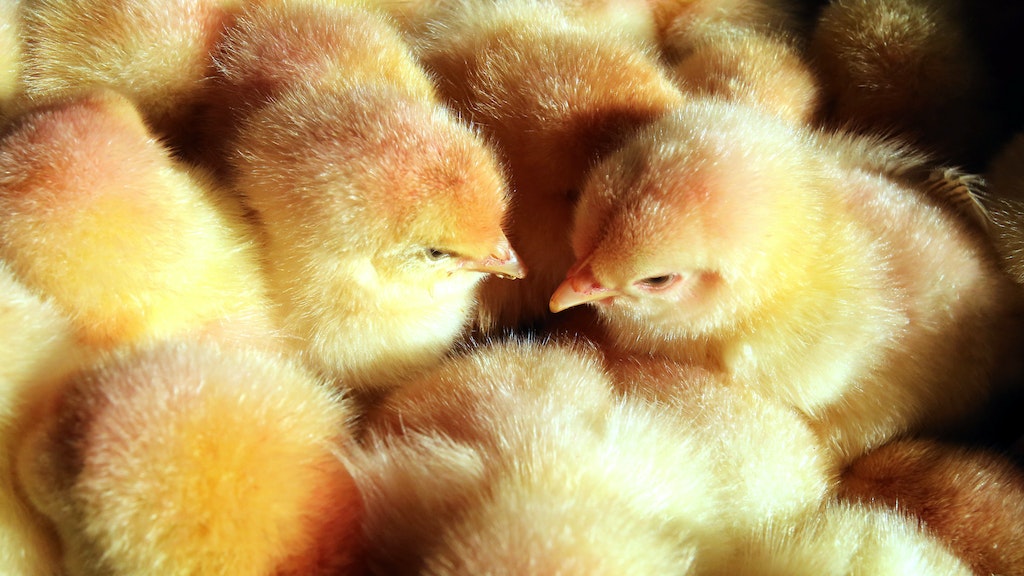 The problem with both techniques is that such analysis is only possible after the seventh day of incubation. The embryo is then already so far developed that, according to current scientific knowledge, it can already feel pain. Ethically, therefore, farmers are left in a dilemma, and in conflict with a basic principle of animal welfare law: no suffering is to be inflicted on animals if it can be avoided.

Whilst Klöckner has proclaimed that the legislation would make Germany the first country in the world to ban chick culling, Ripke says the law deploys an avoidance strategy which will only export the issue elsewhere. He says the roughly 20 million male chicks that will continue to be hatched in German hatcheries in the future are likely to be sold in large part to neighbouring countries.

In Germany, he says, there are no adequate facilities for rearing the male chicks, which don't produce good quality meat. In neighbouring European countries, however, animal welfare standards are sometimes significantly lower - so the chicks could end up meeting a more grisly end than the gassing practiced today.

"We have to adapt farming to the animals"

Renate Künast, the Greens' animal welfare policy spokeswoman and former agriculture minister, also takes a critical view of the bill - although her perspective differs from Ripke's. "With this law, Minister Klöckner is going a long way towards accommodating farmers," Künast told the Berliner Zeitung on Tuesday.

She added that the draft law serves the interests of industrial farming and relies solely on a technical solution to an ethical problem. "We have to adapt farming to the animals, not the other way around," Künast explained. She said she hadn't seen any initiatives from the ministry to promote, for example, the breeding of so-called dual-purpose chickens, which provide both meat and eggs.

The East German car was registered more often in the past 10 years than Elon Musk's high-end electric automobiles.

Stores can offer customers appointments to shop beginning Tuesday. How appointments can be reserved is up to the shops themselves.

Affordable housing in German cities is increasingly hard to find. What went wrong and can it be fixed? This week's Common Ground podcast.