Cleaner air in Berlin - thanks to Poland

A government report points to a drop in urban air pollution - mainly thanks to our eastern neighbours. Corona has had virtually no impact. 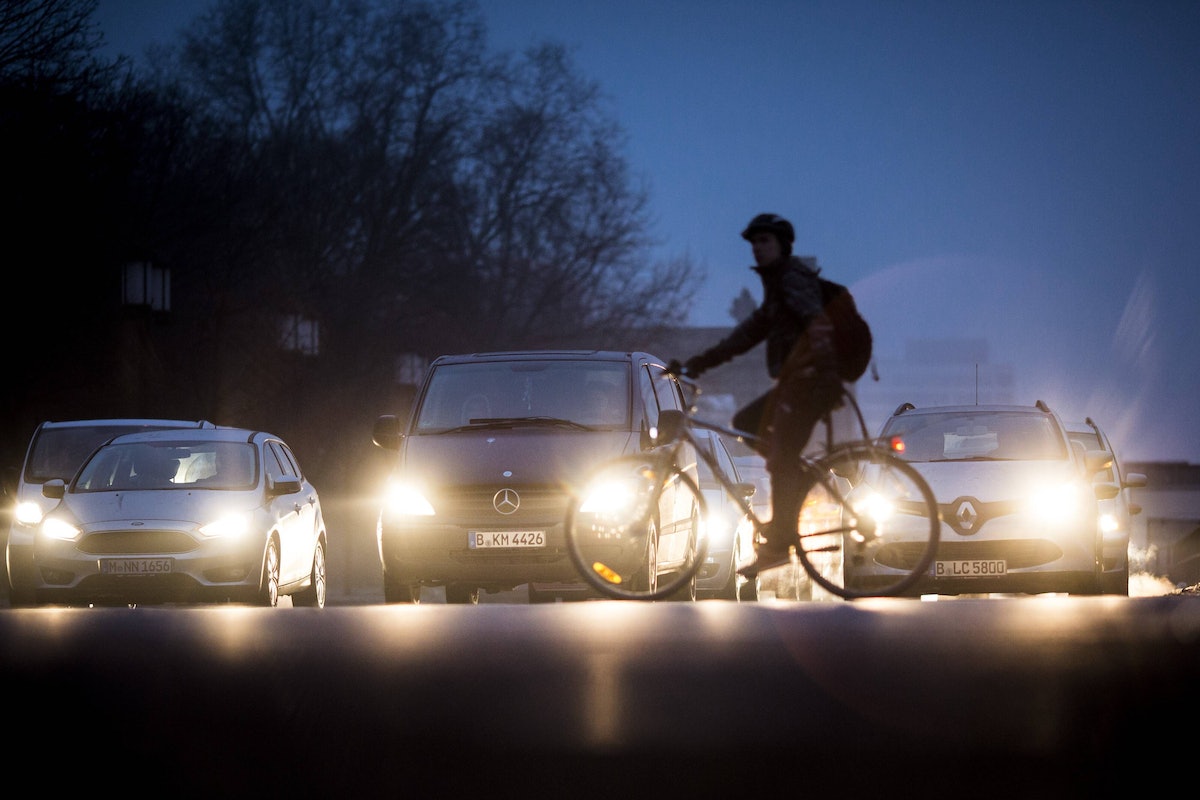 Berlin-Last year wasn't all bad, apparently. Berlin's air quality improved. An annual report by the Federal Environment Agency shows that particulate matter pollution has again dropped significantly in the German capital. Nitrogen oxide levels are also sinking. But because motor vehicle traffic has risen again since the lockdown last spring, the impact of the corona crisis is less than expected. Instead, other factors are largely responsible for Berliners being able to breathe easier, the city administration, the Senat, said.

Particulate matter - tiny dust particles with a diameter of less than 10 millionths of a metre - pose a danger to human health. People who are exposed to particles from furnaces, engines, roads and agriculture have a higher risk of contracting heart, circulatory and respiratory diseases. But exposure is decreasing "all over Germany," said Jan Thomsen, spokesperson for Berlin's state environment minister Regine Günther (Grüne).

Some data from Berlin: The Silbersteinstraße monitoring station in Neukölln, for example, recorded levels above the threshold of 50 micrograms per cubic metre of air on only eight days last year. In 2019, this was the case on 11 days. The year before, it was 27 days. On Frankfurter Allee in Friedrichshain, another hotspot, the threshold was exceeded on six days last year. In 2018, this happened on 14 days, and on 24 days the year before. In Buch, Friedrichshagen and Wedding, the 50 microgram limit was only exceeded once last year. According to EU regulations, the 50 microgram threshold cannot be exceeded on more than 35 days per year.

The news reflects a trend that has been observed for years. The closure of heavy industry after the fall of communism led to huge job losses, but Berlin's air quality benefitted massively. Between 1989 and 2015, particulate pollution fell by 86 per cent. The designation of the inner city within the S-Bahn ring as an "environmental zone" in 2008 and the ban of high-emission vehicles has also yielded positive results.

Today, only a third of Berlin's airbourne particulate matter originates in Berlin, and engines hardly contribute to it at all. Tyre abrasion is now the bigger problem. Since motor vehicle traffic hardly decreased in Berlin last year despite corona, the pandemic has "not significantly" contributed to the decline in particulate matter pollution, Thomsen said.

There's another, trans-regional reason for the drop in 2020: less polluted air is blowing into the city from the east and southeast because large power plants in Poland have installed effective emissions scrubbing systems. At the same time, coal-fired stoves are being replaced by low-pollution heaters in Poland. The fact that Berliners have to breathe in less particulate matter is largely thanks to the "efforts over there", according to officials.

Warmer weather has also had a positive effect. "Higher temperatures lead to lower demand for heating," says Thomsen. High-pressure inversion systems, where pollutants concentrate as if under a giant lid, were also rare in 2020.

Berlin has a new problem, though: "Wood combustion in stoves, which are operated in addition to normal heating, now has a measurable influence on particulate pollution on cold winter days." On days when the threshold is exceeded, up to 21 per cent of particulate matter can be attributed to this source alone. Regulations stipulate that old stoves must be thrown out and replaced by modern units with the Blue Angel environmental seal.

Experts say rules on particulate matter could soon be tightened after years of no change. Scientists believe that the current thresholds are no longer sufficient. Under discussion is whether permissible limits should be lowered - and whether emissions must drop by a certain percentage every year. This could affect Berliners who own cars or a wood-burning stove.

"Since tyre abrasion also occurs with electric cars, the general aim must be to reduce the number of cars in Berlin," Thomsen said.

The Senat also has nitrogen oxides in its sights. The harmful gases are mostly emitted from combustion engines. When the lockdown emptied the streets in spring 2020, emissions dropped "by about 15 to 20 per cent", according to Jan Thomsen. But the effect was temporary. Since June, the volume of traffic has risen back up to pre-corona levels, meaning the lasting positive effect of the pandemic on this pollutant was also negligible.

The Senat estimates that nitrogen oxide levels have has only dropped by two millionths of a gramme per cubic metre of air - at the most. "That is just five per cent," officials said.

According to a new study, speed limits of 30 kph have proven to be effective in reducing nitrogen oxide pollution. The study found that levels have decreased significantly on Leipziger Straße, Hauptstraße, Tempelhofer Damm and Kantstraße, where such speed limits have been in place since 2018 - in some cases to such an extent that they hardly ever exceed the legal threshold.

It's likely that the speed limits will remain in place for the foreeable future because they also help reduce traffic noise and the number of accidents, the Senat said.

"However, the central challenge remains how to inspire Poland to phase out coal more quickly in favour of renewable energy." He said Berlin and Brandenburg should set a good example by shutting down their coal-fired power plants as soon as possible.

"Less cars means less noise and better air" and the lockdown in spring 2020 showed it, Heuser added. However, he said, the effects of corona could jeopardise the goal of making mobility climate-friendly. The high costs of the pandemic could limit the scope for sustainable investment, he warned. He said it was therefore all the more important to concentrate the spending of scarce funds on the expansion of walking, cycling and public transport. Road construction projects such as the Tangentialverbindung Ost, planned between Marzahn and Köpenick, should be dispensed with, Heuser demanded.