Berlin's new airport will debut on 31 October – but protesters say more air travel is the last thing the city needs during the climate crisis.

Berlin - It’s taken years of waiting – but on October 31, from around 2pm, planes should begin landing at Berlin Brandenburg Airport (BER for short). But environmental activists are not happy – and are planning protests.

"We're planning a civil disobedience action to block the opening of BER," Leňa Tučňák, spokeswoman for the Stay on the Ground (Am Boden bleiben) campaign, told the Berliner Zeitung. The opening day, the last Saturday in October, will also see a public demonstration at the capital’s new airport.

Last November, members of Stay on the Ground dressed as penguins and protested at Tegel airport against the damage air travel does to the climate.

The group has now uploaded a video showing a penguin in a deck chair in front of the new BER. A sign says the new airport is a "museum of fossil-fuel capitalism". It says BER is an acronym for blockieren, einstellen, recyceln – block, abandon, recycle.

"We will resolutely block the opening," the announcement says.

The long construction period and investments in the airport, officially estimated at €6bln, are an embarrassment, Tučňák said: "But the real scandal is that a new airport is opening in spite of the climate crisis."

If the man-made rise in global temperatures is really to be limited to 1.5 degrees Celsius, she said, air traffic must decrease. It would also be necessary to stop domestic flights, end the subsidisation of air travel and strengthen alternatives such as rail transport.

"No more money should be invested in fossil infrastructure," she said. "We will block this madness with civil disobedience." She did not rule out protests at BER on 30 October and 1 November.

Re-purposing the airport is one of the demands of an officially registered demonsstration that calls itsel the registered demonstration "#Abgehoben?!" (Take-off?!). The protest is scheduled on opening day at Willy-Brandt-Platz, just in front of the main terminal.

Demonstrators will meet at 10am at the train station for the adjacent Schönefeld airport and proceed to BER. Twelve organisations are supporting the call to action, including Fridays for Future, Extinction Rebellion, Young Friends of the Earth Germany and the youth wing of Bündnis 90/Die Grüne political party. 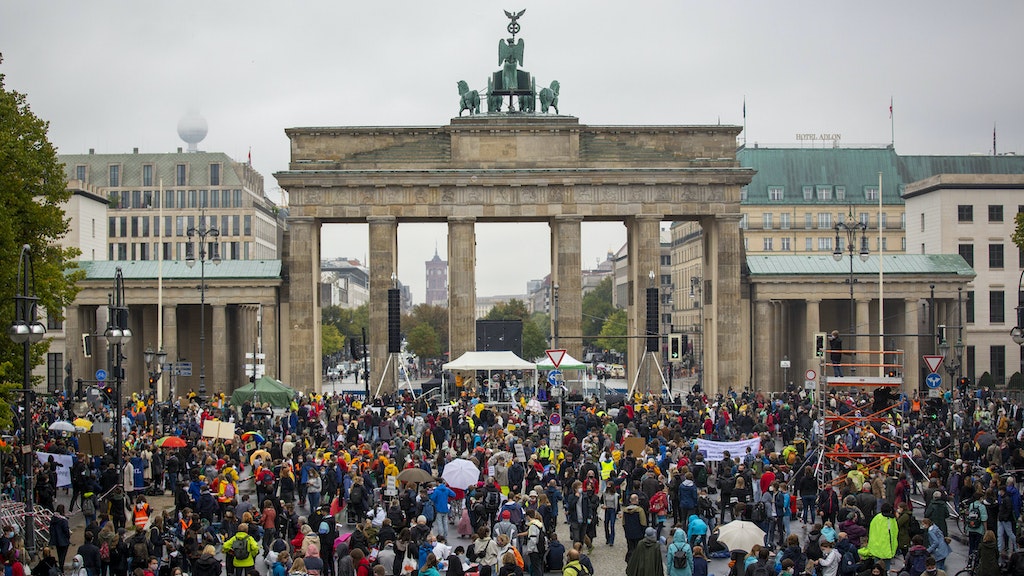 Despite the climate crisis, "a fossil-fuel megaproject is going online, while the expansion of climate-friendly rail and bicycle infrastructure is consistently being ignored and blocked. We must stop this development!" organisers said. "Instead of restarting air travel after corona, we need an about-turn."

This article was adapted from the original German by Elizabeth Rushton.