Interview : Clubbing in Berlin will have to wait for a vaccine

The city’s culture minister says he’s doing all he can to give the city’s nightlife a chance of survival.

BerlinBerlin’s clubs have been closed since March and nightlife is virtually the only sector that has no hope whatsoever of reopening soon. Culture Minister Klaus Lederer (Linke) talks about the limits of state subsidies and strategies for the industry's survival.

Berliner Zeitung: Herr Lederer, can you imagine a Berlin without clubs?

Because these spaces of freedom have always been what defined this city. Empty spaces where something new could arise. That’s still the case today. Thankfully, that’s what makes Berlin different from other European metropolises, where a lot of people can’t find any space in the inner city anymore. Thanks to the various centres and all the special neighbourhoods, Berlin isn’t a homogenous metropolis – which is what makes it so appealing.

It's nice that you’re not just talking about the amount of money clubs bring in for Berlin. Safe spaces, empty spaces – what do these spaces really mean for the city?

For one, they are spaces for cultural experimentation. Musical innovation takes place in the clubs. They are curated venues – not discotheques. Clubs often grow out of the needs of people who don’t fit in with societal norms. Spaces where they feel safe dancing and connecting with each other. Proper safe havens. If I think about Schwuz or About Blank, these are places that make our city liveable, that make it special. As the culture minister, I don’t see clubs primarily in terms of their economic value. Even if that isn’t totally irrelevant in a city like Berlin that has lost a lot of industry since 1989/90.

Now the scene is threatened as never before. Nightlife is the only sector that remains by and large shut down, with no hope of reopening any time soon. Clubs face high rents, running costs. How do you want to prevent a large number of clubs from closing forever in the coming months?

The fact that clubs aren’t opening isn’t only because they’re not allowed to open. It's also because the club owners don’t want to take the risk. Clubs with circles drawn on the dancefloor where people have to maintain 1.5m distance, that’s a bizarre idea. The way the virus spreads makes activities in poorly ventilated, indoor spaces extremely risky. We set up Soforthilfe zur Insolvenzsicherung für Kulturbetriebe (Emergency insolvency protection for cultural enterprises), which is also available to clubs, explicitly with the goal of covering the difference between fixed costs and the missing revenues – until the pandemic has been overcome. Even if we’re now providing this aid in three-month cycles, the goal is, in each round of aid, to identify and rectify the problems in previous iterations of this aid, in order to help more people.

How much money is there?

Berlin was one of the few German states to establish a programme targeting privately run cultural institutions. For the second round we’ve secured €30 million, but we don’t really know how high the overall need will be. We're learning as we go, in an area which the cultural administration never had to deal with.

In the first round of funding, only clubs and other cultural establishments with more than 10 employees could apply. For the next round from September to November, we’ve changed that, meaning we expect more applications. Some applied but, according to controllers, still had sufficient liquidity. Other didn’t even apply.

It’s August. Clubs have been closed for five months. And there’s still no prospect of them reopening.

Apparently I’m the only politician who has to answer how we’re going to make it through to the end of the crisis. The chancellor, [Health Minister] Mr Spahn, [Economy Minister] Mr Altmaier – nobody asks them. But Berlin’s culture minister has to explain how he will keep culture going until 2023. And he should guarantee that no one gets left behind. That's not possible.

We will manoeuvre ourselves through this crisis step-by-step. The state of Berlin does not have an ATM that spits out unlimited amounts of cash. Nevertheless, of the €525 million that the Berlin parliament set aside for emergency aid, €85 million has been secured for culture. I do not believe that any other state can boast this. But of course I don’t know if a second wave is coming in the autumn – or what will happen in 2021. Nobody can say that right now. 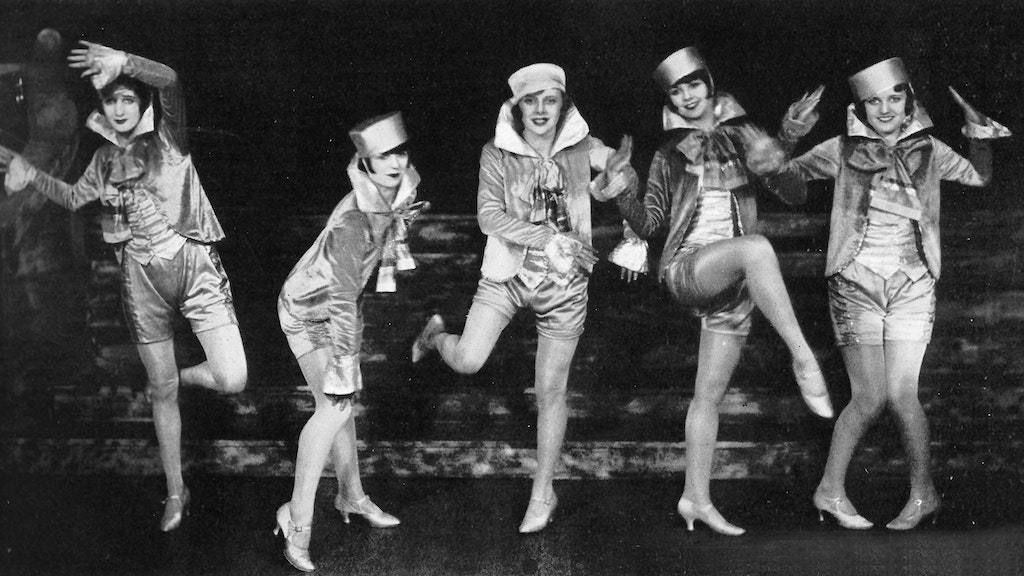 Dance maniaThe party's over and may begin anew

The CDU suggested that landlords should forgo half of club rents, while the state should pay the other half.

The state of Berlin has introduced a Bundesrat [federal parliament] initiative to regulate commercial rents. A majority was in favour of this. The federal government, which is largely supported by the CDU, has so far shied away. The question of how the real estate sector will contribute to the costs of this pandemic has not been addressed at the federal level so far. I am very much in favour of the real estate industry sharing more of the costs of the crisis. Federal legislation can be amended. I recommend a discussion with the CDU at the federal level to finally take up such reforms that have so far been rejected for ideological reasons. I can’t imagine separate negotiations with the landlords of 240 cultural institutions – above all because I consider this to be a highly unfair course of action.

What happens in all the cases where landlords aren’t willing to give up half of their income? Meaning the state of Berlin cannot cover the other half? Should these cultural institutions then die? If landlords are prepared to minimise or even forgo the rent completely, and thus the fixed costs of an establishment, I naturally support that. However, the number of landlords prepared to do so is negligible. I have heard of one such case.

Clubs like Gretchen and Yaam rent their spaces from the state. The CDU says at least they should be waived from paying rent. What's your position on that?

We can't simply say, even with the state-owned housing associations, that the clubs all receive rent waivers. By what right should other businesses not be allowed to take advantage of that kind of support? And what sums are we talking about then? The Senat  [Berlin government] is discussing the question of how municipal housing associations should deal with accumulated rental debts. It would be devastating to force the housing companies to cover the costs. They must be able to feel that they are to not left alone by the state.

Were alternative to the Soforthilfe aid discussed?

Of course, alternatives are conceivable. We could set up a fund to compensate for lost entrance fees. Then we are not talking about €30 million in costs for the state, but about €60, €80 or €100 million. We would have to select much more stringently. I’d only be able to support a third of the cultural enterprises that I am now helping.

Dimitri Hegemann, the owner of Tresor, recently told us that once the spaces are gone, the clubs are gone. Rents mean spaces. And with Berlin the way it is today, it’s not as if you could just recreate these spaces.

Unfortunately that’s right. What’s gone, probably will never return. Our aim is therefore to secure liquidity for as long as the clubs are unable to generate income. This also includes rental costs. It would be absurd to provide support from now until February and then say: Yes, but no more. Then we could have saved all the aid until then.

You just said you didn’t have a cash machine.

Therefore, you have to plan measures that you can sustain. We have set up emergency aid explicitly with the aim of ensuring that such spaces are not lost. That is not always unproblematic. We live in a world in which many people are wondering whether their enterprise will be around in three months' time. Not only clubs. The world is unfortunately like that.

The Senate asked the districts to make outdoor areas available to clubs. Not much has happened. Some districts totally oppose the idea. Has the idea fallen to the wayside, or did you also have fears about infection risks?

Permits for the use of green spaces are issued by the districts. I would like to see greater openness there. I'm not thinking of large concerts, because they are also problematic outside. We have been trying to identify open-air areas together with the Club Commission for three and a half years now and have encountered great difficulties. It's not just unwillingness, there are also real conflicts: conflicts of use, noise pollution, issues of overuse. We have been developing a support programme for open-air events since March. We’re providing the districts with €1.2m. We supported the Council of Arts with €2m for "Draußenstadt" projects. We are organising an open-air exhibition with the Berlinische Galerie. There are concerts and theatre that take place outside.

You said that large concerts are also problematic outdoors. For weeks, though, the Senat’s corona rules have permitted events of up to 1,000 people. From the end of August, up to 5,000. In other cities, outdoor concerts with audiences of up to 1,500 people have been taking place with social distancing. Why has that hardly been happening here at all?

The context in which something can take place is clearly defined in our rules. If organisers say they’re unable to manoeuvre within that framework, and aren’t planning events, then that’s how it is and I have to take note.

Will all the aid measures be enough, considering the scale of the crisis?  Haven’t we been witnessing the slow death of clubs and culture for some time now?

We are doing everything we can to save every enterprise. We want to improve the instruments even more so that we can give even more support. The question of what will happen in 2021 is not one I’m asking myself. Because if I start to think the whole thing through to the end, then I’d have nightmares every night. If I could fall asleep at all. I wouldn't be able to do what I do here every day.

Club owners, artists, DJs, agents and technicians aren’t getting any sleep either. When do you think it will be possible to party indoors again?

It will only be really safe once we have a vaccine or a medication.

Tax break for high earners in 2021

The Berlin police and courts are underfunded and understaffed

Years of savings have left its mark, says a senior prosecutor. While the city is making progress, it needs to do better.