Do the selfie dance!

Internationally acclaimed Berlin choreographer Constanza Macras on dance in the pandemic – and The Pose, her production staged in an empty Siemens factory. 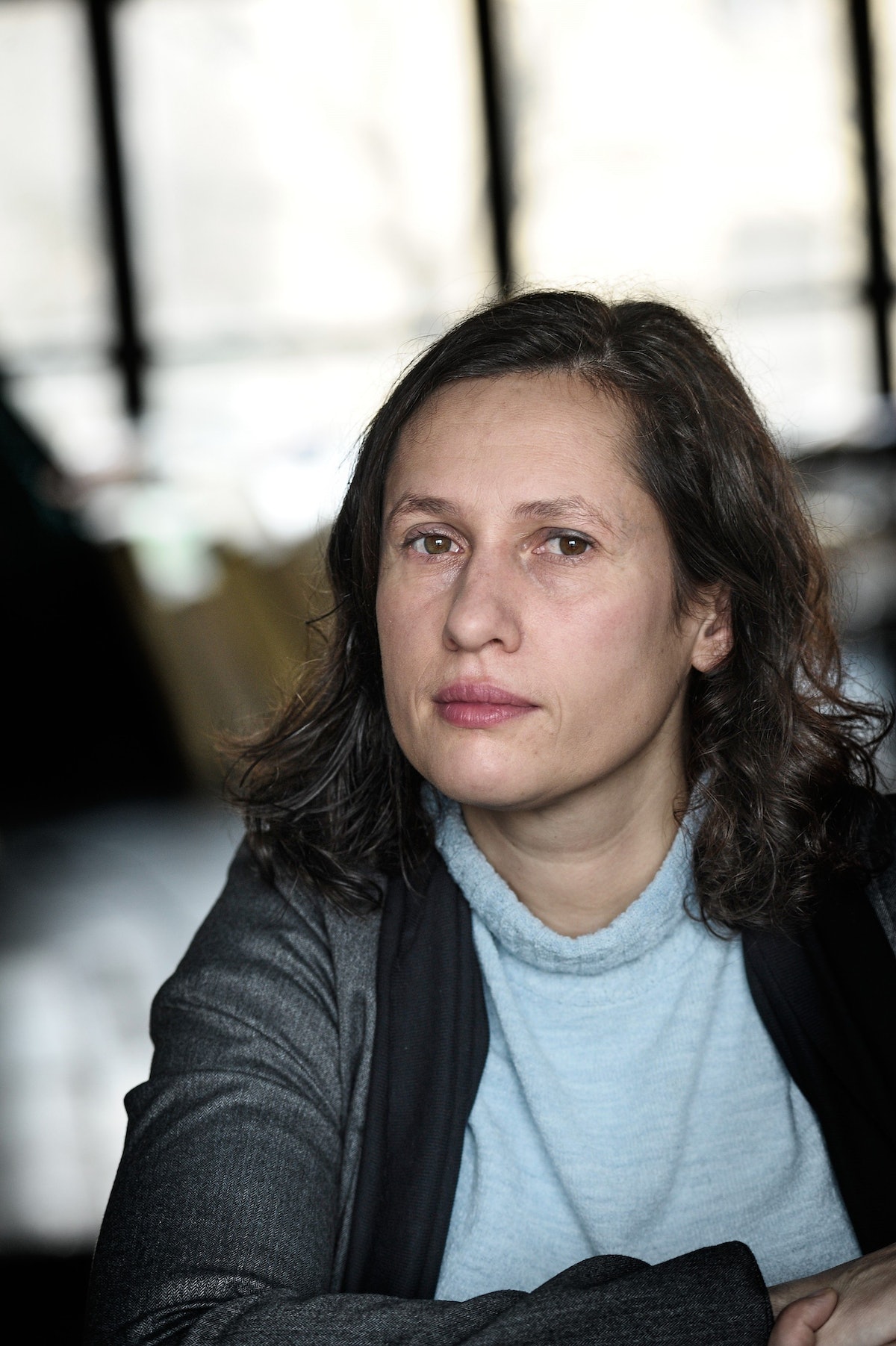 Argentine choreographer Constanza Macras is tackling our obsession with photos in her new show The Pose.Thomas Aurin

Berlin-Over the last two decades, choreographer Constanza Macras (originally from Argentina) and her company Dorky Park have put on some of the most energetic, inventive dance in Berlin – always political, always imbued with humour. Starting 22 August, The Pose, a dance-centred reflection on the deluge of photographic images in our lives, will be performed in an old factory in Spandau. We talked on Zoom during her summer break in Greece.

What have you been up to for the last year and a half?

I was very lucky. I had an opening at Volksbühne right before lockdown, in February 2020. We managed to have four shows with a piece called The West; it’s going to play again in October. Then we had these three horrible months of lockdown. We immediately started using Zoom. I was sick for three weeks. I think I had coronavirus because I couldn’t breathe. I couldn’t concentrate, I couldn’t finish a sentence. It was important to do these rehearsals to keep the dancers working because it was such a shock. People didn’t know how they were going to live. I wasn’t sleeping. I was talking to people all over the world in different time zones. Everybody was scared. In June 2020 we started working again. We had five shows in Düsseldorf in September, then it was back to lockdown. But we could actually work. I made two pieces in 2020, which is crazy.

You did Stages of Crisis online for HAU …

I fell off the train. I promised I would never do anything digital: I thought it was the worst offence to theatre. But I had to. I had a subsidy and had to do the Abrechnung before the end of the season. And if I don’t do shows I have to give the money back.

What was it like not having an audience in the same space?

It was very weird. But the dancers have this amazing concentration. Because somewhere in the world people were watching them, and because their friends were sending pictures of their watch parties, they felt that somebody was there. A lot of friends were sending messages, people in LA, in Istanbul, in Argentina, in Korea. It was very beautiful.

The Pose is going to be performed in an empty factory, right?

It was originally part of Siemensstadt. It was bought by a developer who is going to build a city there. It will be some nice social housing, green, with solar panels. He wants to build a theatre there. These buildings are incredible, so romantic and beautiful. You’re only going to see them this way once and then they’re going to be transformed. We haven’t seen so much space in a long time.

The audience moves around during the performance …

Yes, but it’s not like an installation that you walk around in. The audience is separated into three groups. In the first part, the dancers do solos and talk about their selfies. There’s a whole anthropological explanation of what they do when they do a selfie. It’s very funny. You’d be surprised by how many concepts can be behind a selfie. The cast is from all over the world, so everybody has a different cultural connotation on how they want to show themselves. What moment do they choose to take a selfie? To remember what? For example, there was a girl who always took a selfie when she was on drugs – to remind herself not do it anymore.

How does the corona situation impact the show?

We have a hygiene concept. The space is quite corona-friendly. There’s a lot of space and there are windows which we’re going to keep open. People have to come with a test. By now the cast and crew are vaccinated but there will be testing every other day.

What about thematically? Everything has become more digital.

There were more selfies taken in lockdown because people were looking at themselves because they were bored. I think the second part, the analogue part, will really relate to the corona period because people have been going through their old pictures. People posted analogue pictures of themselves when they were in their twenties. There was a resurfacing of the analogue because everybody seemed to be cleaning their house and throwing things away. People were introspective, thinking about their stories and their families and where they come from.

One of the things we talked about was “encapsulated happiness” – when you see a moment when everything is perfect but actually it’s right before a big storm. Another is “emotional pornography” which is about how advertising tries to make you cry in 10 seconds – ejaculate tears! So that was one of the exercises – to make ourselves cry really fast. This happens a lot in ads. There was one in Japan which was really good about a girl’s relationship to her father since she was a baby, seen from the father’s point of view and from the girl’s point of view. That one made all of us cry. There’s something very smart and manipulative about that and we wanted to practice that with our own stories. We examine these mechanisms but always remain critical of them.

For dates and tickets visit www.dorkypark.org