Berlin - Bars have been hit worse by the corona crisis than most other businesses. They've barely recovered from the spring lockdown and now the city's publicans and restaurateurs are being hit hard once again. Under new rules that kick in Saturday, bars and eateries will have to close between 11pm and 6am.

They closed down for months. They reopened. They invested a lot of money in hygiene measures, in masks and disinfectant dispensers – all in the hope that they'd somehow get through the crisis.

"We did what we could – and followed all the rules," says Enrico Adamowicz. "But for what?"

The 46-year-old owner of Cliffs of Doneen, an Irish pub in Husemannstraße in Prenzlauer Berg, has been serving Guinness for 27 years. His uncle founded the bar in 1993 and Adamowicz took over 12 years ago. Business has been mostly good till now, but this crisis comes on the heels of the last one.

"The busiest hours in our pub are between 11pm and 2am," he says. "It's clear that a new slump is coming." The publican doesn't think the new measures with have an impact.

Jörn Peter Brinkmann,  the 44-year-old head of Ständige Vertretung (StäV), a Mitte restaurant that's been popular with the political class for decades, fumes when asked about the new regulations.

"With the mandated closing times, the Senat is keeping restaurateurs hostage once again." And wrongly so, Brinkmann says: restaurants aren't to blame for the increase in the number of Corona cases, but illegal parties that flaunt the rules.

Since Mitte has been declared a corona risk area, the number of guests coming to Ständige Vertretung has plummeted, says Brinkmann. "Every day, my revenues are about 50 per cent lower." Limits on hours of business will only drive more businesses into ruin.

Brinkmann says a friend who owns a bar isn't even going to open his place. "That's what a lot of them will do since they don't normally open until 10pm anyway."

And what about StäV and its 60 employees?

"We'll continue to fight for survival," says Brinkmann, who believes that the regulation will last longer than three weeks.

"Then the Christmas parties in the restaurants will be cancelled too. Looks like I can already write off this year." 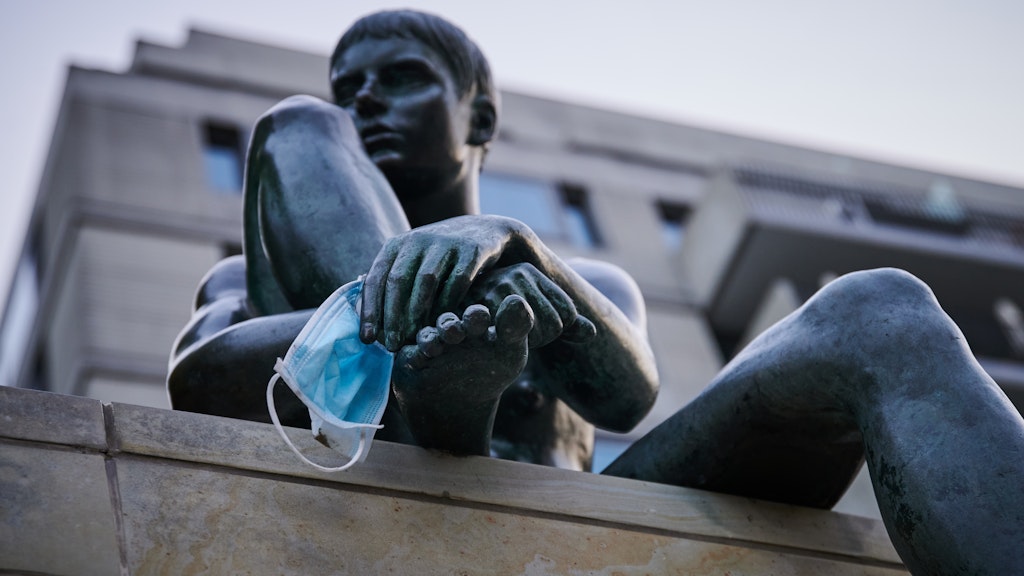 Pandemic newsCorona in Berlin: New rules for bars and restaurants - limits on groups and gatherings

Norbert Raeder (51), owner of Kastanienwäldchen in Reinickendorf, is also irate; "We were just about to install a small kitchen. It should be ready in the next two to three days – and suddenly the next constraint comes.,"

"I'm completely exhausted and could cry. I no longer understand the Senat. Young people will just go and buy alcohol at 10pm and drink anyway." In a pub, you can at least look after your guests - if you get loaded, you won't get a refill, he complains.

"I don't know what to do next and I fear the future," says Raeder. "If I had known that such restrictions were going to be imposed again, I would have closed my place immediately at the beginning."

Monique M., the proprietor of Stampe Attenzione in Oderbruchstraße in eastern Prenzlauer Berg, is as peeved as the others.

"Let us not delude ourselves: We know when we earn our money," says the 33-year-old. "Exactly in those nighttime hours. For us this means more financial losses. I don't understand the arbitrariness of the authorities – the coronavirus is not especially active after 11pm!"

After the new rules were announced on Tuesday, her phone wouldn't stop ringing. Fellow barkeepers called, desperate and hopeless.

"A lot of them haven't recovered from the first lockdown," she says. "We bent over backwards and implemented everything because we wanted to keep our premises going. And now this."

Pubs are important social networks. Regulars come to Attenzione at night to switch off after a night shift. And to chat with someone when nobody else is awake. Monique is happy about every euro spent on an after-work pint.

"A lot of people have been furloughed or lost their jobs due to the corona crisis. People are tighter with their money. A barkeeper friend is only turning over 20 per cent of what he normally does – and that's before the new curfew. It's a fight for survival."