Berlin prosecutors are expecting a flood of potential cases. Little proof is asked of test centre operators when submitting bills

Berlin - Free quick corona tests for everyone has allegedly thrown the door open to widespread fraud. Rapid test centres have sprung up like spring fruit stands in recent weeks in Berlin: next to shopping malls, in parking lots, at hairdressers, in betting shops and in shisha bars that had until recently been shuttered because of the lockdown. Why? Because there's big money to be made from testing - and apparently also by criminals.

According to a report by regional broadcasters NDR and WDR as well as the Süddeutsche Zeitung, test centre operators don't even have to prove they purchased rapid antigen tests at all to be reimbursed. Centres just send an association of public insurance physicians (the Kassenärztliche Vereinigung) the number of tests they supposedly performed to be reimbursed from government coffers - to the tune of €18 per test. The money is distributed via the respective associations in the country's states.

Almost as little effort is required to open a test centre - operators just have to pass on online course about performing tests. An application then has to be filed with the health department, which normally rubberstamps the applications.

1.44m tests billed in Berlin in March and April

Although centres don't have to submit identifying information on those tested or the number of tests they've purchased, it does have to be maintained on-site for possible inspection, a health ministry spokesperson said. So far, the ministry is unaware of any centre asking to be reimbursed for more tests than were performed.

If there are indications of billing fraud, the Kassenärztliche Vereinigung (KV) could investigate, the ministry said. During a press conference Friday, the government said the €18 reimbursement rate was set as an incentive to open testing centres.

As of May 18, 650 test centres were registered with the KV in Berlin. That number has likely risen since. In March and April, the centres reported about 1.44m tests to Germany's social security office, a KV spokesperson said. The latter reimbursed operators a total of €24m.

The lax regulations and enforcement have led Berlin health authorities to set up a tip line where people can lodge complaints or suspicions, a source told Berliner Zeitung.

Testing in Berlin is overseen by the health department and spokespeson Moritz Quiske said centres have to present a hygiene concept and confirm they have trained employees. In addition, operators have to commit to certain data protection guidelines.

"If the information is valid, the places are certified by the Berlin administration," he said. As elsewhere, the KV is responsible for billing.

Although the health ministry said audit powers lie with the KV, the Berlin branch of the association Friday said the responsibility lies with Berlin. The KV too said it was so far unaware of any fraud. 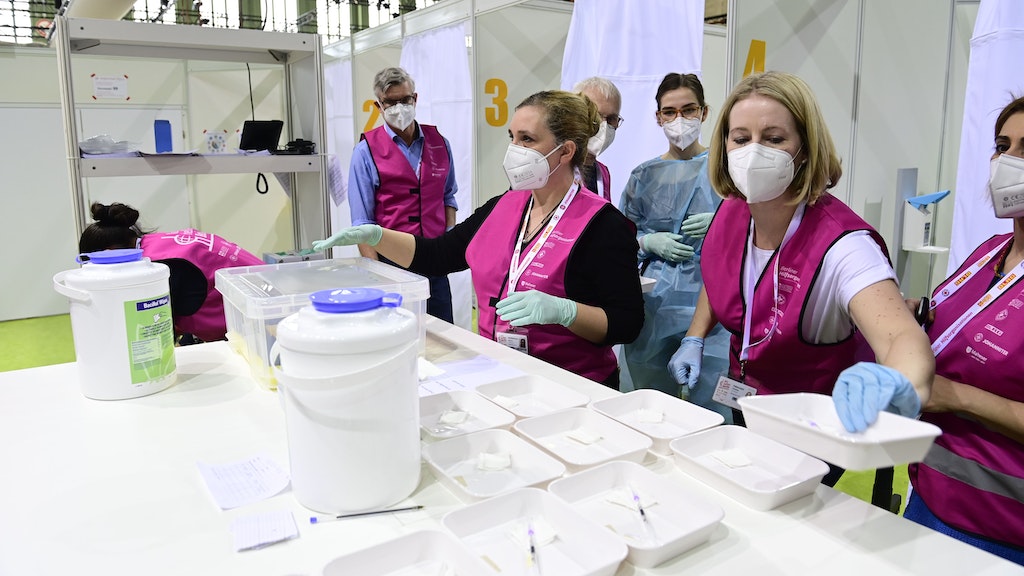 In an interview with the Berliner Zeitung, Quiske said that the government has received "indications of irregularities from time to time". These are passed on to the appropriate authorities, "in case of doubt to the public prosecutor's office."

A spokesman for the Berlin police said Friday that so far there are no investigations into possible billing fraud at test centres.

"If it's possible, it's also possible for criminals," he said.