The artistic director of the English Theatre Berlin is making sure the show goes on while helping local artists. 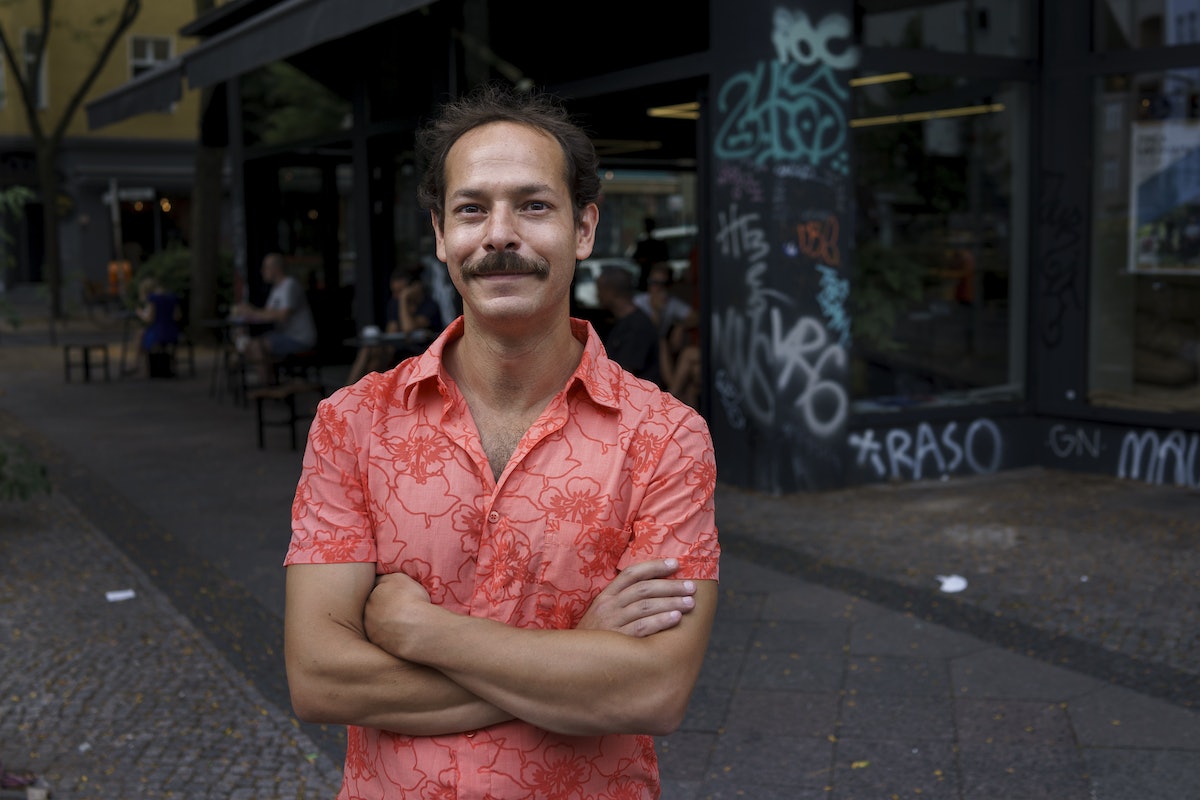 Daniel Brunet is screaming on the inside.

Berlin-Like all cultural venues, the English Theatre Berlin|International Performing Arts Center in Kreuzberg had to shut down at the beginning of the lockdown in March. Artistic director Daniel Brunet talks to the Berliner Zeitung about the challenges of reopening at radically reduced capacity, the struggles of Berlin’s independent artists and spaces – and new possibilities that have arisen in the crisis.

Daniel Brunet: We’re preparing to reopen amongst a boatload of restrictions based on a hygiene concept. For the past several weeks I’ve been working with our colleagues at Theater Thiwka [with whom we share the space]. As our safety officer, I’ve been working to observe guidelines put in place by the Senat [city administration], that have to be approved by an occupational physician that lets us open safely.

How big can your audience be?

We’re going from having 120 to 150 seats to having 38 seats, 1.5m distance between all audience members and between all performers at all times. Distances have just been revised downwards. We had been preparing for 6m distance between performers and the first row of the audience. Now it’s been reduced to 4m. Audience members are not encouraged to hang out before or after the show. If possible, it should be an hour long. If it’s longer than that, we’ll need a ventilation concept.

We’re programming only three productions – over a total of 14 nights - through the end of the year, starting on October 2. All three are projects with external funding. One of the primary motivations for putting the events on is so that the artists can get paid the money they’ve been promised by funders. Often, if something didn’t have its own funding, we’d do a 60/40 box office split. That had worked well. If somebody sells out the auditorium and they do a couple of shows, there’s a decent amount of take-home earnings. With 38 seats we can’t support that kind of work anymore.

Photo: Carsten Koall
Daniel Brunet
is the Producing Artistic Director of English Theatre Berlin | International Performing Arts Center. A director, performer, producer and translator, his directorial work and translations have been performed internationally while his translations and essays have been widely published in journals around the world. Since the end of 2018, Brunet has served as the speaker for the performing arts within the Speakers’ Circle of the Coalition of the Independent Arts and as a board member of LAFT – Landesverband freie darstellende Künste Berlin e.V.

How has it been adapting productions to the distancing rules?

Take our Expo Festival. We have eight pieces of programming. Those artists all have to radically re-stage their projects because of the distance rules. A project called The White Plague, quite aptly about a virus that causes blindness, was an immersive theatre production. The audience would have had blindfolds placed on them. They would have been led by the performers through the auditorium and it would have been very much a piece designed to be taken in by every sense but sight. Now that's impossible. The artists are very flexible and are now using binaural audio. It actually sounds like the action is taking place around you. It sort of bypasses your own senses. So, if you’re listening to binaural playback walking down the street and you hear a car, your instincts will say, there’s a car behind you, jump! It’s a really smart way to adapt to the circumstances.

How are you going to get through this financially?

It’s a very difficult situation. All theatres in the independent performing arts community have to forecast their income, usually at the beginning of the year. Having been closed for nearly six months, with a fraction of the programming and a fraction of the audience, we’re going to miss that target quite significantly. The Senat is very helpful and very open. But their hands are tied. The budget is the budget. Everybody, from the huge state theatres on downwards, is facing the same situation. If we don’t find a way to sort this out with aid programmes, we’re going to have to cut salaries. Of course, “salaries” is a joke – fees. We have no employees. Every person at ETB receives a monthly fee, and the management’s fees will be cut first.

The performers must have received emergency corona aid at the beginning of the lockdown.

That’s a huge bone to pick. Berlin’s Soforthilfe 2 programme was very helpful. It allowed cost-of-living expenses to be covered. That money ran out in five days and was replaced by an incredibly strict programme by the federal government. Despite lobbying by everyone from Culture Senator Klaus Lederer on downward, Monika Grütters, State Minister for Culture and Media, ignored completely the fact that the programme missed those it was supposed to help the most. It recognises only operating business expenses: commercial rent, leases, expenses for vehicles, things that leave the entire independent scene out in the cold.

You co-initiated a kind of crowdfunding campaign.

I was so upset. I came together with a couple of like-minded people and started the Niemand Kommt Festival, which was a donation campaign in the guise of a non-festival. We brought in a little over €60,000 and we’ll be able to release aid packages of €1,000 for about two-thirds of our applicants. We were just trying to do something for those people who had fallen through all the cracks. Because the federal government’s answer is to take up so-called Hartz IV, which is very intrusive, which prevents many people from being able to work artistically because the Job Center intervenes and advises them to take any possible job you can get. We think artists and culture makers need to be supported in a different way.

I sit on the board of LAFT, the state association of the independent performing arts. And I’m also the speaker for the performing arts within the Koalition der freien Szene [Coalition of Independent Arts], which are both advocacy groups for independent freelance artists. We dialogue with both the cultural administration and cultural politicians within the governing SPD-Green-Linke coalition.

What kind of policies are you calling for?

We wanted the federal version of Soforthilfe 2 to be made more flexible so that it covered living expenses. The Senat is doing a pretty admirable job of helping. It has become much more flexible in how projects can be realised. Even larger programmes like the Haupstadtkulturfonds – our Expo is funded through them this year – have given a lot of flexibility for how those projects are realised, whether it’s something like a podcast, or the streaming of pre-existing documentation. So everyone is pulling together to help us get through an unprecedented situation where it’s unclear how long this is going to persist and what might be options for possibly coming to terms with it. Culture as we know it is very difficult to realise right now.

Earlier in the month, protestors took to the streets demanding a basic income for artists.

A basic income can make a lot of sense as long as it doesn’t become a substitute for the excellent social safety net already in place in Germany in comparison with so many other countries. It depends on how it works. Even if health insurance, retirement insurance, if every other aspect of the safety net is covered elsewhere, I still think that €1,000 per month is lowballing it, even in Berlin, which has relatively cheap rent compared to other western capitals. I would embrace a version of universal basic income that takes everything into account.

Keeping social distance. A scene from the 2018 production The Land of Milk(y) and Honey?: Israelis in Berlin

Some are beginning to explore new formats in response to the corona restrictions.

A silver lining in all of this is that arts and culture are resilient. I have been privileged to see a great deal of work virtually and digitally over the past months. This opens up a lot of interesting questions about how work can be made under these circumstances. I saw a show via Zoom that featured a live chat with 1,300 participants taking place during the performance. I began to think about how that could take place using dramaturgy, so that the narrative or storytelling could spread to the chat in the same way that immersive theatre takes place.

The chat provides such an interesting freedom to the viewer. I felt that opportunity to have feedback in real time was very honest while still being respectful to what the artists were doing. I’m looking forward to making art to adapt to these new circumstances and perhaps it will make it more accessible, which is something we’d all been struggling with even before this crisis started.

You-Me-Human-Tree (A new performance project co-created by humans and trees of all different ages, experiences and backgrounds): October 2, 3, 8, 9 and 10 | 7pm