Statistics show that just half of the new hires in Berlin schools have a regular teacher education.

Berlin - The shortage of qualified teachers in Berlin is becoming ever more drastic - but you wouldn't know it by looking at the official numbers. For the new school year, a total of 2,440 full-time positions had to be filled. In a press release, the city-state's education department announced that it had hired a total of 2,886 teachers (including part-timers) despite corona-related recruitment difficulties. Cause for celebration, one might think. But a look at the qualifications of the new hires raises serious questions.

Only 1,526 of the new teachers are career applicants, i.e. they have studied two subjects at university and then completed on-the-job teacher training; 790 are lateral entrants or Quereinsteiger; 420 are classified by the authorities as "other teachers". A lateral entrant is someone who has studied at least one of the subjects that Berlin is lacking teachers in. He or she may teach this subject immediately, but must study an additional school subject while working and then complete practical training. Although this is a long and arduous path, a permanent job and a starting salary of over €5,000 await at the end of it.

Other new teachers include applicants who have not studied a subject that is taught in Berlin schools. "These are former 'welcome teachers' (who have, for example, taught refugees), substitute teachers, but also musicians and artists," says an education department spokesperson. Until now, this category of teacher could only be employed on a temporary basis and could not take the path of on-the-job training. But now the need is apparently so great that Berlin is even holding out the prospect of a permanent position for them - if they can prove themselves in everyday school life and are accepted by fellow staff.

Trickery with numbers and labels

In the past, the "other teachers" had other names. Sometimes they were tagged Seiteneinsteiger (side entrants), or "LovL" which stands for "teacher without full teaching qualification". The government's re-labelling is causing confusion, as is their use of statistics. This year, for example, there was talk of 420 "other teachers" and 890 "temporary other teachers".

If one includes the second figure in one's calculations, then teachers union GEW Berlin's claim is correct: this school year only 40 per cent of new hires have gone through a classic university education. That number drops to a mere 15 to 20 per cent when it comes to new hires at primary schools.

But is that a problem? Are lateral entrants really worse at teaching than career applicants? Can't they also be an asset because they bring a breath of fresh air and diverse life and professional experiences to schools? "That's right, they do," says education researcher Ludger Wössmann of the Munich-based Ifo Institute. But the problem, he says, is the first two years. "Research has shown that teachers perform significantly worse at the beginning of their working lives than later on."

Dirk Richter, who researches teacher education at the University of Potsdam, adds: "In the long run, there's no evidence that pupils taught by experienced career changers perform worse than students taught by lifelong teachers. Many have potential, but at the start the lack of education expertise has an impact."

Hence, Richter's startling findings for a study he performed for the Bertelsmann Foundation in 2016 are all the more problematic. On average, twice as many "lateral entrants" were found to teach at schools in socially disadvantaged areas as at schools with the lowest proportion of poor children. Almost every third lesson is taught by a "lateral entrant" in schools catering to poor areas.

When asked about the causes of the teacher shortage, the SPD education policy spokesperson Maja Lasic told the Berliner Zeitung: "Training capacities were reduced during the years of austerity after the turn of the millennium. Then the city started to grow in a way that was not predictable. There were also problems with modelling. In the last legislature, they changed course and finally started to create more capacity with new university contracts. Currently, there are 2000 spots for teachers at Berlin's universities." 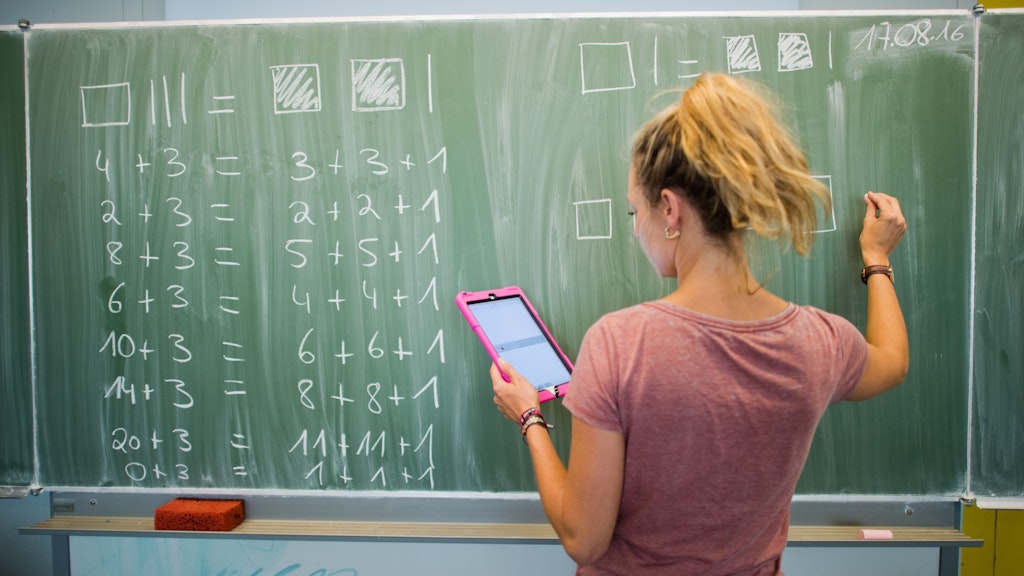 Teacher shortageHundreds of Berlin teachers quit their jobs this summer

Since 2011, Berlin's universities have boosted their capacity for teacher education by 75 per cent. But the boost came far too late. Then there is the sad phenomenon that a lot of education students drop out and 40 per cent of the prospective teachers who begin on-the-job training quit. It is still unclear whether they find the daily routine of the profession too grueling - or simply move to another part of Germany where teachers enjoy civil servant status.

Should teachers be civil servants?

Research has never been able to show that making teachers civil servants has a positive effect on the performance of pupils. The fact that Berlin did away with the practice years ago certainly seemed like a progressive decision at the time. But other German states failed to follow suit. Denying teachers civil servant status has since become a massive disadvantage for the capital city.

Nevertheless, reinstating the practice would cost the city billions and probably wouldn't make the problems disappear. And older teachers who could no longer be made civil servants due to their age would feel unfairly treated.

The Berlin school system still does not do justice to the city's complex social and migration make-up. This means that many young teachers who spent their studies in the hip metropolis prefer not to teach in central Neukölln, but in a middle-class suburb of Munich. Berlin is caught in a vicious circle: the fewer teachers there are, the more the schools are in a shambles. The more individual teachers are burdened, the less energy is left for high-quality teaching.

That's why many young teachers throw in the towel - like 37-year-old Philipp Dehne, who worked at a Kreuzberg school and asked himself daily: "Am I doing good educational and relational work or am I just managing a problem situation?" Fourteen out of 24 pupils in Dehne's class were diagnosed with special needs and he found it impossible to do justice to every single one. Two years ago, Dehne quit his job to become politically active and founded the organisation Schule muss anders, which advocates school reform.

He wants to convince politicians that Berlin's universities need to prepare 3,000 freshly trained teachers for the labour market every year. Because then one could finally start not only plugging the holes, but also setting other quality standards. Dehne's demands include: "More support for social hotspot schools, relief for class leaders, a substitute teacher reserve and 10 hours per week for school development".

The international press seem obsessed with Merkel's allegedly popular nickname - but it's not as flattering as it might seem.