Driver was trying to impress his girlfriend on Kudamm

The victims' injuries included a broken collarbone and broken pelvis. The older victim is now trapped in her paralysed body.

Berlin - When Wiktoria B. talked about her mother Thursday morning, she started to cry in the courtroom. "My mom was an active woman," the 17-year-old witness said, turning to the judges.

She brought photos that show how fun-loving her mother was. That is, until the accident on 31 August last year. Agnieszka T. had just picked up her daughter Wiktoria from dance class when a 530-hp BMW slammed into their small car at high speed on Kurfürstendamm.

The 45-year-old economist suffered severe brain and spinal injuries and likely will never recover. The witness suffered fractures of the collarbone and pelvis.

The trial of Robert S. began Thursday on charges of illegal racing, dangerous and serious bodily harm and hit-and-run. He is 29 years old, a locksmith by trade, and has no criminal record. He has been in custody since 2 October and has confessed to being the driver of the BMW 750i that raced along the Kudamm at up to 132 kilometers per hour before the accident.

Robert S. fled the scene but was arrested by investigators four weeks later.  The charges carry a maximum sentence of 10 years but the suspect accepted a plea agreement of no more than four years in exchange for a confession.

"The allegations of the crime are true in their entirety," his lawyer said in court, reading from a statement. S. said an acquaintance had been visiting for a week, leading to the rental of the high-powered BMW - he normally drives a Renault station wagon.

Wiktoria B. listened quietly to the confession. She visits her mother in the hospital every other day but corona makes more frequent visits impossible. She says only limited communication is possible with her mother, who had to be resuscitated several times after the accident.

Agnieszka T. now suffers from locked-in syndrome where she is trapped in her own paralysed body. The indictment says she will remain in severe need of care and will have to be mechanically ventilated and artificially fed for an unforeseeable period of time. 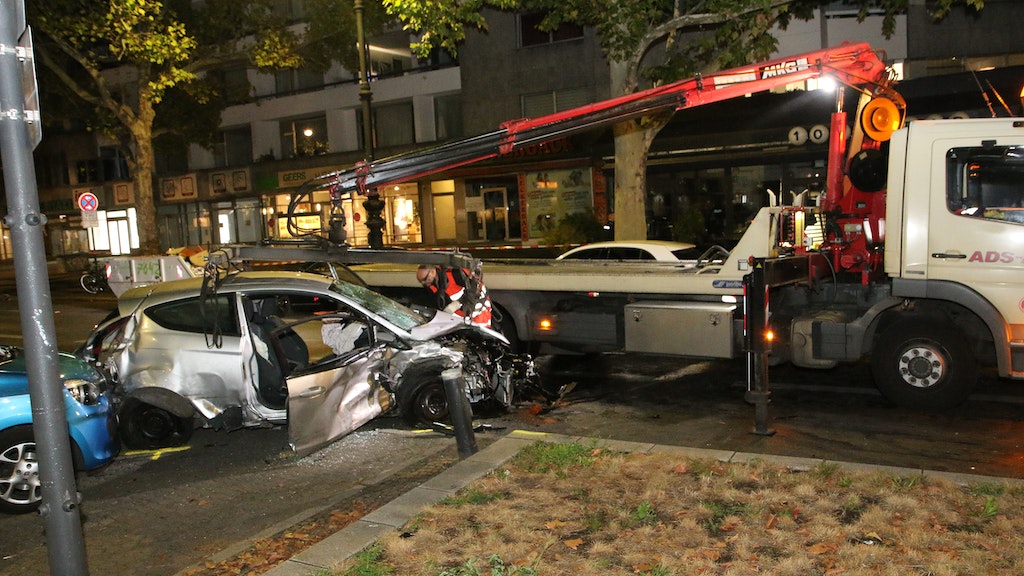 On the evening of the accident, the accused and his friend were out driving with his girlfriend when he turned from Lewishamstraße onto Kurfürstendamm and "floored it to the max to accelerate the BMW". He was hoping to impress his acquaintance and it was clear to him that he was endangering anyone on the road as well as pedestrians, his lawyer said. His actions took any possible injury into account.

"That it came to an accident with such serious injuries was unwanted," the accused said in the statement.

The suspect said the road had been clear. Although he let off the gas pedal when he saw a small car in the median at the corner of Cicerostraße waiting to cross Kudamm, he thought the driver had seen him.

"I pressed the gas pedal fully a second time, again trying to accelerate the BMW to the maximum. Then I saw the Ford drive off," Robert S said.

It was too late.

The defendant admits to having fled in panic after the accident. He and his friends took a cab home. He hoped to avoid being seen as the driver and cause of the accident.

He said he was aware of the suffering he caused the mother and daughter and regretted his actions. He said he has already made €10,000 available to the victims and hopes to pay the same amount again before a verdict is reached. The court has scheduled the trial to run for 10 days.

Andrew Bulkeley adapted this article from the original German.