Eating out in the lockdown: asparagus sandwiches, oysters, lemon tartes

Berlin - This week: delicious sandwiches and wines at Bar Freundschaft's street stand; fantastically fresh seafood from VOLK Mitte. And the lemon tart at Café frank is a dream, while Gorilla Bakery on Herrmannstraße makes a killer cappuccino.

What to do in Berlin on a Sunday during a soft/hard lockdown? The government wants us to stay indoors or walk around outside. I've never understood why outdoor restaurants are banned. After all, aerosol researchers say that the dangers are minimal outdoors. Politicians are probably afraid that outdoor dining will degenerate under the influence of alcohol. But why speculate in advance that something will degenerate? Most adults are neither stupid nor irresponsible. At least that's my impression.

Better safe than sorry. And so the responsible citizen has to conquer his own little space in town on Sundays. And a good place for a couple of glasses of wine in a small group is street stand at Bar Freundschaft in Mittelstraße directly behind Kulturkaufhaus Dussmann. They're always allowed to be open. Remind me again why books are more systemically important than wine?

But back to Bar Freundschaft, a Mecca for wine lovers.  The best thing is that Bar Freundschaft has so-called bazaar prices. Sometimes you can haggle over the price of a bottle at the small table at the entrance. Owners Willi Schlögl and Johannes Schellhorn have a Rapid Chiller, a device that cools white and sparkling wines within five minutes. And so our sparkling wine from the Jura comes to us fresh and cold!

They're currently serving two sandwiches: one with crispy deep-fried white asparagus, hollandaise sauce, chives and trout caviar in brioche buns. And another with tender braised pork, onions, pickles and a thick brown sauce in pita bread - reminiscent of a better McRib, with the warm sauce running down your sleeve at first bite. You can enjoy the whole thing leaning on the construction fence opposite. Sounds awful, but it was fun.

Oysters at VOLK in Mitte

The zone around Rosenthaler Platz (which is still terribly ugly) has changed quite a bit in the last 20 years. I remember the early 2000s, when a few scattered East Berliners still lived there. Before the self-service Back-Factory arrived. When rickety snack shacks still lined the square. You could get kebabs, hot dogs and a Greek souvlaki skewer for one mark a pop. Considerably cheaper than at the Rosenthaler Grill (which has always been there and whose owner is now filthy rich) across the street.

There is a lot of talk these days about urban displacement. And rightly so. I realise that the housing shortage is a problem. But let's be honest: from a culinary point of view, gentrification has its good points. In Mitte, I don't think anyone wants to go back to the days of nothing but kebab, chicken and Currywurst.

Those days are over. And an expression of this is the small bar VOLK in Brunnenstraße, right next to the police station and the bell bar Buck & Breck. An American (who is always tired in the morning because he DJs somewhere at night) confidently sells oysters and champagne here. He runs the business and his French colleague Margot opens (a stressful job!) hundreds of oysters a day for the guests. VOLK has really great oysters. Even real French people show up.

At VOLK you can sometimes negotiate the prices yourself. A week ago, I talked the price of two dozen French Fine de Claires down to one euro a piece: 24 oysters for €24, almost as cheap as in France. The best thing is that they always have Belón oysters on offer (12 for €50). These are European flat oysters that are clarified in the brackish water of the river of the same name in Brittany and have a mild, nutty aroma. If you want to feel like a Renaissance man, buy these, because they're the same ones you can admire in paintings of the era. And they simply taste the best.

But where do I go to eat my oysters? Weinbergspark is directly opposite, with a little wall around the small pond. There you can sit next to a real grey heron that often stands at the edge and stares spellbound into the water (frogs!). Open a bottle of sparkling wine, look at the grassless hill and wait for your oysters. They're brought to you opened. A fortnight ago, the oyster man fell down the steps. The bundle of oysters wrapped in foil flew through the air. For a fortnight, he couldn't walk properly. Now he always uses the wheelchair ramp. Jesko zu Dohna

Pfefferberg has become a little foodie hotspot in recent years. It not only houses a wonderful brewery, but also the recommendable restaurant Kink. The interior and the lighting design with the curved neon lights feels more like London than Berlin. Now the same people have opened Café frank. We can already say that it is one of the most wonderful places to relax in Prenzlauer Berg.

The café is open seven days a week and offers not only good coffee from roasters Röststätte, but also unusual ice cream varieties, pâtisserie products, freshly squeezed juices and a changing lunch menu.

When you enter the light-flooded room, the high, stuccoed ceilings and the wooden floor are particularly striking. The unplastered walls and industrial interior can only be enjoyed when ordering at the moment, but it will pay off in the long run. It's no coincidence that the space is so tastefully decorated: The café is owned by interior designers and restaurateurs Oliver Mansaray and Daniel Scheppan.

The menu promises international dishes with seasonal ingredients and is supposed to take you "on culinary short trips". I opt for the vegetarian bean feijoada. Alternatively, the dish is also served with pork ribs.

At the moment, the food is available in a cardboard bowl to take away. The black bean stew tastes aromatic and spicy. The dish is garnished with crunchy cassava pieces and chard leaves. The sweet orange slices, lightly fried, provide a tasty and finely balanced contrast.

But dessert lovers in particular get their money's worth at Cafe frank. I decide on a lemon tart. The crispy shortcrust pastry encloses a delicate lemon cream filling that tastes intensely fruity and a little sour. The finely fluffy meringue topping is decorated with Timut pepper flakes and seduces with its creamy sweetness. Katerina Paskopulos

Quite a lot of gorillas out there these days. There's the delivery service whose black-clad employees deliver barista oat milk to one's doorstep within a few minutes. Then there's a bakery that meets all the criteria of a hip place: conscientiously curated Instagram presence, sourdough baked goods, Neukölln.

It was founded by Frithjof Wodarg, Matteo Angioi and Marlon Briceño, named after the animal that guarded the entrance of the previous tenant, an electronics shop. Anyone who thinks of the snarling teeth of gentrification will be forgiven.

Wednesday lunchtime. From the surrounding home offices, the exclusively under-40 working people stream in. The weather is great, the sunglasses are in sync with the times, the queue is manageable. Inside, a stylish room in subtle colours, designed by interior designer Mathilde Gaudin, welcomes you. On the left, a pane of glass offers a view of several men in baker's outfits kneading pizza dough with muscular forearms: also a form of home office. In general, pizza is what distinguishes the Gorilla Bakery, which opened last November, from the numerous other sourdough bakeries that use organic products. Not a Neapolitan one, but the kind you get in the streets of Rome, rectangular and with a crispy base, around three euros a slice.

There are three varieties to choose from: Margherita, marinara with parsley pesto and pancetta with radicchio. There's a perfect moment in a pizza queue like this: when a fresh tray is just brought in. We just miss it. The reheated slice of margherita is nothing I'll remember the next day. Better than what you get in the surrounding pizza, kebab and pasta shops, but no reason to make a pilgrimage to Hermannstraße.

The same goes for the mini marble cake, which I had already tried a few weeks earlier - they should have changed the recipe. At least the cappuccino from the Berlin roastery Passenger is prepared accurately and the barista is very nice. For home, I take another house bread and a bostock. The latter is a kind of cold French toast filled with almond cream and berries, topped with almond slivers. I got to know it at Albatross, the bakery on Graefestraße that really sets standards in this department.

They bake a juicy brioche with a lush filling, but the Gorilla version is a relatively dry white bread with a layer of almonds and berries only a few millimetres high. And the house bread? Tastes solid on the first day and differs from the now respectable competition from Sironi, Keit and Brodstätte. I guessed the used durum wheat semolina in addition to wheat. I was wrong. They say that about a third of the flour is wholemeal.

But at €6 per loaf, it's also a bit more expensive and unfortunately already quite dry on the second day. Have I made the wrong choice? The cheesecake, the espresso tart and the flourless orange cake also make a good visual impression. And somewhere it said the croissants were good. But for the time being, I won't be making the trip to Hermannstraße again. Because, unfortunately, this Gorilla doesn't rock the urban jungle. Eva Biringer 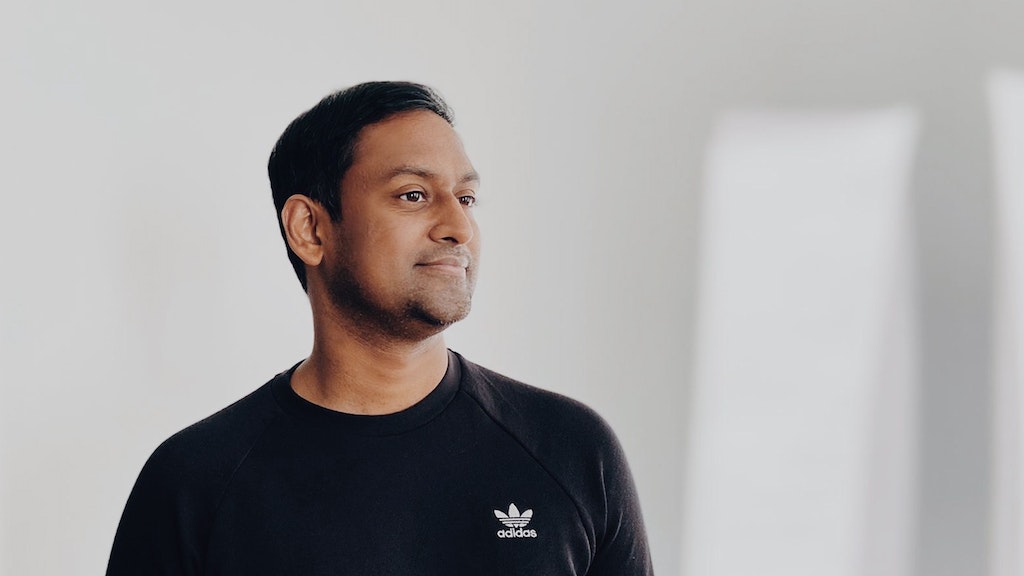 Food Tiffin - pushing the envelope of Indian cuisine in Berlin