The Tesla boss is an unpredictable trickster. The authorities should treat him accordingly. 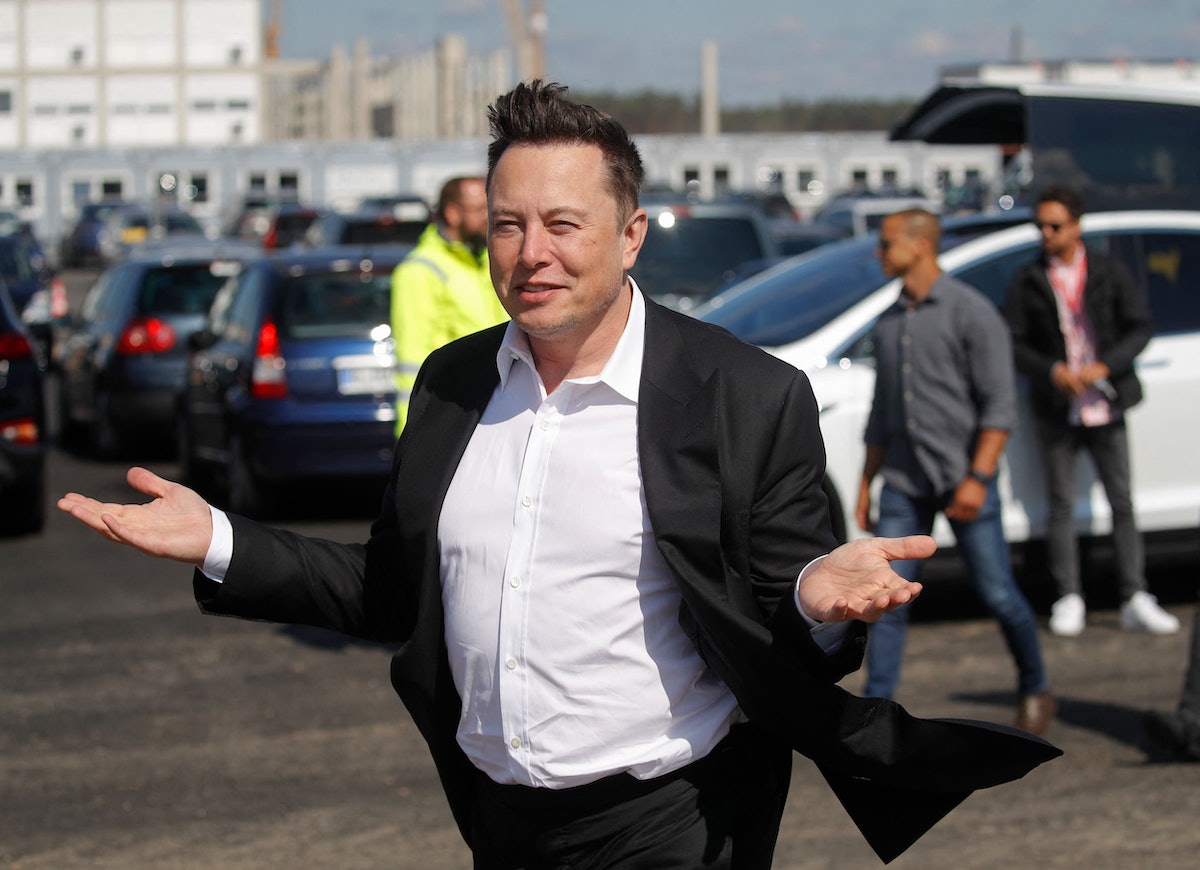 Berlin-Elon Musk is one of the great entertainers of our time. Tomorrow, the Tesla CEO will be hosting Saturday Night Live. On Twitter last week, he shared a few comedy sketch ideas with his 52.3 million followers. "Irony Man - defeat bad guys with the power of irony," he wrote. This gem earned him 82,000 likes, a metric German leaders and politicians can only dream of.

One minute, Musk will be posting a video of his SpaceX crew at the International Space Station, the next it will be something like: "If we make life multiplanetary, there might come a day when some plants and animals die out on Earth but are still alive on Mars." Or just random thoughts, "What is beauty?" Smoked a little too much again, have we Elon? And by the way, what's up with that car factory in Brandenburg?

Something is up. Last week, the ZDF investigative show Frontal 21 unearthed quite a few problems with the factory. For one, construction workers at the site are being paid below the local minimum wage. And Tesla illegally laid sewage pipes - until the Brandenburg Environmental Agency noticed, ordered a halt to construction and then swiftly issued a provisional building permit. The digging can continue. Small change compared to what came next: Tesla amended its main building permit application for the car factory - which has yet to be approved - with an application for the construction and operation of a battery factory, planned for next door. The amended application means authorities would have to take a look at a stack of new documents. And the general public and environmental associations would also once again be able to get their hands on the files. That'll take months. There's no chance Tesla will start building cars in July as previously announced.

You could say, it's all your fault, Elon. Your lawyers know exactly how German bureaucracy works. Of course they knew it would take much longer if you bundled the applications. But Musk knows exactly what he's doing. He can blame Brandenburg's environmental agency for the delay - and keep joking around, gaslighting and deflecting. The July opening date was probably plucked out of thin air to generate attention and exert pressure.

Tesla's share price has risen by 1,000 per cent in the last three years. It's irrationally high, one could argue. The company is worth around €544bn, more than twice as much as Daimler, VW and BMW combined. Thanks to this vast sum, Musk has tonnes of leeway for screw-ups. He can remain calm, even if the Grünheide plant is delayed by six months.

So what's his game, exactly? I think the Twitter jokes, the comedy appearances, the Mars fantasies all play a key role in keeping the share price high. His loyal followers love him and show it by ploughing their money into Tesla.

Germany has had plenty of dealings with Amazon, that other US giant that is constantly disrupting industries, placing pressure on workers and trade unions. But with a joker capitalist like Musk, whose permanent media presence is a huge part of his business model, Germany has little experience.

When Musk last visited the construction site in Grünheide, a reporter approached him about the groundwater problem. "There's enough water here. Lots of trees grow here," he said with a grin. Dismissing a serious concern with a dumb joke, that's something we'll hear often. The Brandenburg officials should come up with their own special strategy for this very special investor. My suggestion: confront Musk with wit, intelligence and self-confidence. Don't just accept everything lying down. Demand a credible solution to the water problem. The Geman Gigafactory is now "too big to fail" - for both sides.