Some American expats take a very condescending attitude to Germany - especially when it comes to race and gender. It has a whiff of cultural imperialism. 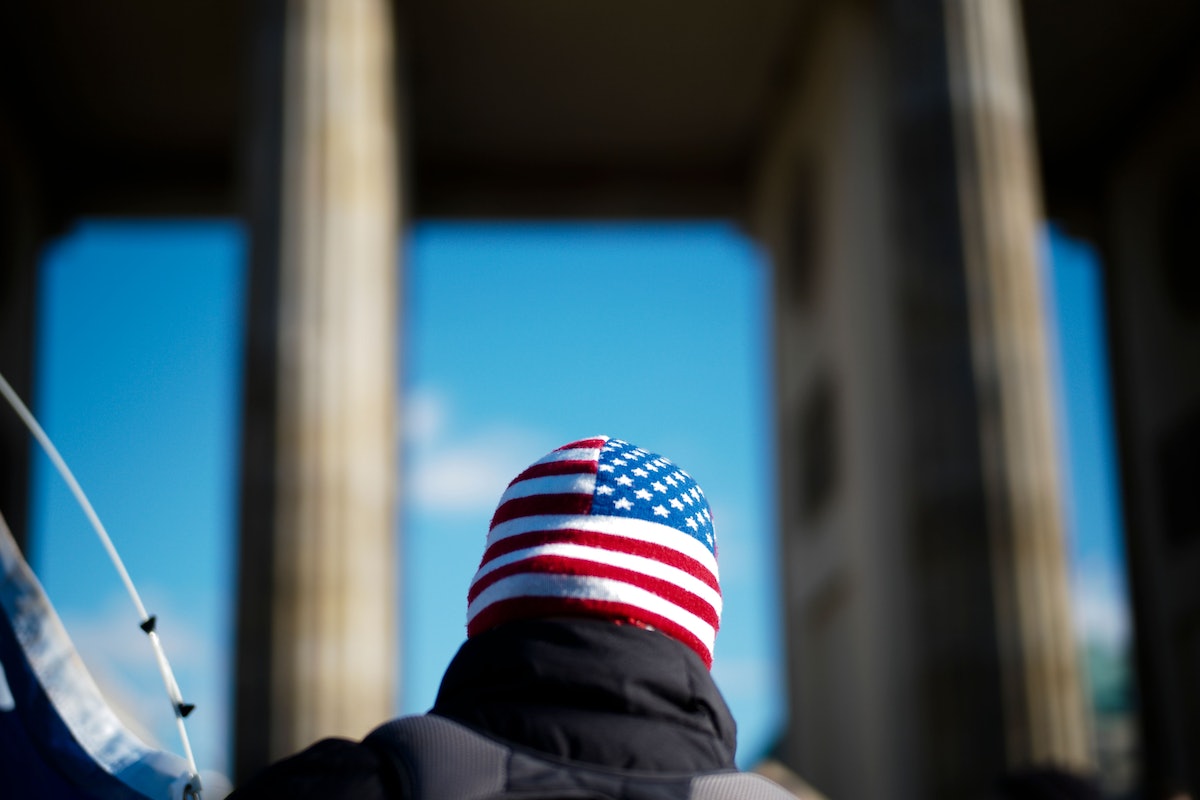 US Democrats gather at the Brandenburg Gate for a small count the vote demo on 4 November 2020.Photo: AP/Markus Schreiber

Berlin - Clicking randomly through Facebook I found myself in the middle of one of those expat discussions where you just start shaking your head.

The subject of the thread  in the Americans in Berlin group was a lack of willingness to speak English on the part of officials at various German government offices. The discussion was sparked by a post that asked: “In Germany, how come when around Ausländerbehoörde or JobCenter, Sozialamt seems no German knows English?”

With incredulity, I watched the thread grow into a string of hundreds of comments. Various posters offered explanations. One that made sense to me was that German officials at the Ausländerbehörde can be held legally accountable for any statements they make and so they were reluctant to speak a language other than German.

But then a American woman - we'll call her Expat 1 [note: she later asked to be identified as Tina Lee, who has lived here for more than a decade; in fact, I we worked together at my old job] - wrote:

"The reason why they don’t hire any of the proficient English speakers or speakers of any other languages at Ausländerbehorde is because of systemic racism. Immigrants are not meant to feel welcomed or understood – they are trying to push people away and deliberately put as many barriers as possible. This is a deliberate choice."

"None of y'all should be defending the Ausländerbehorde," she continued. "It is the worst place in the entire country and the people who work there are NOT your friends."

To provide evidence that structural racism was the real reason that the officials at the Ausländerbehörde (which has been renamed Landesamt für Einwanderung), often spoke no English, the woman posted a link to an article about the government's intention to study structural racism in.... the police. Expat 1 was using very broad brushstrokes.

Another American - whom I happen to know - who grew up in Berlin and has lived here most of his life offered the explanation that the Berlin government had severe problems finding qualified staff to work at any of its offices at all - let alone people who spoke fluent English – and besides, you couldn't force people working at the Landesamt für Einwanderung to speak other languages.

To which another American (Expat 2) answered: "You probably take issue with people addressing racism because it points out your own silent complicity in the current dynamic....You need to develop your critical thinking skills and stop letting your white fragility keep you from being able to hear hard truths about the society you live in."

Expat 1 and 2 exemplify an observable phenomenon of recent years: the lecturing American. They're usually woker-than-thou and interpret everything in Germany through the ideas of America's identity-politics-obsessed left.

In the old days, the cliche "ugly American" living in Europe complained about the poor quality of burgers or maybe the lack of a Starbucks. Today, there's a good chance they'll come armed with critical race theory and ideas like "white fragility"– and with a sanctimonious tone of voice that belies a fundamental contempt for anyone who doesn't accept their favoured package of social theories and opinions.

Call me crazy, but I think this is just a continuation of American soft power and the latest iteration of cultural empire, which disseminates fads throughout the world with remarkable efficiency. In the 1950s it was Elvis and jeans. Later it was yoga and clean eating. Now it's a particular collection of ideas about identity – mostly concerning race and gender.

When the Black Lives Matter movement re-errupted following the murder of George Floyd by a Minneapolis policeman last spring, Berlin also saw its fair share of protests. Which is understandable. There is no doubt a problem with racism within the German police force – as evidenced by the discovery of far-right What's App groups within the Berlin police and elsewhere. People of colour have died in police custody – although the scale of police violence is far lower than what appears to be the case in the US – for many reasons, including the fact that police receive more training here than in the US and that Germany is simply a less violent society.

And yet some Americans living here are blind to any difference and seem be dead-set on telling Germans how to run their country and root out racism – and it's usually  those of a particular white liberal ilk who are doing it. One of the strangest moments at a Black Lives Matter rally I attended in Tiergarten this summer was when – among many Black speakers sharing their experiences of racism in Germany, mostly in German – a young, clean-cut white American guy took to the stage. Speaking English, he talked about how he believed white people had to perform an anti-racist action every single day (like ablutions, it felt like to me) and that if people signed up to the newsletter on his website, they could receive daily reminders and tips on how to fight racism.

Again, it was an American flogging his own version of anti-racism – as if he were the first person to ever come up with the idea. Not everything he said was nonsense. The preachy, holier-than-thou delivery of his message felt condescending as hell.

As I have said, there is no denying Germany has serious problems with racism –sometimes of an institutional nature. Take the NSU murders, where a neo-Nazi terrorist gang killed 10 people in immigrant communities in cold blood. For years, the police assumed that the murders must have be committed by other immigrants. A kind of systemic racism made police blind to the possibility of a racist motive.

One more example: Last summer I was sitting in a sidewalk cafe. Two young women were conversing at the next table. One woman, an American, judging by her accent, was doing all the talking - and the other, a German, was doing all the listening.

The American was talking about how, at the start-up where she worked, she had taken it upon herself to cover up the gendered signs on the doors of the men's and women's toilets with her own unisex signs. Without consulting anyone. It was "an action" because she was "an activist". She felt uncomfortable and oppressed by the existence of separate bathrooms. Her co-workers – all Germans – were opposed to the new toilet signs. Some of the women apparently didn't like the idea of sharing a bathroom with men. Numerous meetings were held, emails were exchanged – but the Germans just wouldn't accept her "action".

I could hear the utter exasperation in her voice – and she sounded like somebody spouting political certitudes on Twitter. And she spoke about her German colleagues with a stunning level of condesension – as if they were just too stupid to follow her: "You'd think they'd want to be educated."

Maurice Frank is the editor of Berliner Zeitung English Edition.