The victims showed signs of "extreme violence" but few details have been released as relatives are notified. 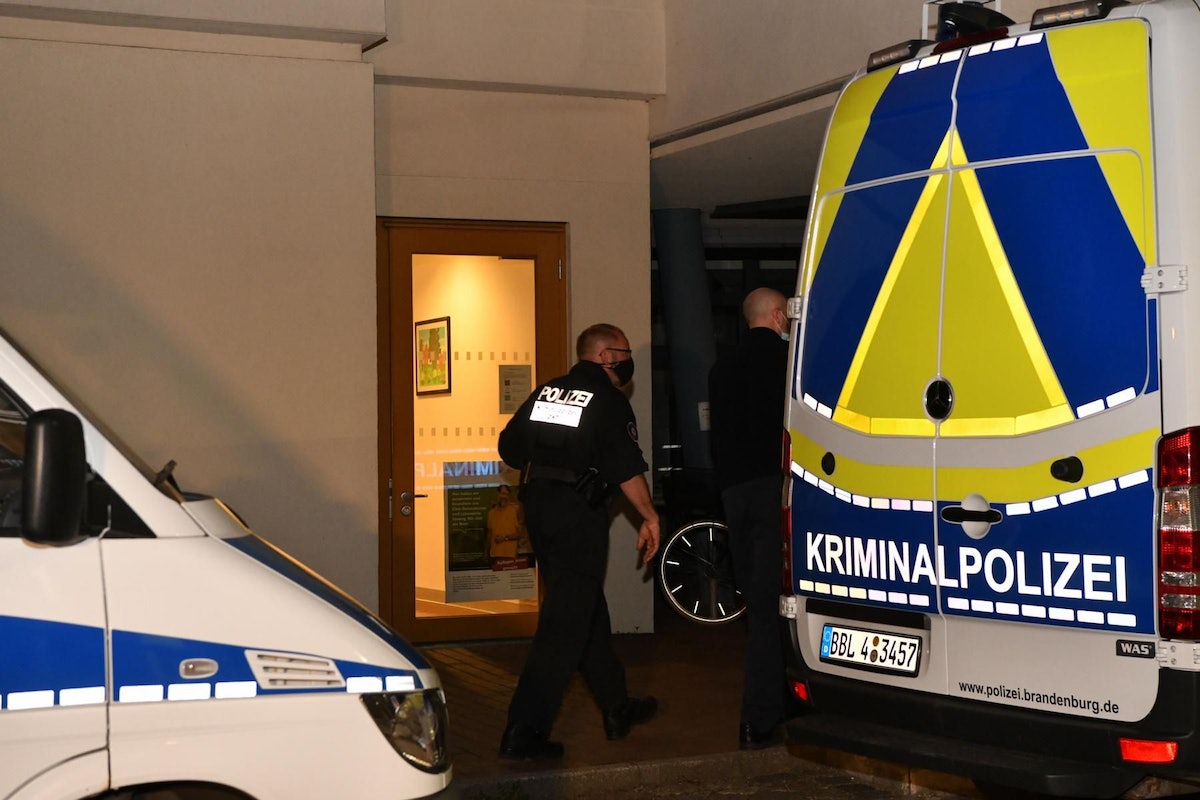 Potsdam-Four people were found dead late Wednesday in a home for the disabled in what is one of the most serious crimes in decades in Potsdam, the leafy Berlin suburb. A fifth victim was found with serious injuries. Police only discovered the crime after the husband of the suspect - an employee of the residential facility - reported the crime.

The 51-year-old suspect told him about the crime on Thursday evening when she returned home from work, Berliner Zeitung learned. Detectives assume the victims died from "extreme violence" - they were attacked with a knife, according to tabloid Bild. The victims lived at the Oberlinhaus Thusnelda-von-Saldern-Haus facility on Rudolf-Breitscheid-Straße in Potsdam's Babelsberg neigbourhood. Police confirmed the arrest of a 51-year-old woman under "urgent suspicion".

"A total of four people with fatal injuries and another seriously injured person were found in four separate rooms of a single ward," the Polizei's Heiko Schmidt said. Police Thursday refused to confirm a knife as murder weapon.

Prosecutors have sought a warrant for manslaughter because "some attributes necessary to charge her with murder are not present," Potsdam prosecutor spokesperson Hanna Urban told news agency AFP on Thursday. The woman is to be brought before a magistrate on Thursday afternoon, she said. The spokeswoman refused to divulge more details on the decision against murder charges.

"The exact course of events and the circumstances of the crime are still unclear and are the subject of ongoing investigations," a police statement said. No motive is yet known.

Police apparently don't suspect the woman of mental illness since no request has been made to move her to a psychiatric hospital. It's unclear if the suspect has spoken with police about the allegations.

One severely injured person was taken to hospital.Photo: Morris Pudwell

More information on the victims is being withheld until relatives can be notified, though Tina Mäueler, area director of housing at Oberlin Lebenswelten, said two of the victims had lived at the home since childhood.

In addition to a clinic, the complex where the crime occurred includes daycare centres and schools, workplaces and living areas for people with disabilities as well as counseling facilities. It is run by a religious organisation.

Matthias Fichtmüller, the facility's theological director, said the deaths "knocked us off our feet."

A memorial service will be held in the Oberlin church Thursday evening.