The UK was a trailblazer in vaccinating its population but Boris Johnson’s Freedom Day makes Germany’s messy Covid response seem rather sane. 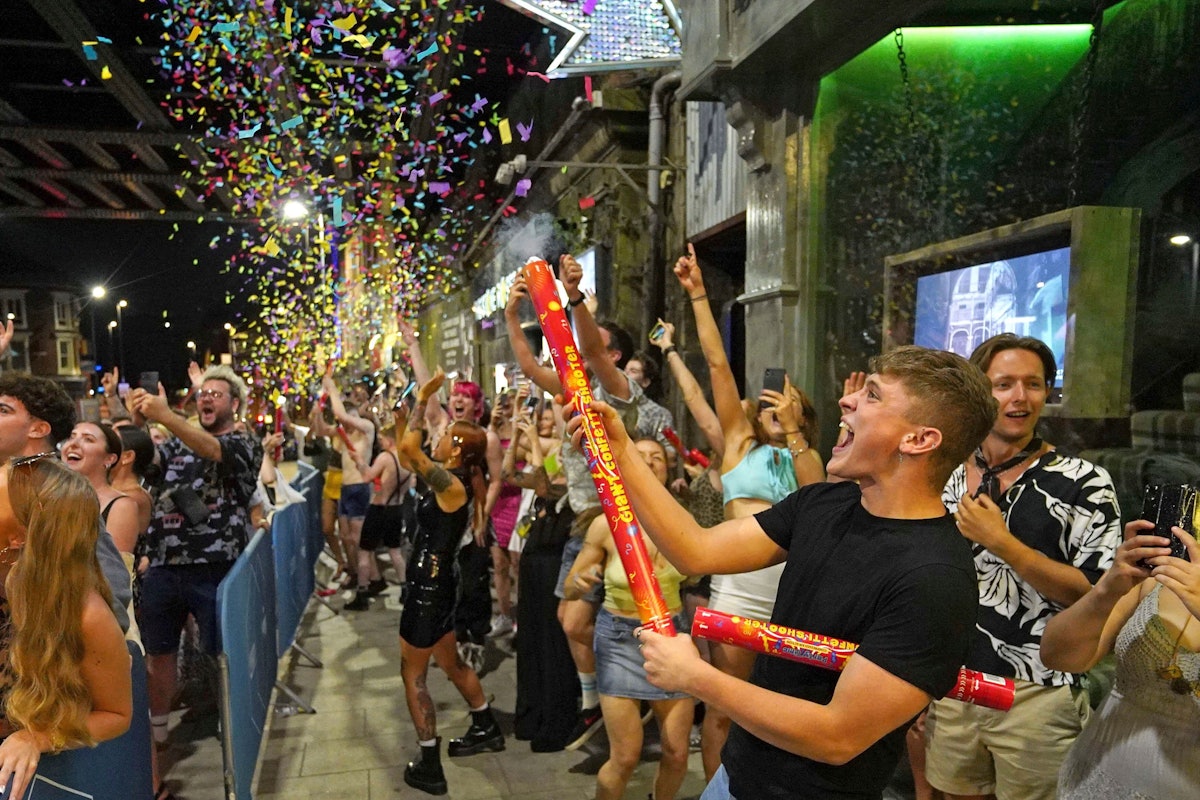 Revellers celebrate the start of "Freedom Day" at midnight on 19 July in Leeds, England.Ioannis Alexopoulos/PA/dpa

Berlin-The reports coming out of London were surreal. At midnight last Sunday, the legendary nightclub Fabric opened its doors to partiers for the first time since March 2020. Hundreds of twentysomethings queued for a chance to dance in the storied venue. Prime minister Boris Johnson’s “Freedom Day” was underway. The day that all corona rules on masks, social distancing, showing test results or proof of vaccination were dropped. Clubs in England are now merely advised by the government to ask guests for corona test results and vaccine passports – but not required to. And by all accounts, very few venues did ask on Sunday night. The same goes for the pubs, those most English of institutions, where drinkers squeeze into tight bars and shout over one another as they tip back pint after pint. Freedom indeed. Is Ischgl long forgotten?

As someone who’s lived for roughly equal parts of his life in the UK, the US and Germany, I’ve spent this pandemic eyeing the response in the Anglosphere. Every couple of months I’ve changed my mind about which country I’d rather be in. During the first months of corona, Germany was it. The resolute, yet comparatively lax lockdown in spring 2020 seemed like the right response to a rampant disease we knew very little about without trampling people’s basic rights too much.

Come autumn, I had the feeling that Germany was losing its shine: the health authorities were communicating by fax. The 16 states were updating their own corona rules every week. Meanwhile, the UK and US forged ahead with efficient vaccine programmes. Germany and the EU hadn’t bought enough of the stuff, and Teutonic bureaucrats couldn’t get their heads out of their arses long enough to set up a straightforward vaccination drive. The mess prompted me to pen a rant for the Berliner Zeitung titled “The Myth of German Order” which struck a chord among Germans and foreigners alike. In winter 2020-2021, Germany – with its make-it-up-as-you-go-along corona policies – felt broken and defeated.

Fast forward to May. German GPs were jabbing people by the hundreds of thousands per day. Free testing was on every street corner. Infection rates were plummeting. The cautious, step-by-step opening up of different aspects of life seemed mostly rational (but I have yet to understand why the blue surgical masks and not FFP2s are suddenly okay in shops again, but not on transport).

Cut to London. Boris Johnson proclaiming Freedom Day – a call to the English to take more personal responsibility – felt fantastically hollow coming from a man who has the same hairstyle as my two-year-old and who sometimes forgets how many children he has fathered. But seriously, the opening up of everything including clubs and pubs amidst the surge of the Delta variant feels nuts. After endless lockdowns that were harsher than anything Germany saw, the Tories seem hellbent on letting the virus run rampant among the young.

And the consequence? Health experts across the UK warn Covid wards will be packed again by mid-August. For vulnerable people and their families, Freedom Day meant exactly the opposite: a rise in anxiety about Covid as the virus has free rein in the English population.

Boris Johnson’s messaging is always confusing. He’s already backtracking on “freedom”. Not even a week after Freedom Day, the PM was talking about possibly making corona passports mandatory to enter nightlife and event venues by September. But what about all those ravers packing the clubs right now?

Germany’s Covid policy journey has been a zigzag as well. But thankfully the country isn’t run by a gang of libertarian populists led by a witty Etonian clown. Politicians here seem dull in comparison – but at least they appear to give a damn about people’s lives.