The health minister went out of his way to showcase a government cooperation with the Silicon Valley search giant.

Berlin - More than 90 per cent of Germans prefer Google when they reach for a search engine. That stat has been fairly constant for years, meaning users seem to be pretty satisfied with the site. "Googling" entered our vocabulary what feels like decades ago.

But it's still baffling that Health Minister Jens Spahn (CDU) announced a cooperation with the Silicon Valley behemoth during a major government press conference on Tuesday. In future, the search engine will present the answers of Germany's national health portal gesund.bund.de in a prominent, highlighted info-box.

Surely a helpful and necessary step as ever-more people search online for information on health and diseases before they head to the doctor. Such pages should be able to be found quickly and reliable information should be highlighted. Google, with its market dominance, can make this happen.

Still, the other search providers aren't entirely insignificant and the Health Ministry's decision excludes them. In other words, Google is getting favourable treatment, even though there's no need to do so: the others engines are equally capable of providing the same service.

Google got to show off its nice side.

Jens Spahn once again shows that he lacks an understanding of how the digital world works. Even before the introduction of the German Corona Warning App, he irked people by saying he wanted to allow the authorities to parse infected people's data without their consent. He also often clashes with data privacy experts in discussions on issues such as electronic patient records.

If you think about the future of the health system it becomes even more worrying. Digitalisation is playing an increasingly important role - as the corona crisis has shown. Even if Germans' reception of the app has been lukewarm, more than 20 million people use it and it does help trace chains of infection. Health authorities could process corona tests more effectively if they had better equipment. Often, they still use fax machines.

Moreover, for years medical researchers have been asking for access to patient data on the course of diseases, previous illnesses and the use of medicines. This information could be provided by a digital patient file. But would it be secure and where would the data be stored? Spahn said on Tuesday that Europe had to establish itself in this field to prevent control by China's Alibaba or, yes, Google. Sounds like fear of a monopoly.

While in the US, there's talk of breaking up the big tech corporations, Spahn rolled out the red carpet for Google in Berlin. What he also failed to mention: European courts have recently condemned the ease with which EU citizens' data is transferred to the United States - by the likes of Google, obviously.

Sounds worrying. And it begs the question of why the Health Ministry gave such a high priority to its partnership with Google, boosting the US company's reputation in Germany, already a market where it makes a tidy sum with every click. A short press release would have done the trick.

Google got to show off its nice side. Unsurprisingly, Philipp Justus, Google's Germany boss, casually dropped a reference to Google's cooperation with the Robert Koch Institute in the roll-out of the Corona Warning App. 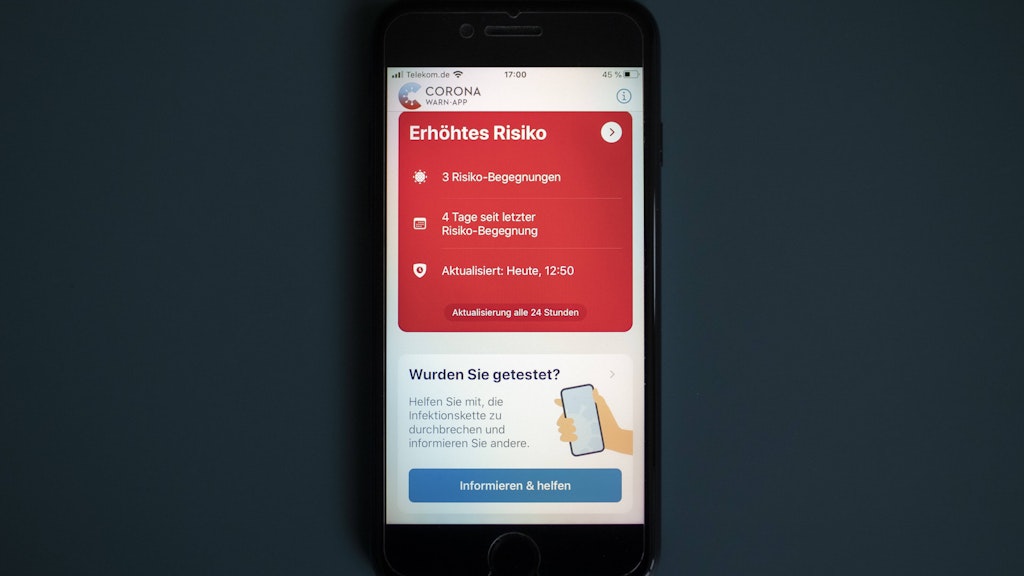 He might as well have said: if Apple and Google hadn't helped out, the app would never have worked properly since they control the two dominant smartphone operating systems - showing once again how dependent Germany and Europe are on Silicon Valley.

And so it shall remain, it seems, for the foreeable future. In any case, Health Minister Spahn has done everything he could to give Google some free publicity. And for no good reason.