German women killed in domestic violence once every three days

New statistics show the country's domestic abuse figures are on the rise. There are warnings of hidden victims and a surge in violence due to corona. 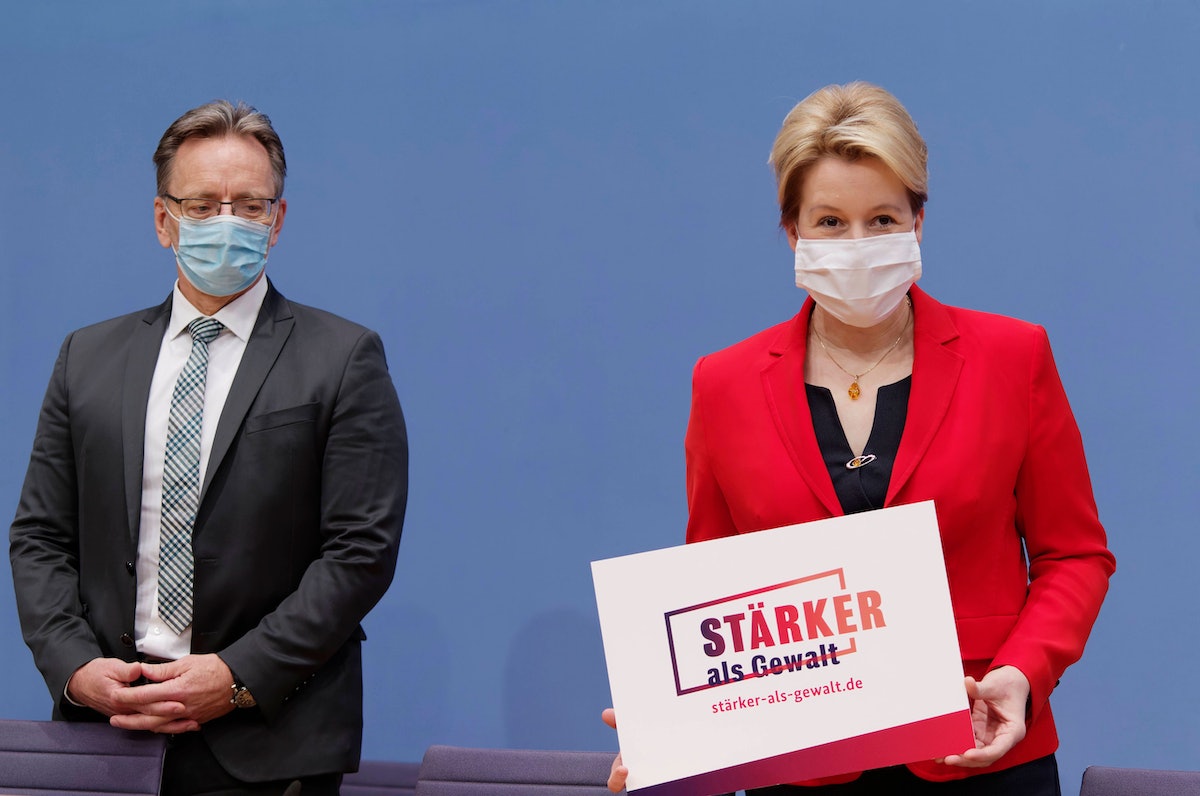 Berlin-Domestic abuse has risen in the last year in Germany, new statistics from the Federal Criminal Police Office (Bundeskriminalamt, BKA) show. Among them are figures revealing a woman is killed by her partner once every three days, sparking a warning that violent abuse has probably risen even more during the corona crisis.

In 2019, police recorded 141,792 cases, charting an increase of almost 1 per cent from 2018. But those were just the cases officials know about - police acknowledge domestic abuse is one of the crimes they know the least about. The number of unreported cases is high because it usually takes place behind closed doors, because victims are scared or ashamed to report it or because neighbours who overhear abuse often don't contact the police.

Presenting the statistics at a press conference on Tuesday, BKA president Holger Münch and Franziska Giffey (SPD), the government's minister for family affairs, said this meant conclusions about the real increase in violent abuse could only be drawn to a limited extent. They said if more cases were known, it could encourage more people affected by violence to go to the police.

Most victims were in the 30-40 age group, followed by age 40-50. Münch believes it is possible that the willingness of victims to testify increases with age, which is why the numbers in these age groups are higher.

"It is very likely that the corona pandemic has further exacerbated the situation," Giffey added. She went on to emphasise that shedding light on the unknown number of unreported cases was vital "in order to capture the true extent of stalking and violence within relationships".

So far, it has not been possible to detect an increase in offences in connection with corona, Münch said. "But great care must be taken when interpreting the figures. There have already been some early surveys which indicate that corona has meant an increase in the risk of violence." Because of isolation during the pandemic, victims' work colleagues or doctors often might not spot the signs of domestic abuse.

For this reason, the BKA, together with the Ministry for Family Affairs and the Interior Ministry, is planning a nationwide gender-neutral survey. The chart below shows the numbers of male and female victims of violence in a relationship over the last five years. Both have shown steady increases in reported cases, but the proportionate gender split has been relatively consistent.

What help is available in Berlin (and not just in German?)

This article was adapted from the original German for the English Edition by Elizabeth Rushton.