Germany pledged €1b - but Herero and Nama leaders aren't satisfied.

Berlin - Historians consider the massacres of the Herero and Nama people in what is now Namibia by German colonial troops to be the first genocide of the 20th century. After years of negotiations with Windhoek, the German government said Friday it will acknowledge the genocide - and officially apologise for the atrocities that were carried out between 1904 and1908. While Germany has pledged €1.1b in support for present-day Herero and Nama communities, the act is primarily symbolic. Recognition of the genocide does not result in a legal obligation to make reparations.

German Foreign Minister Heiko Maas (SPD) said on Friday that he was "pleased and grateful" that it had been possible to reach an "agreement with Namibia on how to deal jointly with the darkest chapter of our common history".

"We will now officially refer to these events as what they were from today's perspective: a genocide."

How Germany's financial contribution should be labelled was the subject of heated debate during the negotiations. Officially, the agreed payments are not "reparations" since the UN Genocide Convention of 1948, which was ratified in Germany in 1955, does not apply retroactively.

German South-West Africa - present-day Namibia - was a German colony from 1884 until the First World War. In 1904, the Herero revolted after German settlers kidnapped indigenous women, and stole land and cattle. Within a few days, the rebels killed 123 German civilians.

The colonial troops of the German Empire reacted with brutality. After the defeat of the Herero in the Battle of Waterberg, German soldiers drove the surviving men, women and children into the Omaheke Desert and blocked their access to water sources. The German colonial governor, Lothar von Trotha, ordered the extermination of the entire Herero people.

"Inside the German border, every Herero with or without a rifle, with or without cattle, will be shot," von Trotha declared. At least 60,000 Herero were killed. Survivors were taken to concentration camps. At the beginning of the 20th century, Hereros made up about 40 per cent of the population of what is now Namibia. Today, they account for seven per cent of Namibians. 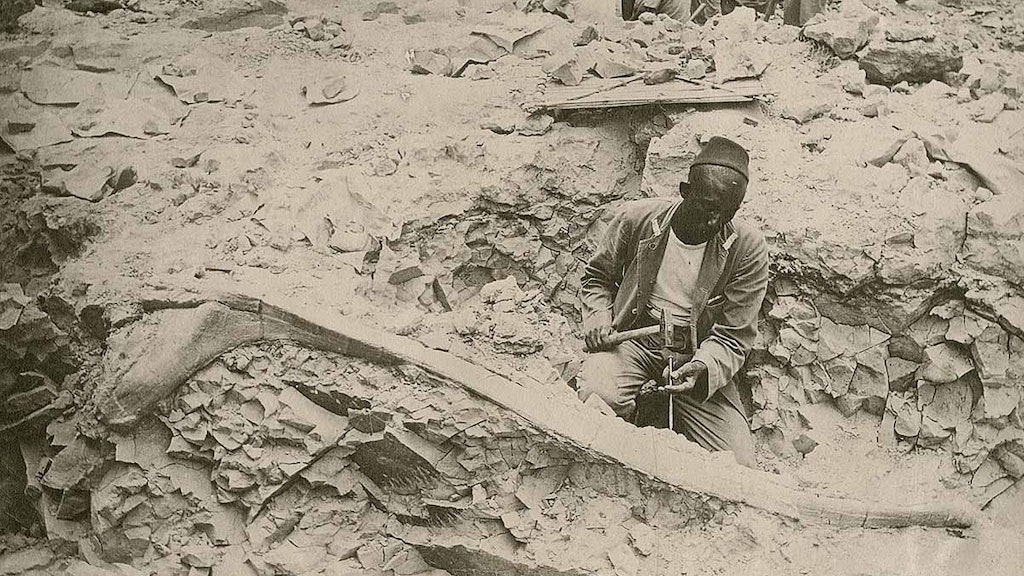 DecolonisationHow the Berlin Natural History Museum is tackling its colonial past

The Nama also rose up against German colonists in 1904. Around 10,000 people died in their brutal persecution. Victims' associations speak of 70 per cent of the total Nama population.

The negotiations between Germany and Namibia over colonial crimes began in 2015. Over the course of the process, Germany returned to Namibia the remains of indigenous people that had been taken to Germany. At a restitution ceremony in 2018, Minister of State Michelle Müntefering (SPD) asked the Namibian government for forgiveness for the "terrible injustice" of the German colonial period.

The negotiations stalled when some traditional representatives of the Herero and Nama filed a class action lawsuit against Germany in New York in 2017, with which they hoped to force direct negotiations with the German government on reparations. The lawsuit failed - but the criticism from victims' associations that they were not sufficiently involved in the German-Namibian negotiations remains.

Although the Namibian special mediator Zed Ngavirue is a prominent Herero, non-governmental victims' associations in Namibia were excluded from the talks,  the alliance "Völkermord verjährt nicht!" ("Genocide has no a statute of limitations!"), of which the association Berlin Postkolonial is also member, has complained.

In a statement sent out by Berlin Postkolonial, the traditional leaders of the Herero and Nama, Vekuii Rukoro and Gaob Johannes Isaack, see the German-Namibian reconciliation agreement as a "PR coup" for Germany. Rukoro and Isaack demand German "reparations for genocide" against Namibia - and thus recognition of the genocide, also in the sense of international law.