Corona and community : Give something back to Berlin - despite corona

One of Berlin's most highly decorated social integration projects has faced obstacles during lockdown - but is determined to keep its doors open online.

Berlin - Now that Germany is back in lockdown, bars, theatres and the like have closed once again, but other victims of the restrictions are sometimes less visible. At Give Something Back to Berlin, a Neukölln-based organisation supporting social integration for immigrants, staff fear they will lose touch with some of the most vulnerable people in their programmes. Zoom is not something everyone has equal access to.

Pre-pandemic, all the charity’s activities took place face-to-face, either at the Refugio Sharehouse in Lenaustraße, or out in the city as part of civic engagement projects. Music lessons, art workshops, language exchanges and cooking classes all moved online following the harsh spring lockdown - although as that eased, activities resumed with smaller group sizes and participants having to register in advance.

The “lockdown light” that began on 2 November has now brought that to a halt as well, leading staff to acknowledge that reaching all their regular visitors may now be impossible. Gaby D’Annunzio, a GSBTB volunteer originally from the UK and coordinator at its Open Music Lab, which holds music-making workshops, says the impact of losing in-person meetings has been clear from the start.

“When the pandemic first kicked off and we had to close everything, we got lots of messages from people saying they missed having these spaces where they can connect and express themselves without feeling judged or excluded,” she says.

“We’ve maybe lost some of the more vulnerable people - we haven't heard from them these past few months,” she adds. “There’s inequality in access to information, and in music as well - not everyone has the means or a space where they feel safe to be creative.”

New Zealander Tom Young, GSBTB’s programme manager and project manager for its Open Music School, agrees, saying inequitable access to technology is at the root of people now falling through the cracks.

“There are plenty of people living in Berlin without WiFi,” he told us. So that the music teaching he provides can continue virtually, he has been lending out instruments like guitars and ukuleles to those without one at home, and recording content to create a digital learning library - but says that won’t cover all bases.

“We're obviously moving things online to protect those who might be vulnerable for health, political or social reasons. But at the same time, we have to acknowledge that it is harder for certain people to get access, and that's frustrating,” he continues.

Having seen the pandemic play out through the eyes of those who take part in GSBTB’s activities, both Tom and Gaby have been disappointed with the quality of information available on the pandemic in languages other than German.

“Just last week I had multiple conversations with people where they were asking about how serious this is, and when would we be going online,” Tom says.

“I guarantee there are people living in Berlin right now that haven't heard about this lockdown, who don't really know what's going on.” His music classes had become places people who lack German skills can keep informed on the latest developments and restrictions around corona - and he adds that for some of the most socially isolated in Berlin’s immigrant communities, in-person meetings were “a lifesaver.”

The pair say the pandemic has highlighted the importance of in-person events for building connections between people. But since the second lockdown came as no surprise, they were already preparing to move even more activities online. The transition has given them pause for thought of how GSBTB could do things differently in the future.

One initiative in the works is a radio show produced by the Open Music Lab project that Gaby is involved in. “Something we’d never considered before this was using a platform where we can broadcast and our participants can share their music, but also their voice and their stories,” she says. “I think doing that is so important, it’s what makes us human.”

“I think something we've learned from the pandemic is that we actually have a platform to reach a much wider audience and share knowledge as well as educate. What we can do is not just within the space of a classroom.”

Her hope is that a wider platform will bring GSBTB’s inclusive ideals to an audience that might not be so like-minded. “A lot of the time the fear towards people coming into the country is because people don't see them as human, so I think it's so important to tell stories, to give people a voice. There's still a lot of work to do in that respect.”

Tom agrees, acknowledging that whilst Berlin is “pretty liberal when it comes to social progressive ideas,” that has its limits. He says the story outside the S-Bahn ring is often very different and refers to the wider support there for the far-right AfD and neo-Nazi groups.

It might seem cute, but this is serious work. It really is creating these spaces where people can feel safe and talk with one another.

In that sense, Tom and Gaby believe the work GSBTB does goes beyond helping foreigners get involved in the city and maintain connections during the pandemic. It also serves an important political purpose. The organisation had humble beginnings in 2012 when its Swedish founder Annamaria Olsson wrote a Facebook post looking for other foreigners in Berlin to get involved in a volunteer “expat integration project”.

Its work with Wahlberliner (“Berliners by choice”) from more than 60 countries has now been recognised by bodies from the European Council to the Berlin Senat. It has been held aloft as a glowing example of community-building, and the team has met with senior German and international politicians - including former US president Barack Obama - and foreign royals. 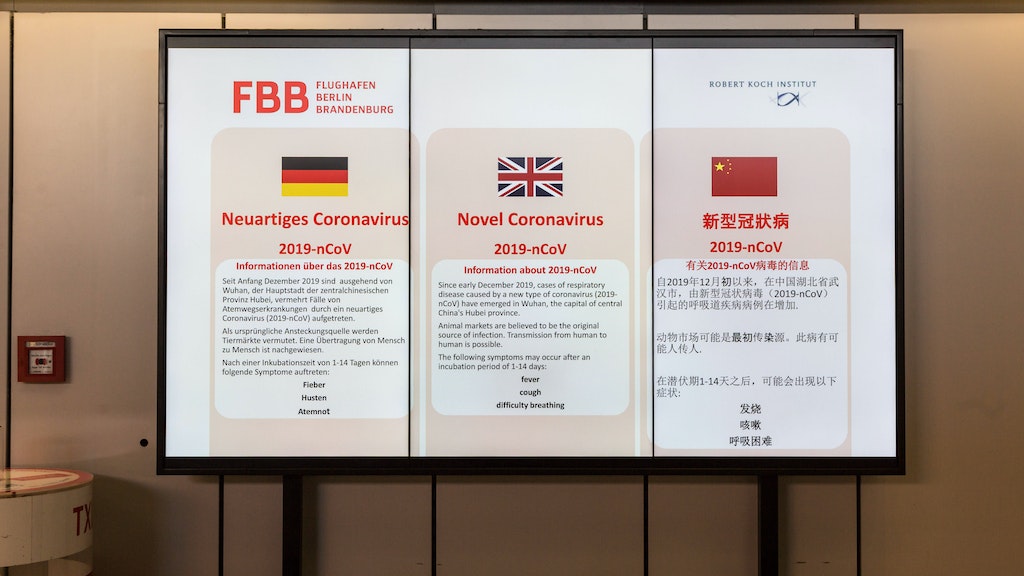 “I feel like our world is becoming more polarised, and I think it makes it all the more important to create spaces where people can come together and realise that it doesn’t matter where you come from,” Gaby says. “When there is so much division in the society that we live in, and even with social media, that can be quite hard.”

“These things we’re doing are really powerful against the nationalistic or straight up racist narratives that we're fighting against,” Tom says.

“It might seem cute, but this is serious work. It really is creating these spaces where people can feel safe and talk with one another. You end up with Israelis and Palestinians, and Eritreans and Sudanese, and French and Germans together in a room talking with one another, and it’s beautiful.”