The police are heralding deployment of a special unit against dealers as a big success. But a citizen's initiative says it's ineffective and racist.

Berlin - It doesn't take long after arriving in Görlitzer Park in Kreuzberg one evening. "Who are you looking for? An Erik? You don't want drugs?" asks one of the young men ignoring the rain while standing in the dark at the park entrance on Falckensteinstraße. A police van drives by, but no one cares.

Since January 2020, a 125-officer "hotspot and presence unit" (BPE) has been patrolling "hotspots" such as Alexanderplatz, Kottbusser Tor and Görlitzer Park.

And Berlin police are calling the project a success after its first year: 249 arrests, reports on 2,750 criminal offences and 836 misdeamenors, 10,000 units of narcotics seized, according to a recent report. And: "a significant increase in security".

The residents' initiative "Wrangelkiez United!" is among those that disagrees about the success of the BPE project. "We're criticial of this assessment because many problems have merely gone elsewhere – and let's not even talk about potential solutions," says spokesperson Erik Meyer. He refuses to give his real name and wants to meet in Görlitzer Park despite the rain. The young men there hardly pay any attention to him. 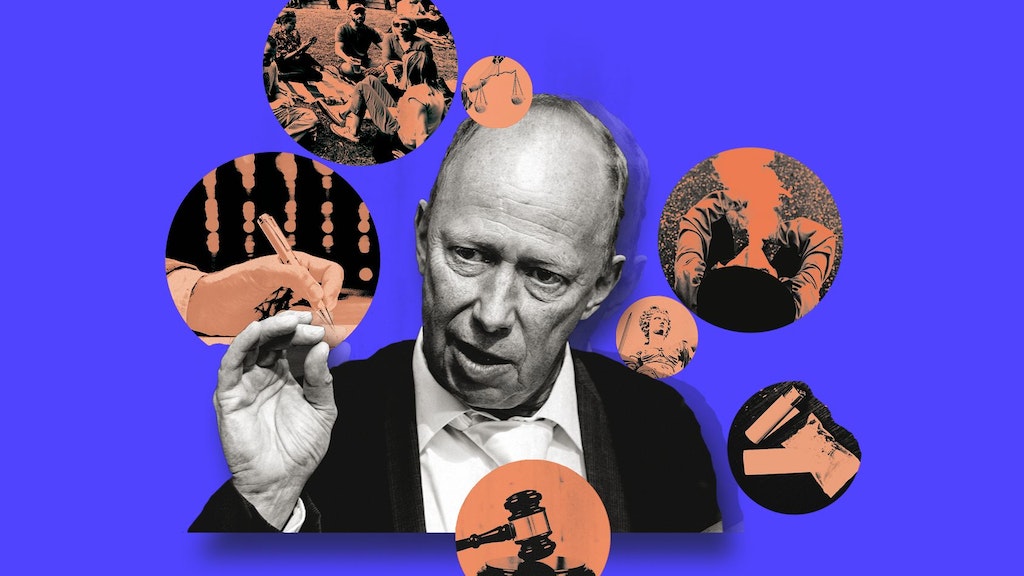 Q&A "The worst side effect of a joint is law enforcement."

Meyer comes armed with statistics. The initiative joined Die Linke parliamentarians Anne Helm and Niklas Schrader to submit a parliamentary enquiry to Berlin about the police operations in Görlitzer Park.

Meyer calls the results, which he received in late December, sobering: "Personnel expenditures have more than tripled and the scope has expanded, but the number of suspected offences hasn't increased significantly," he says. It's hard to calculate how much the special unit in the park costs the taxpayer; Meyer estimates about 30 full-time police positions are needed for the ongoing operation.

"We demand that the money be used more sensibly and that more support be provided for the people in the park."

What is striking about the figures - available through November 2020 - is that with three times as many deployment hours (97,402) as in the previous year, just under a quarter more drug offences were reported (1,735), mostly for possession rather than trafficking.

The number of park expulsions doubled (2,772) and the number of park bans issued by police more than quadrupled (103). The classification of the park as a "crime-ridden zone" was extended to surrounding streets. The third-most common crime are violations of residence and asylum laws (549).

Rather than highlighting a battle against drug dealing, the numbers instead seem to show that the additional manpower is being used to issue temporary expulsion orders against migrants who have never been caught dealing.

So is intensified policing the wrong solution to the problems the Kreuzberg park has faced for decades?

"Yes, there is drug dealing, violence and other problems in our neighbourhood," says Meyer as he walks down Falckensteinstraße from Görlitzer Park to Schlesisches Tor. "That isn't new, nor are there specific groups of people to blame for it."

According to the activist, the patrols are meant to scare off the dealers but they are often forewarned so they retreat only to return quickly. Dealers have also been spotted in the streets around Görlitzer Park and Kottbusser Tor, which have also been declared crime-ridden areas, meaning police can check people without grounds for suspicion.

"We as a residents' initiative want more social support such as language courses and counselling services instead of more police," says Meyer, who of course does not speak for all neighbourhood residents with his ten-member initiative. Many residents are annoyed by drug dealing on their doorstep or feel harassed by it.

If the many stickers and posters on walls and lampposts are anything to go by, many residents feel the need to speak out against racism: "In addition to a massive police presence, we're seeing an erosion of our fundamental rights," says Meyer, referring to racial profiling or targetting by police based on perceived racial or ethnic characteristics.

To make his point, Meyer invites people to Görlitzer Park again the next day. A lot of young men are out despite the winter weather. "Everything okay?" one of them calls.

Meyer introduces us to Wainaina Kiagiri. The Kenyan has been living in Germany for 10 years as a "tolerated refugee", and volunteers at a centre for the homeless and for Wrangelkiez United! He says he has never sold drugs but is frequently stopped by police when he is in or near the park, which is why he doesn't like going there anymore.

"I'll just be standing around with friends, and then someone comes and asks for my ID," he says. "It's all about appearance, whether Afro-Germans or foreigners ... the police hardly ever check people who look German."

According to the Senat's answer to the parliamentary enquiry, the demographics of people buying drugs is extremely mixed but "they are often male adults of German nationality."