Gorillas now in hot water with district officials too

The company has been the bane of neighbours who have to slalom between deliveries stored on the sidewalk in front of neighbourhood warehouses.

Berlin - Yet more trouble for grocery delivery service Gorillas. Pankow officials are irked that the Berlin start-up has been using a sidewalk in Prenzlauer Berg as an ersatz warehouse and have now levied a fine in the high hundreds after Gorillas didn't respond to its warnings, according to Tagesspiegel.

However, the borough in northern Berlin reportedly admitted that there's little it can do.

"Management didn't respond to an order banning its sidewalk activities," Pankow politician Daniel Krüger (AfD) was quoted by the paper. "The situation remains the same - the sidewalk is being used and there are even sometimes vans."

The rightwing politician said the borough will now send a fine but it's unclear if it will lead to Gorillas no longer clogging the sidewalk with empty beer crates and deliveries, as well as its bikes.

"The company is already working on improvements," a spokesperson said in a brief email.

The Tagesspiegel reported that Pankow lacks the manpower to take any more aggressive action. Neighbours of other delivery service neighborhood warehouses - including those of Gorillas and Flink - have complained of congested roads and sidewalks because of deliveries to the warehouses. 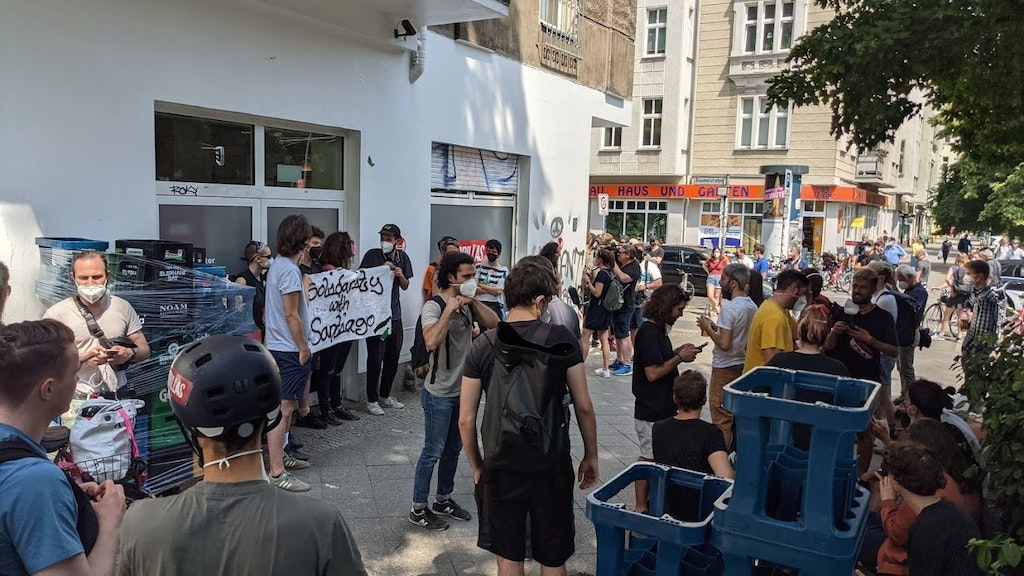 Gorillas promises to deliver groceries within 10 minutes in a handful of neighbourhoods in Germany and recently gained international attention by raising €245m in a March fundraising round that valued the upstart at over €1bn. The company, led by CEO Kağan Sümer, has reportedly stumbled in a new round of fundraising where it hoped to reel in €1bn and expand to New York.

Employees earlier this month also staged a series of wildcat strikes after an employee was fired at short notice. The workers wanted the employee reinstated and better working conditions but haven't struck since.

The company didn't immediately respond to a request for comment.